A "Glocal" network of Jewish doers, We’re about using our Jewish-Israeli communities network to encourage the replication and adaptation of innovative ideas and practices globally. We work with Israeli and overseas Jewish Doers who have an interest in building community, in Jewish issues, and in the power of the Jewish collective.

The causes that young North American Jews are willing to rally around are also changing. The ME generation’s interests have shifted away from the Jewish collective towards idiosyncratic or cosmopolitan causes. Within less than a decade, community and civic leaders who have had little or no exposure to the power of the global Jewish collective will emerge on both sides of the ocean.

There is thus a need to raise the consciousness of emerging community leaders to the challenges and opportunities facing both American Jewry and Israeli society, to the potential power of Jews acting together as a collective, and to their role and responsibility in securing a common Jewish future.

Our goals are to raise participants’ awareness to the big challenges and opportunities facing the Jewish People today; to translate their knowledge and experience into social entrepreneurship and action in the context of the Jewish collective; and to cultivate a network of emerging community leaders and Jewish Doers with a strong sense of mutual responsibility and a commitment to working together towards a shared and thriving Jewish future.

The Program involves exploring the big issues being faced by world Jewry, a 'hackathon' in Israel, where participants will pool their creative resources in order to develop solutions to communal challenges of the Jewish polity, an implementation phase, where participants will receive mentoring and network support for carrying out initiatives locally, and an annual global summit in North America. 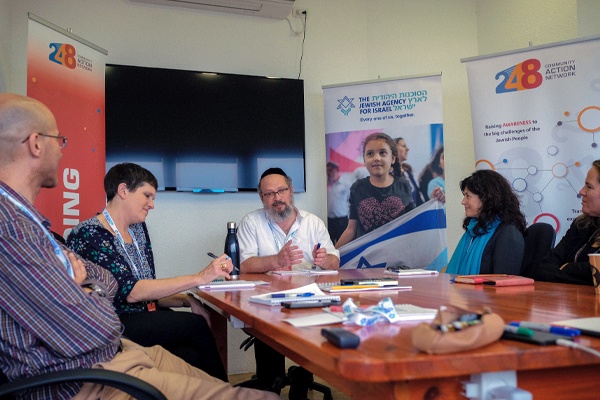 248’s goal is to build local Jewish and Israeli communities while encouraging the replication and adaptation of innovative ideas and practices globally.
REGISTER FOR 248