180 Ethiopian Immigrants to Arrive in...| The Jewish Agency 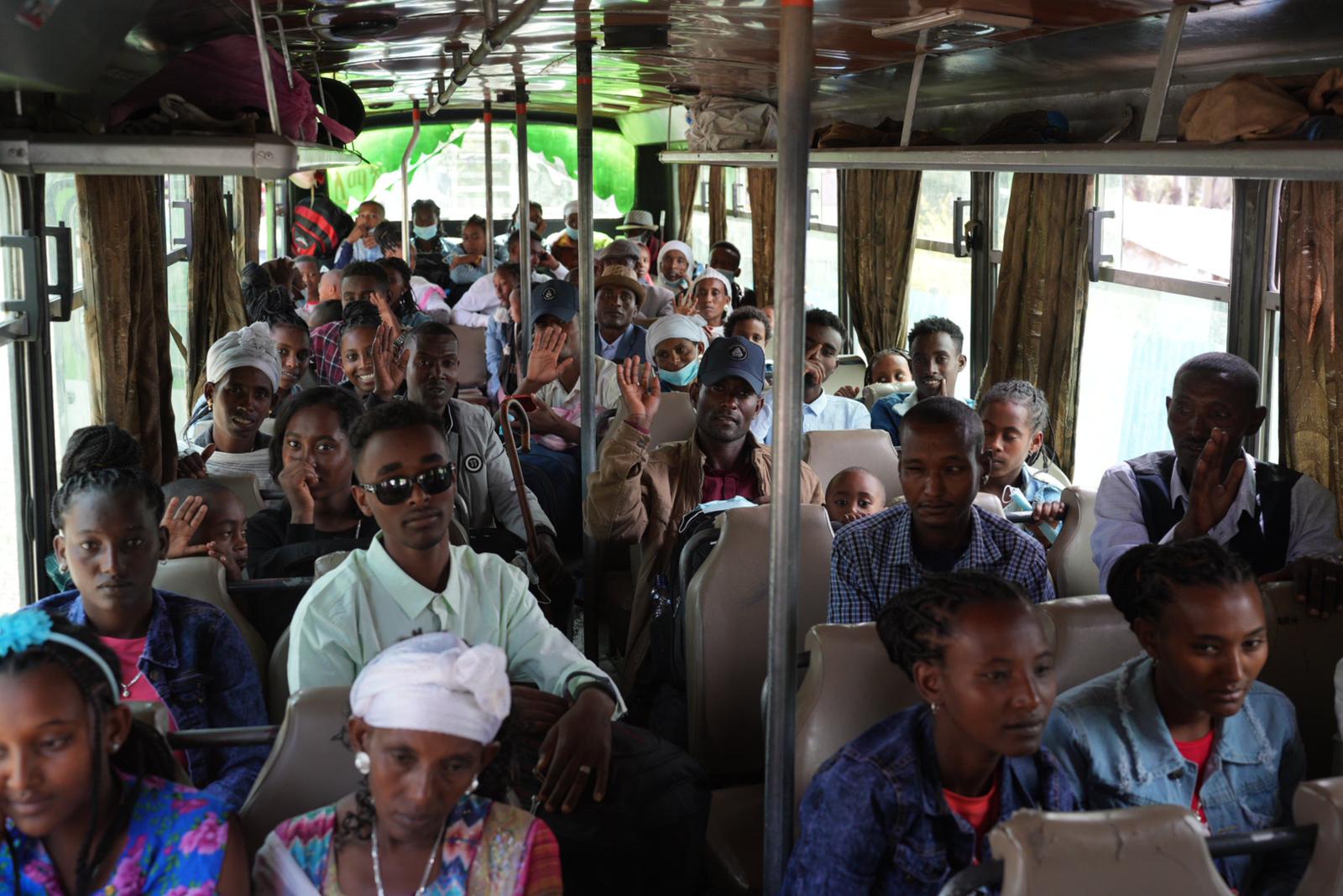 Posted at 12:04h in Press Release by avib
Share

The immigrants will land on a flight chartered by The Jewish Agency for Israel, which is coordinating with Israel’s government to reunite 3,000 Ethiopians with their families.

The immigrants will land on a flight chartered by The Jewish Agency for Israel, which is coordinating with Israel’s government to reunite 3,000 Ethiopians with their families.

Jerusalem, May 31, 2022 — A group of 180 new immigrants from Ethiopia will fulfill a lifelong dream tomorrow, landing at Ben Gurion Airport on a special flight chartered by The Jewish Agency for Israel that will mark the continuation of Operation Zur Israel, the initiative that will ultimately reunite 3,000 Ethiopians with their families in Israel during the coming months.

Wednesday’s arrival will mark the first in a series of flights that are planned from Ethiopia during the next few months, as the prospective immigrants who are reuniting with their families in the Jewish state are currently awaiting Aliyah (immigration to Israel) from Gondar and Addis Ababa. A second flight will land at Ben Gurion on Thursday, bringing 160 additional Ethiopian immigrants as part of Operation Zur Israel.

On Wednesday, the immigrants will be accompanied by Minister of Aliyah and Integration Pnina Tamano-Shata, as well as Chairman of the World Zionist Organization (WZO) and Acting Chairman of The Jewish Agency Yaakov Hagoel. Minister Tamano-Shata and Hagoel were also in Ethiopia to assess the immigrants’ preparations for Aliyah.

“The Government of Israel and The Jewish Agency are prepared for the absorption of these new Ethiopian immigrants,” Minister Tamano-Shata said. “Together, we will make sure that the immigrants finally fulfill their dream, and reach home and their families.”

In addition to the roles of the government and The Jewish Agency, the 3,000 immigrants in the current phase of the operation are arriving in Israel thanks to support from The Jewish Federations of North America (JFNA) and Keren Hayesod, which both started the process of raising millions of dollars to support the cause when the government announced its decision, International Fellowship of Christians and Jews (IFCJ), International Christian Embassy Jerusalem, and friends of Israel from Korea. Senior leaders of JFNA, Keren Hayesod, WZO, and IFCJ will join Wednesday’s Aliyah flight from Ethiopia.

“With the renewal of Operation Zur Israel, thousands of new immigrants from Ethiopia will be able to fulfill their dream and unite with their relatives in Israel after many years of waiting,” Acting Chairman Hagoel said. “With the support of the Jewish people and the Government of Israel, The Jewish Agency will accompany the new immigrants in the process of Aliyah to Israel together with world Jewry. We will also assist with their integration in absorption centers throughout the country, in cooperation with the Ministry of Aliyah and Integration. It is our responsibility to help them as they take their first steps in Israel.”

Symbolically, Wednesday’s flight will come only several days after Israel marked this year’s Jerusalem Day, celebrating the 55th anniversary of the reunification of the Israeli capital, which is also the official day marking the commemoration of the Ethiopian Jews who perished along their journey to Israel.

When the new Ethiopian immigrants arrive, they will transition into their new lives at absorption centers throughout Israel, with the assistance of The Jewish Agency as well as the Ministry of Aliyah and Integration. The immigrants will receive financial support and guidance, including Hebrew language education as well as preparation for integration into the employment market and the education system.

“The North American Jewish community is proud of the way our community is stepping up once again to support Ethiopian Aliyah,” said Jewish Federations President and CEO Eric Fingerhut. “These inspiring moments are a reminder of how important it is to invest in the infrastructure of Jewish support organizations, which Federations do year in and year out to ensure we are prepared to act when the need arises.”

“Keren Hayesod works tirelessly all over the world to help those in need. This is happening with the arrival of new immigrants from Ethiopia as it does with the rescue mission in Ukraine that Keren Hayesod supports,” said World Chairman of Keren Hayesod Sam Grundwerg. “I am proud and excited that Keren Hayesod is taking part in important and life-saving operations and reuniting families in Israel. We will continue to be there for the people of Israel and Jewish communities around the world.”

In November 2021, the Government of Israel renewed Operation Zur Israel, enabling an additional 3,000 immigrants to unite with their first-degree relatives in Israel. This same government action stipulates that the Minister of the Interior and the Minister of Aliyah and Integration formulate a comprehensive plan to complete the immigration process for those who are awaiting Aliyah in Gondar and Addis Ababa.

Since the establishment of the State, 95,000 Ethiopians have immigrated to Israel with the help of the Israeli government and The Jewish Agency. In the mid-1980s, approximately 8,000 immigrants arrived through Operation Moses through Sudan. In 1991, 14,000 immigrants arrived as part of Operation Solomon. In the summer of 2013, The Jewish Agency completed its leadership of Operation Dove’s Wings, which brought 7,000 immigrants from Ethiopia. To date, more than 2,000 new immigrants have arrived in the ongoing Operation Zur Israel, with that total expected to grow to 5,000 following the flights that are planned during the next few months.

Beth Kieffer Leonard and Jeff Schoenfeld are co-chairs of the leadership mission to Ethiopia. “From the past to the present, the North American Jewish community has played a central and instrumental role in the process of transforming the dream of Ethiopian Aliyah into a reality — for the immigrants themselves, for Israeli society, and for the Jewish people,” they said. Schoenfeld is Chair of the Israel and Overseas Committee at JFNA and Kieffer Leonard is Chairperson of the Budget and Finance Committee at The Jewish Agency.

These efforts to bring Ethiopian Jews home to Israel are being done in conjunction with The Jewish Agency’s mission to rescue and support Ukrainian Jews. These two complex initiatives done simultaneously reflect the organization’s ability to operate at full capacity all over the world at any given moment, so the world is a safe place for every Jew.