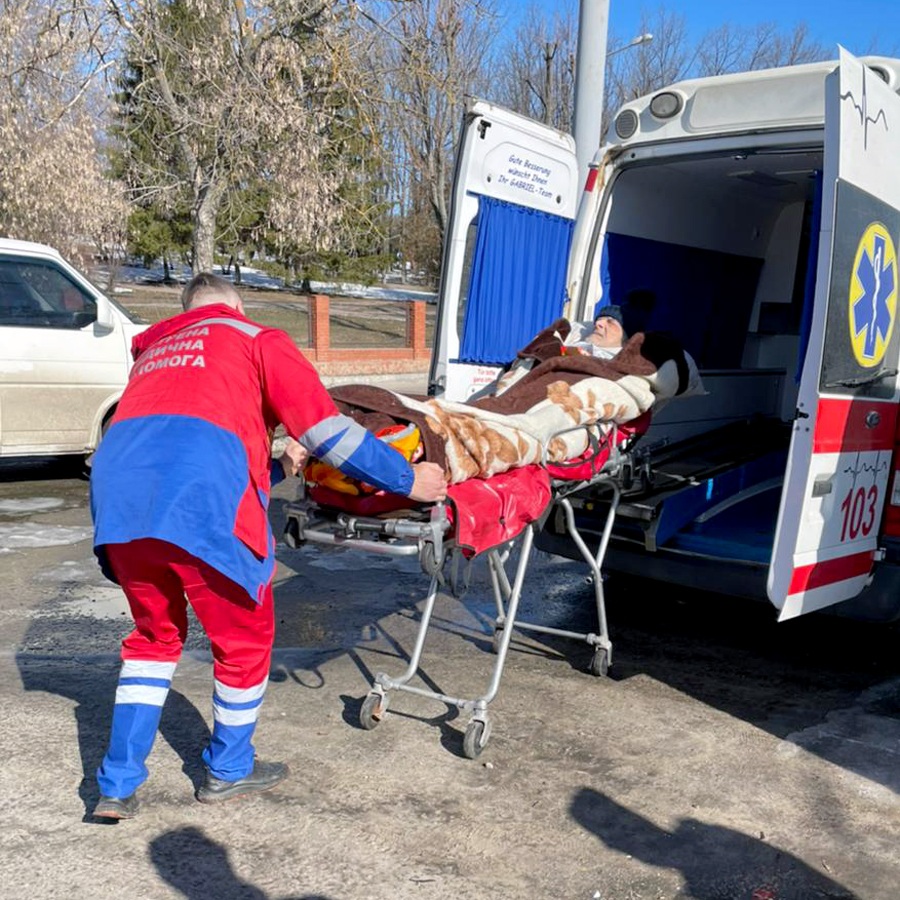 01 Apr A 24-Hour Ambulance Ride from Kharkiv to Warsaw

A 24-Hour Ambulance Ride from Kharkiv to Warsaw
Victoria Simpson worked tirelessly to help her 79-year-old uncle Leonid, who suffers from leg paralysis, find suitable arrangements for the 24-hour journey from Kharkiv to Warsaw. Now, she intends “to learn Hebrew and build my life in Israel from scratch.”

share
Leonid being wheeled out of the ambulance after the long journey | Photo: The Jewish Agency

Victoria Simpson, 34, has all the necessary documents to obtain the status of a Jewish refugee in Germany. Friends who already live there have invited her to join them and receive a status that comes with the generous social assistance provided to Jews by the German government. But Victoria wants to be Israel.

“My heart is connected to this country, even though I have no relatives in Israel, and only a few acquaintances,” she said. “But I know I will be with my people, and therefore I will feel at home.”

Victoria and her uncle Leonid, 79, who suffers from leg paralysis, are expected to undergo the consular examination easily and quickly. The only possession she managed to get out of Kharkiv, Ukraine, which came under continuous shelling, was a briefcase with all the documents she needs for immigration. Among them are the original birth certificates of her mother and grandmother, which substantiate their Jewish ancestry.

In Ukraine, Victoria was an equestrian expert, first becoming interested in horses at age eight. She participated in competitions, was a children’s horseback riding trainer, and worked as a horse breeder in private stables in Kharkiv and in an elite horse riders club in Kyiv. Leonid, her mother’s brother, had worked as a basketball and handball coach. Everything was fine with his health until he fell ill a few months before the war, and now his legs are permanently paralyzed.

In Kharkiv, the area where Victoria’s apartment was located was under fire almost from the first moments of the war. When the shelling began, she ran down to the basement and was forced to leave Leonid in their apartment, because she did not have the physical strength to carry him to the basement. Now, she has a hard time describing the feelings of fear mixed with guilt while sitting in the basement. Fortunately, the house was not damaged.

During the shelling, Victoria tried to find ample space on buses or rescue cars that brought people out of Kharkiv. But there were only seats available, and that did not suit Leonid due to the situation surrounding his health. For more than three weeks, she kept searching, without success.

“My friends already told me to give up and that I had tried everything I could,” she said. “But I knew that if I left without him, I would suffer all my life for leaving my helpless uncle to die alone.”

Without any outside help, as nurses and social workers refused to come to Kharkiv, Victoria continued to care for her elderly uncle. She gave him injections and infusions. She changed his catheters. Thanks to her aunt’s connections, they were finally able to find transportation for Leonid in an ambulance. But the ambulance still had to be reached, and everyone refused to travel to Victoria’s home, which was under almost constant shelling. Finally, a brave driver who was up to the task managed to get Leonid to the ambulance. Victoria also took her dog with her. “She’s like a family member and I could not leave her,” she stated.

The trip to Warsaw lasted 24 hours, during which time Victoria cared for Leonid in the ambulance. Representatives from The Jewish Agency met them in Warsaw and immediately took Leonid to the hospital upon his arrival as he had begun feeling unwell during the journey. Leonid was so weak that the doctors in the emergency room told Victoria he had almost no chance of surviving and unfortunately, Leonid passed away on March 29. He was buried in Warsaw on April 6.

“I have no way back to Ukraine. I intend to learn Hebrew and build my life in Israel from scratch,” she shared. “I am not afraid of any line of work, but I heard that there are horse farms in Israel. I would love to do in Israel what I already know and love — working with horses.” 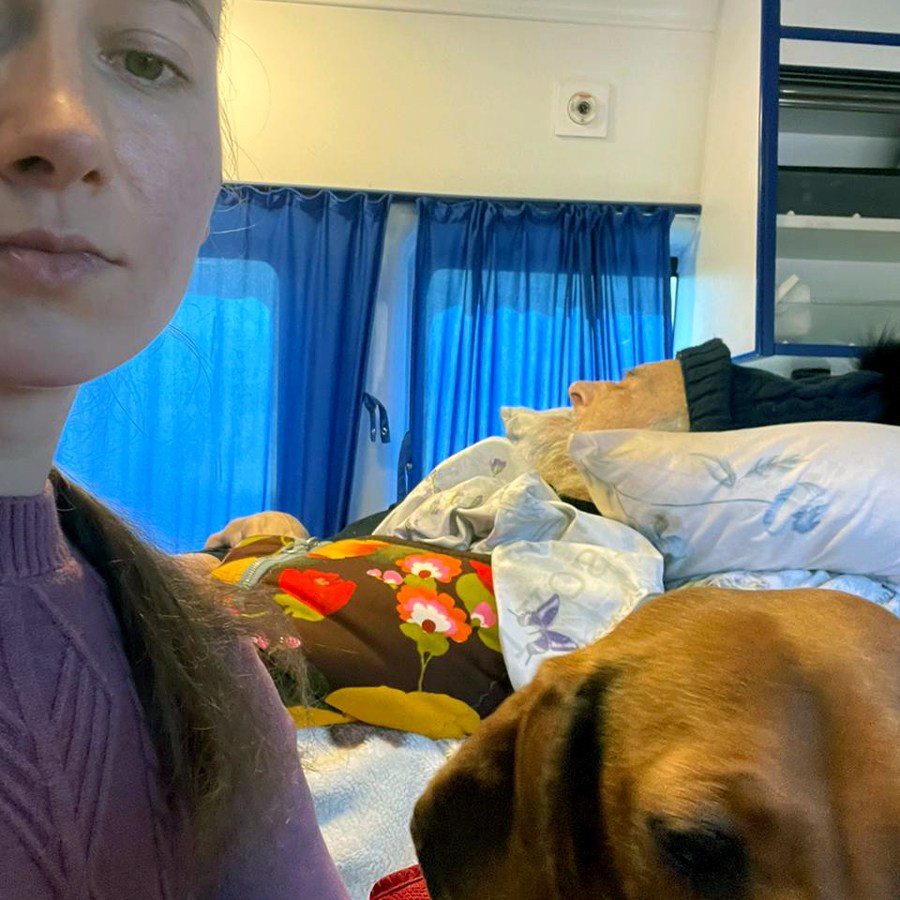 Leonid lay on a gurney in the ambulance while Victoria and her dog sat nearby | Photo: The Jewish Agency