A Global Partnership for LGBTQ | The Jewish Agency 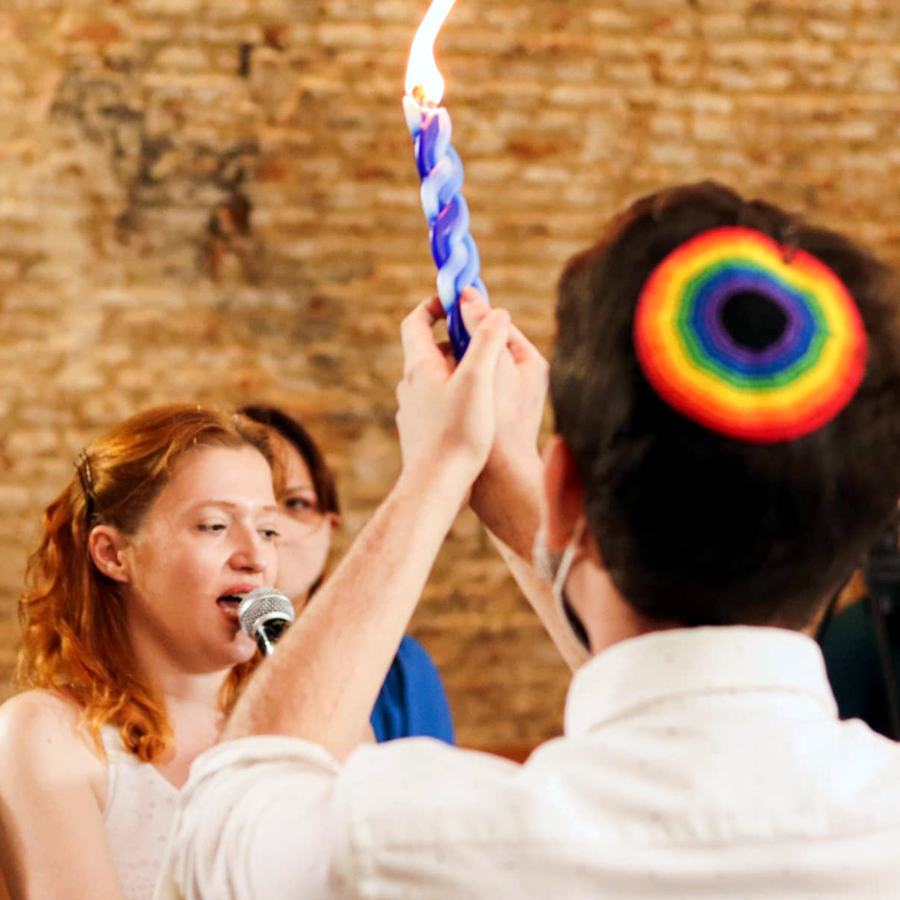 A Global Partnership for LGBTQ Inclusivity
A new Partnership2Gether global partnership is bringing together LGBTQ organizations to learn, share and collaborate in order to further connect the diverse members of our worldwide Jewish community and make it more inclusive to LGBTQ Jews.

To connect Jews from around the world with each other and with Israel in a new way, The Jewish Agency’s Partnership2Gether program is establishing global thematic partnerships, convening leading organizations worldwide around a common value. The Global Jewish LGBTQ partnership, launched in 2021, provides a safe space for professionals and lay leaders from Jewish LGBTQ organizations to come together to learn from each other, pool resources and collaborate.

“When I came out 34 years ago, I felt like I had a choice: to be out and gay or be part of the Jewish community; it didn’t seem like I could be both,” said Ethan Felson, Director of A Wider Bridge, which works to create equality in Israel for members of the LGBTQ community as well as cultivate constructive engagement with Israel. Ethan is one of the members of the partnership’s Steering Committee; 16 LGBTQ organizations from all across the Jewish world today are part of this partnership.

Ethan’s sentiment is echoed by so many people who are active in the partnership. André Liberman, the coordinator of the Brazilian LGBTQ Jewish group Gaavah, had a similar experience. André joined the partnership after learning about it from JAG (Judíos Argentinos Gays), a participating LGBTQ organization in Argentina.

Since age 14, André felt a strong connection to his Jewish identity but always saw his LGBTQ identity as an impediment to living Judaism fully. When he learned about LGBTQ activism within Jewish communities in other countries, he was inspired. In his role at Gaavah, André was responsible for the celebration of the first Pride Shabbat inside a synagogue in Brazil and the first celebration of Pride Month of the Union of Reform Judaism in Latin America.

“Too many LGBTQ Jews find themselves in uncomfortable situations where they don’t feel they belong. This partnership is working to ensure LGBTQ inclusion in existing Jewish environments,” explained André. “And it’s extremely significant to have a historic Jewish institution such as The Jewish Agency supporting this partnership because it shows others around the world that inclusion is part of our duty as Jews, and we must unite in this effort.”

Liana Meirom Asif, who fundraises for the Israeli nonprofit Israel Gay Youth (IGY), is a proud member of the partnership. In the fall, she will start a new job as The Jewish Agency’s Director of Shlichut at UJA-Federation of New York, overseeing a delegation of Shlichim (Israeli emissaries) and building diverse bridges between American Jewry and Israel.

“With this meaningful partnership, we are trying to build something bigger, and I hope more and more Jewish LGBTQ organizations around the world join,” shared Liana. “Specifically, this group is a great opportunity for young Jews – LGBTQ and allies alike – who are not so involved in the Jewish community to be engaged.”

Added André, “With organizations from around the world connecting to share resources and strategies, this partnership is a great new step towards a Jewish future that embraces the diversity within our community.”