A Happiness You Can Taste | The Jewish Agency – U.S.

30 Jan A Happiness You Can Taste

Happiness you can taste.
A chocolate company creates so much more than just sweets—it creates an experience.

“Chocolate is a kind of escapism, a combination of emotional worlds,” says Ya’ara Kalmanovitch. Ya’ara is the Jerusalem-based entrepreneur behind The Cocoa Forest, a boutique chocolate factory and store. “It is one of the products that leads you to those moments—fragile moments—physical happiness, and beyond.” 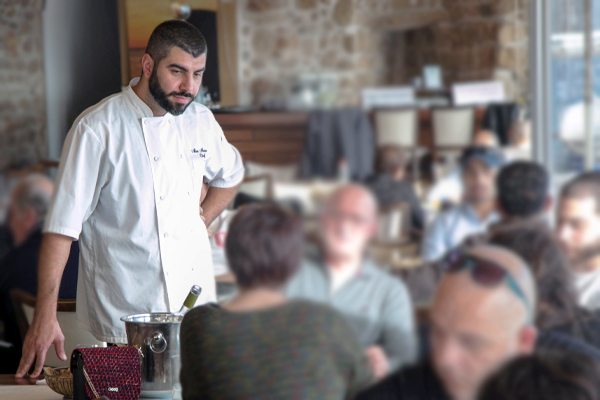 As Ya’ara can attest, it takes more than a simple vision to build a successful business. “Dreams involve a lot of bureaucracy and funding that I did not have,” she says. Both her store and her factory were built with the help of The Jewish Agency for Israel’s Loan Funds program. The program helps new and existing small business owners open or expand their businesses.

The Agency manages seven loan funds throughout Israel, and is backed by donating parties from all over the world. They secure financial assistance with highly attractive payback conditions. The Jewish Agency also acts as a partial guarantor, to support businesses that would otherwise have a difficult time qualifying for loans. They even aid in acquiring the necessary collateral a venture would need.

More than 1,790 businesses like Ya’ara’s have received assistance since the program’s founding in 2002. The support is more than monetary, in Ya’ara’s case. In October 2018, The Jewish Agency served her chocolate to thousands of visitors at its booth during the Jewish Federations of North America General Assembly in Tel Aviv.

Until a few years ago, Ya’ara was a criminal lawyer and the director of an association for at-risk youth. She discovered that crafting artisanal chocolate helped her to creatively manifest her giving nature. Ya’ara studied under one of the world’s leading French chocolatiers at the Danon School in Tel Aviv. She founded The Cocoa Forest at the First Station compound in Jerusalem.

“I am a chocolatier, a mother, a lover of nature, and a lover of people — who loves to create and be in a constant state of giving to everyone around me,” Ya’ara says. And not surprisingly, the core values of her business reflect her roots as a public servant. “My factory employs new olim (immigrants), young men, and at-risk women. (We) host families for seminars in producing pralines.”

Ya’ara believes in her chocolates reaching their full potential in taste and satisfaction. She brings in flavors like tahini, olive oil, and salted caramel chocolate. “Chocolate gives us a sense of momentary happiness and a very emotional feeling of pleasure,” Ya’ara says. “I feel that it is one of the products that produce material pleasure in this life, even if it is just for a moment.”