A journey across four fities leads to safety | The Jewish Agency 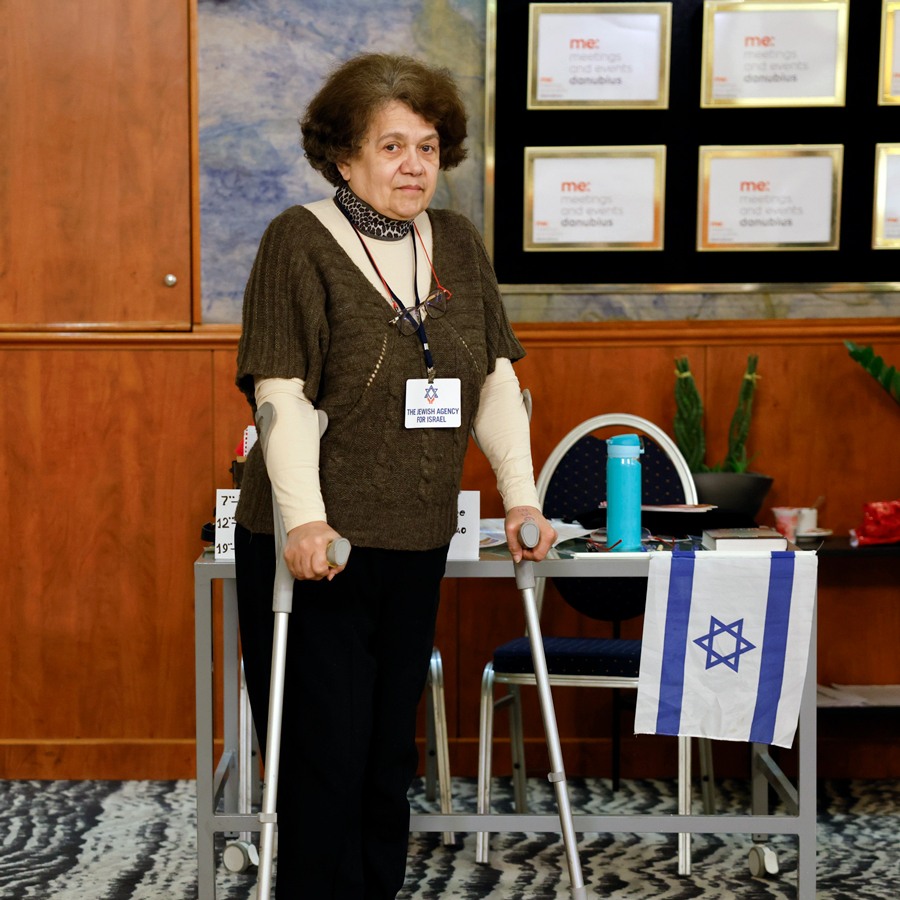 12 Apr A Journey Across Four Cities Leads to Safety

A Journey Across Four Cities Leads to Safety
Despite being on her own and having a medical condition, Tatiana, 70, made her way from Ukraine to The Jewish Agency's Budapest refugee center where she now volunteers to help others.

For Tatiana Davidovna Sitnik, the war started eight years ago in March 2014. At the time, Sitnik lived with her family, including her daughter’s two-month-old infant, near Donbas, Ukraine, where a civil war broke out. Weary of conflict, the family moved to Kyiv

This time, however, Sitnik had no choice but to flee on her own. The 70-year-old woman who had never had a passport nor left Ukraine, received a message from one of the Jewish charities that a bus was set to smuggle refugees out of the country, leaving from a local synagogue. She instantly decided to be on that bus.

“I never made a decision so quickly without weighing the pros and cons first,” she said. “But when I was looking for a taxi to take me to the synagogue where the bus was scheduled to leave from, the streets were completely bare and all I saw were military checkpoints.”

Luckily, a neighbor that she didn’t know agreed to take her to the synagogue. On the way, she passed by the destruction of her once-beautiful city: overturned vehicles, shelled buildings and carnage marked every corner. It was then she knew she did the right thing.

“When we got to the synagogue, we waited for hours for the bus to arrive. When it finally came, we were on our way and flanked by security both in front and behind us. The bus was very old and broke down often, making what would have been a 16-hour trip take 48 hours.”

Finally, the bus arrived at a refugee camp in Chisinau, Moldova. Sitnik realized her medical condition held her back from properly socializing with the other refugees, yet many offered to help her with her luggage and move around as needed.

After Chisinau, they traveled to a small town in Romania and finally made their way to Bucharest.

“Volunteers helped us every step of the way,” she said. “They provided us with hot meals, shelter and warm clothes to protect us from the bitter cold. My health deteriorated and I contracted bronchitis, but in Bucharest I was able to board the plane to Budapest.”

After passing through four different cities, she finally encountered Jewish Agency staff in Budapest. “To see Dan, a Jewish Agency volunteer, wearing a kippah and greeting me at the station, is a moment I won’t soon forget. I held his hand tightly and begged for him not to leave me – he told me I was safe now,” she said.

At the hotel in Budapest which was transformed into a Jewish Agency refugee center, despite her poor health, Sitnik managed to volunteer herself.

“It’s impossible to describe what I experienced, what everyone is experiencing. I identify with every new refugee who arrives at the hotel, and I want to help everyone I can as a way to pay back the goodwill I received from so many,” she said.