After Paris attacks, a remembrance. | The Jewish Agency – U.S.

19 Feb After Paris attacks, a remembrance.

After Paris attacks, a remembrance.
The director of French Taglit-Birthright honors victim Yoav Hattab and speaks about the condition of the French Jewish community. 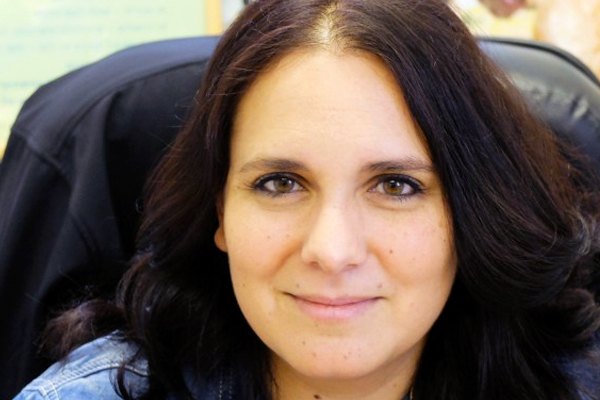 Taglit-Birthright Israel provides 10-day educational Israel experiences to thousands of Jews, aged 18 to 26, from around the world, completely free of charge. Since 1999, The Jewish Agency has been a partner in Taglit-Birthright with the Government of Israel, Jewish Federations of North America, and philanthropists.
Learn More

Ilanit Kourchia, director of French Taglit-Birthright—a subsidiary of The Jewish Agency that provides free, 10-day educational experiences to thousands of young Jewish adults ages 18-32 —is a French native who made Aliyah to Israel.

After the attack in Paris in January 2015, Ilanit attended the funeral of the four victims. One of the victims, Yoav Hattab, was a participant on Kourchia’s Birthright program—he was considering making Aliyah when he returned to Paris, but was murdered on the eve of the Sabbath in the kosher supermarket.

Ilanit insists that the program does not persuade the youth to make Aliyah. But after many meetings with participants of French Taglit, Ilanit says that she has never heard so many young people saying they want to return to Israel and even live there.

There is something very troubling happening to the Jews of France in the past few years, she explains that it started long before attacks in Paris. “Lately, I’ve been talking to young Taglit participants, after their trip, and asking them what they remembered most from their time in Israel. In the past, they always mentioned visiting the Western Wall or hiking up Masada. But lately, conversations have turned to their volunteering experiences in Israeli homes for the elderly, where they saw the culture of social responsibility in Israel, and the spontaneous dances in the streets with Breslov Chasidim. Where they were shocked by the freedom, and the opportunity to show their Judaism openly.”

The fact that Jews come to Israel and marvel over the freedom to be openly Jewish, in 2015, only reflects the serious problems which face the Jews of France today. For years, the students have told her that they don’t walk in the streets with a yarmulke on their heads, because it endangers them – ever since the murder of Ilan Halimi in 2006, the 2012 shooting in the Toulouse Jewish school, and recent anti-Semitic movements growing in Paris.

But there are French Jews who resent the calls for Aliyah, because it is not their only option. Ilanit argues – if something happens to your brother, do you not approach him and invite him to your home? On her way to the funerals in Jerusalem she is aware that the national tragedy is in her blood, as a Frenchwoman who made Aliyah to Israel, she said she “is connect to my people and my land from the bottom of my soul.”

She said there is an “understanding amongst us, among Jews: Something is happening in Europe, and we Jews in Israel cannot close our eyes to this. It’s unclear to me why some French Jews are convinced that Israelis calling for Aliyah are doing so out of line – on the contrary, this is an extraordinary thing for the best.”