In-Depth Intro to Israel at Ulpan Etzion | The Jewish Agency 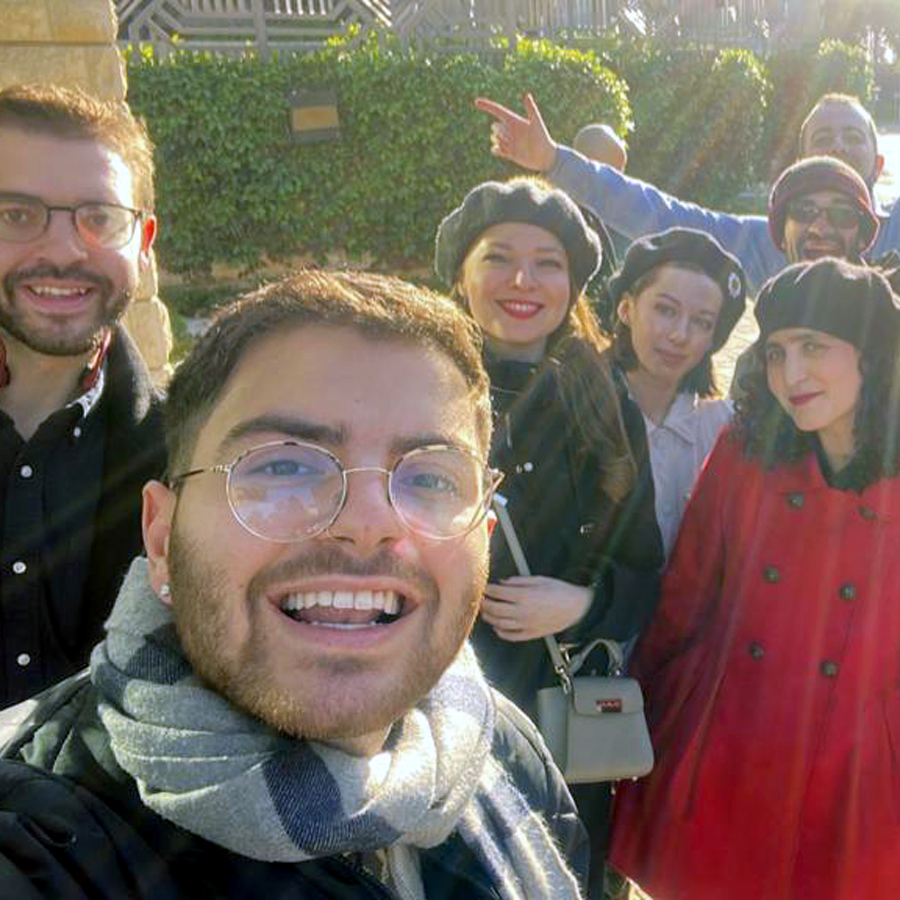 20 Jan An In-Depth Introduction to Israel at Ulpan Etzion

An In-Depth Introduction to Israel at Ulpan Etzion
Lera Chaya, who made Aliyah from Russia, got to know Israel better and received crucial assistance at Ulpan Etzion from helpful staff like Matan, who is himself an immigrant from Texas.

Lera Chaya’s Jewish journey began just several years ago. Born in Gelendzhik, a small city in the South of Russia on the coast of the Black Sea, Lera Chaya, 35, went to university in Moscow, becoming a lawyer. But like many Jews in the former Soviet Union, her family was not public about their Jewish identity. It was only after she took courses offered by The Jewish Agency in Moscow that she started exploring Jewish culture, studying Jewish history, Jewish philosophy, the laws of Shabbat and kashrut, and more.

“Learning more about my Jewish roots made me want to live in Jerusalem so I made Aliyah in July 2021. I knew I wanted to expand my Hebrew skills and have a really good handle of the language so I chose to attend The Jewish Agency’s Ulpan Etzion program upon arriving in Israel,” shared Lera.

“Every day we had different activities, from going to museums or the Jerusalem Biblical Zoo to walking through the city to attending lectures and more and I feel like I got to know Israel better,” said Lera. “We also had cultural evenings which was when participants from all over the world told us about their country and their culture.”

With her initial five months at Ulpan Etzion over, Lera still lives in Jerusalem, working for a large Israeli company. She plans to continue her education, potentially studying at Hebrew University.

“Ulpan Etzion is more than just an educational institution, it serves as an introduction to the culture and history of Israel as well as to the realities of everyday life in Israel and how the system works,” Lera reflected. “We had a lot of help from our madrichim (counselors), like Matan. We could turn to them at any time of the day, literally; I’m so grateful to them and all the Ulpan staff.”

Matan, 23, from Dallas, Texas, made Aliyah himself after high school, serving in the Israel Defense Forces before becoming a madrich (counselor) at Ulpan Etzion in January 2020.

“Getting to see each individual immigrant find their place in Israel and integrate, going from wide-eyed arrivals with no Hebrew skills feeling culture shock to confident Israelis with jobs and apartments and close friends… It’s beautiful to see. As an immigrant myself, it’s especially meaningful to be able to help new olim (immigrants),” said Matan.

Part of being a madrich, according to Matan, entails being readily available to the olim for any help they might need, whether it’s translating assistance, helping them find apartments or jobs, or just being there to listen.

“On a day to day basis at Ulpan Etzion, we organize a variety of activities to help the olim; making the Aliyah process easier for them is my privilege as a madrich,” Matan stated. “When faced with a new country, a new language, and so many hurdles before them, the studies, housing, and, most importantly, the loving community that Ulpan Etzion offers serve as a foundation upon which these new olim can tackle those hurdles and begin to thrive in Israel.”