Branching Out by Making Aliyah | The Jewish Agency – U.S.

05 Feb Branching Out by Making Aliyah

Branching Out by Making Aliyah
In 2019, more than 35,000 people made Aliyah (immigration to Israel) thanks to The Jewish Agency for Israel. Shlomo from Brazil was one of those individuals.

Shlomo grew up in the Brazilian city of Belém, home to 1.5 million people and the host of Brazil’s largest Catholic religious ceremony – an annual parade across the city attended by huge crowds from around the globe. He long felt like an outsider which spurred his decision to make Aliyah.

“My town in Brazil is known for a big ceremony, known as the Christmas of the Amazons,” Shlomo shared. His hometown also included Brazil’s oldest, continuously active Jewish community, made up mostly of decedents of Jews who came there from Morocco. “That community is very traditional, but not so religious and there was no Jewish school in the town but the synagogues and youth movements are very active.”

Since 2010, more than 255,000 new immigrants have moved to Israel, from 150 different countries, with assistance from The Jewish Agency. Esti from New York made Aliyah in 2010 after graduating from Brandeis University, and receiving her MSW from the Wurzweiler School of Social Work. She credits her desire to make Aliyah to hearing firsthand accounts by counselors and campers at a Zionist Jewish summer camp speak about their experiences living in Israel during the Gulf War.

“I remember thinking, with my very innocent 10-year-old logic, that if those people can live in Israel during a war then what am I doing living in America. Ever since then it was a dream of mine to live in Israel,” she recalled. “There are a million other reasons why I believe it is an important Jewish value to live in Israel, but that moment when I was 10 was the origin story of my Aliyah.”

After moving to Israel, Esti met her husband at a Shabbat meal; today, they live in Jerusalem with their two daughters. She is now the Assistant Director of Israel Experience at Hillel International.

Esti is just one of the more than 32,000 people from the U.S. who have made Aliyah through The Jewish Agency over the past 10 years. And from Brazil alone over the last 10 years, there have been 4,320 new olim (immigrants) to Israel.

Jews can survive in many places, but in order to thrive, we have to be in Israel 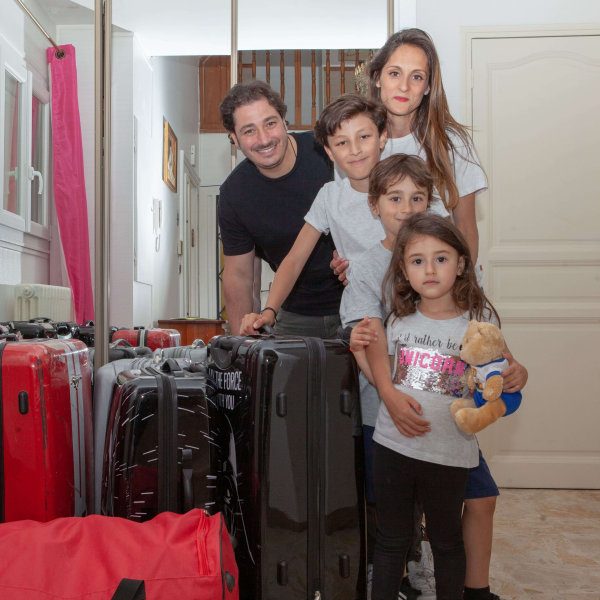 Interested in making Aliyah? The Jewish Agency will help you every step of the way.
LEARN MORE

Ten years ago, Shlomo came to Israel for a Bnei Akiva program for 10 months. At that time, he was in the middle of his studies at university, focusing on industrial engineering and management, and decided to take a break. He returned to Brazil, completed his studies and worked for a time at a factory, overseeing 1,000 employees, before making Aliyah. Shlomo thought it was important that he gain professional experience before making the move to Israel.

“Jews can survive in many places, but in order to thrive, we have to be in Israel,” said Shlomo who could trace his family tree back seven generations in Brazil. “I felt that I needed to be the one who moves the chain of the generations to the Jewish homeland.”

Once he arrived in Israel, Shlomo attended Ulpan Etzion to help with his transition. He is very active and involved in organizing events, and tries to transcend the different cliques at the Ulpan and get people to meet and talk to different kinds of people in order to help new olim make connections.

Now living in Tel Aviv, working at HP in Nes Ziona, Shlomo has successfully adjusted to life in Israel and is proud to be starting a new branch of his family tree in the Jewish state.