Realities & Diversity of Israel to Life on Campus | The Jewish Agency 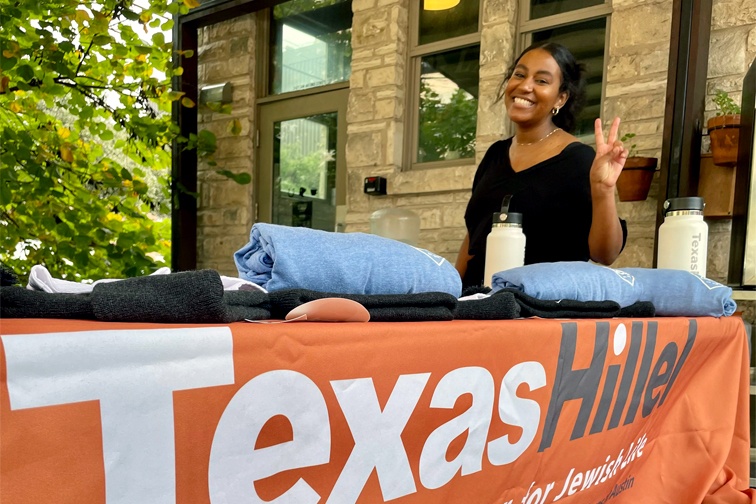 Bringing the Realities and Diversity of Israel to Life on Campus

In her role as an Israel Fellow at the University of Texas-Austin, Aviva is developing deep relationships with the students and helping this younger generation feel connected to Israel.

Bringing the Realities and Diversity of Israel to Life on Campus

In her role as an Israel Fellow at the University of Texas-Austin, Aviva is developing deep relationships with the students and helping this younger generation feel connected to Israel.

When Aviva visited the U.S. to complete an internship at the Holocaust museum in Washington DC between her first and second years of college at IDC Herzliya (now Reichman University), the experience had a profound impact on her.

“While an intern, I started thinking about serving in some outside of Israel for the first time and was inspired to learn more about Jewish communities abroad and how they express their Judaism,” remembered Aviva. “That ultimately led me to become a Jewish Agency Campus Israel Fellow.”

Israel Fellows are Israeli young adults who are post-IDF and university who are brought to North American college campuses every year by The Jewish Agency, in partnership with Hillel. These Fellows help substitute education for ignorance when it comes to student opinions about Israel, creating safe spaces for tolerance and diversity, and give students a chance to develop lasting connections with an Israeli. They also help support student efforts to counter antisemitism and anti-Israel sentiment on campus.

Today, Aviva is starting her second year as an Israel Fellow at the University of Texas-Austin. With a small but strong population of about 3,000-5,000 Jews on campus, Aviva enjoys building connections with the students and acting as a Jewish and Israeli resource for them.

“I’m proud that I’ve developed deep relationships and that the students feel comfortable speaking to me and asking questions,” shared Aviva. “As an Israel Fellow, I bring a lot of knowledge about the realities of Israeli life and Israeli diversity. But I’m also on campus to be there for the students, whether they are dealing with Jewish identity issues, encountering antisemitism or something else.”

For example, when the Colleyville synagogue hostage crisis occurred three hours north of campus in January, during which a gunman took four people hostage at Congregation Beth Israel during a Sabbath service, it really affected the students.

“After that situation, we had a lot of time to talk in Hillel and brought in therapists. For one of our students, it was their synagogue so she spoke about it from a personal perspective during our discussions,” recalled Aviva. “It definitely made students think about how antisemitism can happen anywhere and  made them feel they needed to be more outspoken about antisemitism.”

Besides supporting students, Aviva is also passionate about educating them about Ethiopian Jewry; her family arrived in 1991 from Ethiopia and she grew up in Netanya. She’s also working with the Israeli-American group on campus and trying to build connections with non-Jewish groups outside Hillel. But her favorite part of the job is really the students.

“The students are so curious and I love when they come to me to learn more and are eager to really understand the complexities of the Jewish state,” Aviva said. “They know there is a big gap between the younger generation and Israel and that students I work with want to overcome that gap; they want to be more knowledgeable, they want to know the facts.”