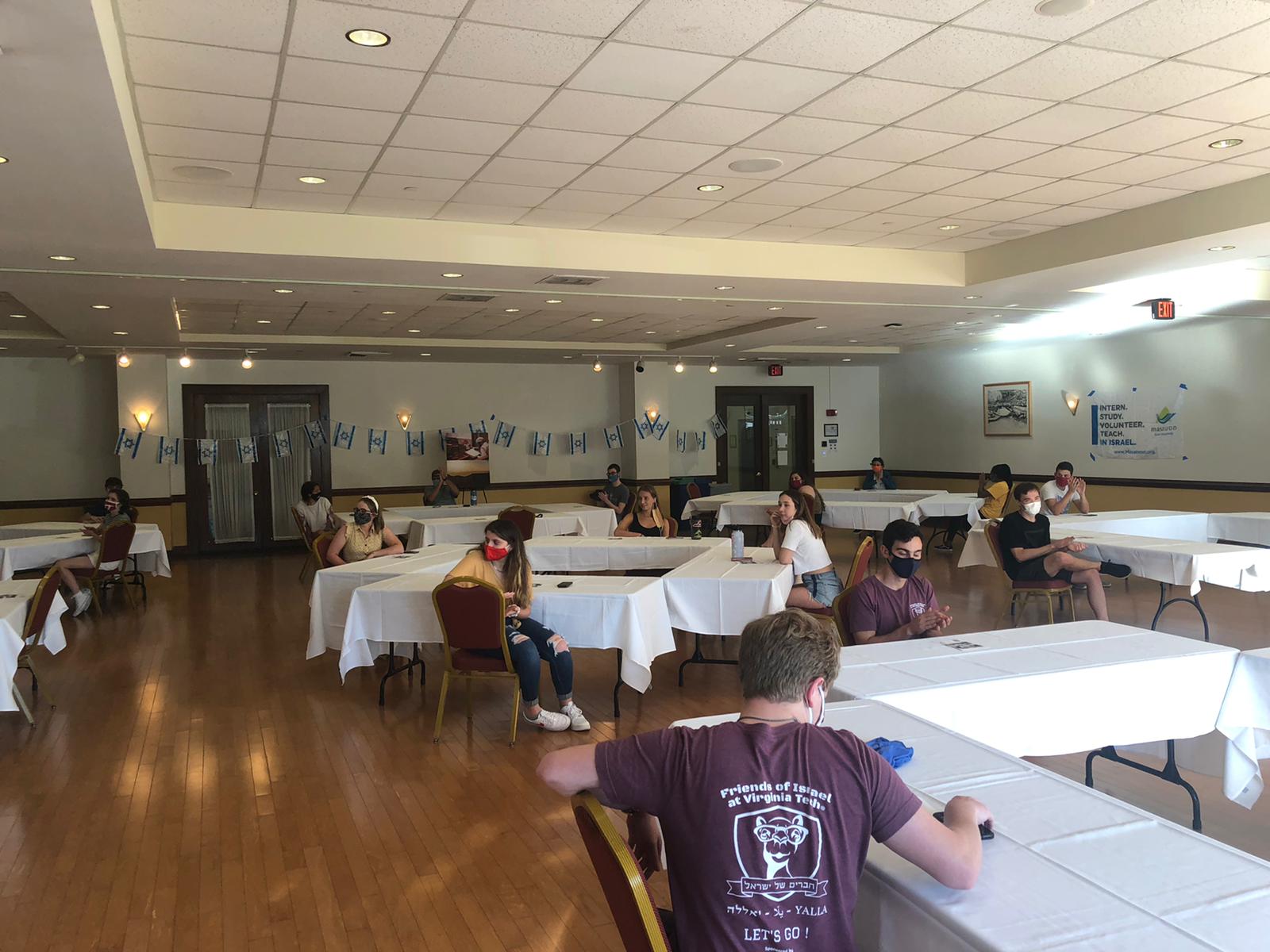 Coronavirus Won’t Stop Jewish, Israel Engagement On Campus
As a Campus Israel Fellow at Virginia Tech, despite the coronavirus, Dor has continued to engage with students and build relationships.

Growing up in Belgium as an Israeli, Dor, 34, has long been interested in what connects communities. Originally from Kiryat Ono, his father’s job took his family to Belgium for much of Dor’s childhood before they returned to Israel where he completed high school in Tel Aviv. After graduating, he served for six years as a combat officer in the Israel Defense Forces (IDF) and then another seven years in reserves as a tank company commander. After his military service, he took a trip to the Yukon in Northwest Canda, an experience that undeniably impacted his life.

“While I was traveling in the Yukon, I met an older couple at a campsite who was Palestinian. We got to talking and I realized it was my first time sitting on neutral ground and really talking about the conflict,” shared Dor. “It got me thinking about the idea of reaching out to people from other places and really talking and sharing experiences… and that then led me to decide to be a Campus Israel Fellow.”

Dor is now serving as a Jewish Agency Campus Israel Fellow for his fourth and final year (his third year on the Virginia Tech campus). Fellows are young Israelis post-IDF and college who are sent to North American college campuses to help create safe spaces for tolerance and diversity, working alongside students to fight antisemitism and anti-Israel sentiment by way of education.

“I think Campus Fellows really focus on two main aspects: working with the Jewish community on campus and Israel advocacy,” reflected Dor. “College is a time for people to challenge their thoughts, but many students don’t do that. Campus Fellows, as Israelis, are able to encourage conversation and difficult questions.”

Of course, the coronavirus pandemic has majorly changed the college experience for the Fall 2020 semester. Virginia Tech has been utilizing a hybrid model and Dor is happy the Hillel is able to still do many programs in-person with restricted numbers and safety measures in place.

“We’ve been able to do Shabbat dinners but they’re limited to 30 people as opposed to the 200 we used to be able to host. The students who are more on the periphery are not as involved and harder to reach but the core students continue to be involved,” said Dor. “We try to have one-on-one relationships with all of the students and reach out directly. Because of COVID-19, we’re even more organized in these efforts and they are even more important.”

In addition to Shabbat dinners, Dor and the Hillel staff have also been able to continue offering learning programs and a Jewish Learning fellowship and Israel Learning Fellowship, some half in person, half virtual. Dor, who has a B.A.in Israel studies and is a licensed tour guide in Israel, teaches a class about his native country. He’s proud that even though these learning programs are structurally different this semester, they are still happening.

“We’re very lucky that students are still engaged here, that they want to do stuff and are hungry for programming. Providing these learning opportunities and activities while being responsible and safe — that’s our job, and even the coronavirus won’t stop us.”