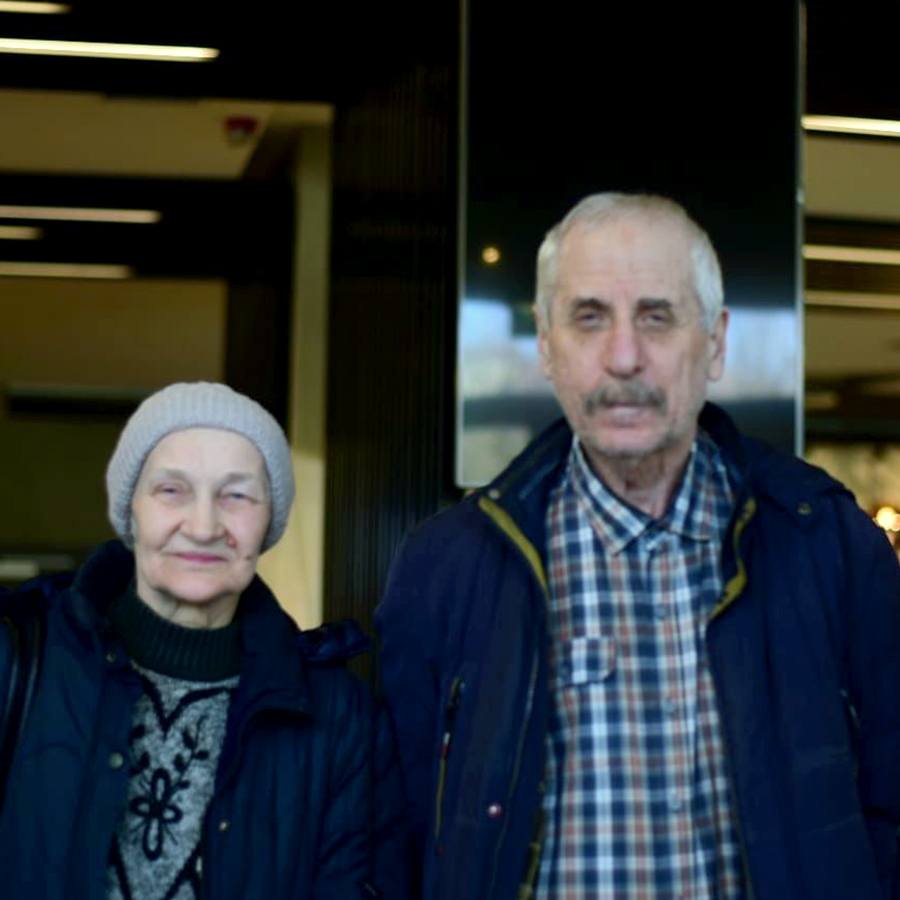 Deaf Ukrainian Couple Escapes War, Makes Aliyah
Deaf couple Saman and Maria Luzovic, with the help of Saman’s sister, were rescued from the war in Ukraine and immigrated to Israel through the The Jewish Agency.

On February 24, elderly couple Saman and Maria Luzovic were at their home in Kyiv and unaware that Russia had invaded their country. Although alarms sounded all around them, because they are deaf, they only learned of the danger to their lives when they received text messages from local friends.

Realizing that they must escape as quickly as possible, they enlisted the help of Saman’s sister, 80-year-old Irena, who serves as a teacher at a school for the deaf in Kyiv. Saman and Maria packed their belongings and soon arrived at the Brodsky Synagogue in Kyiv. The Luzovics and Irena corresponded with volunteers who helped them quickly depart Ukraine. Irena accompanied the couple on the difficult journey from Kyiv to Budapest, Hungary. Her presence was their salvation as she was able act as their sign language interpreter and solve problems along the way.

They all arrived at The Jewish Agency’s Aliyah Center in Budapest, one of 18 Jewish immigration centers in countries neighboring Ukraine, operated in collaboration with the International Fellowship of Christians and Jews. There, Jewish Agency staff helped expedite their Aliyah paperwork and on Wednesday, March 23, Saman, Maria, and Irena took off from Budapest on a rescue flight through The Jewish Agency, together with other refugees from Ukraine. The future olim (immigrants) were accompanied by a delegation of Members of Knesset and Jewish Agency leaders who had returned from a tour of the Ukrainian-Hungarian border.

The couple and Irena then experienced a momentous arrival at Ben Gurion Airport, as the refugees were welcomed by Chairman of the World Zionist Organization and Acting Chairman of The Jewish Agency Yaakov Hagoel, who also accompanied them on their flight to Israel.

“In the distant past we were privileged to come to Israel to visit the country, and now our dream is coming true — immigrating to Israel. We thank The Jewish Agency for the hard and dedicated work in rescuing refugees and bringing them to Israel,” said Saman and Maria.

Hagoel stated, “With the understanding and recognition of the dangers faced by the Jews of Europe in general and of Ukraine in particular, we consider this activity a moral obligation. We rescue Jews everywhere in the world, even when the reality is difficult and complex.”