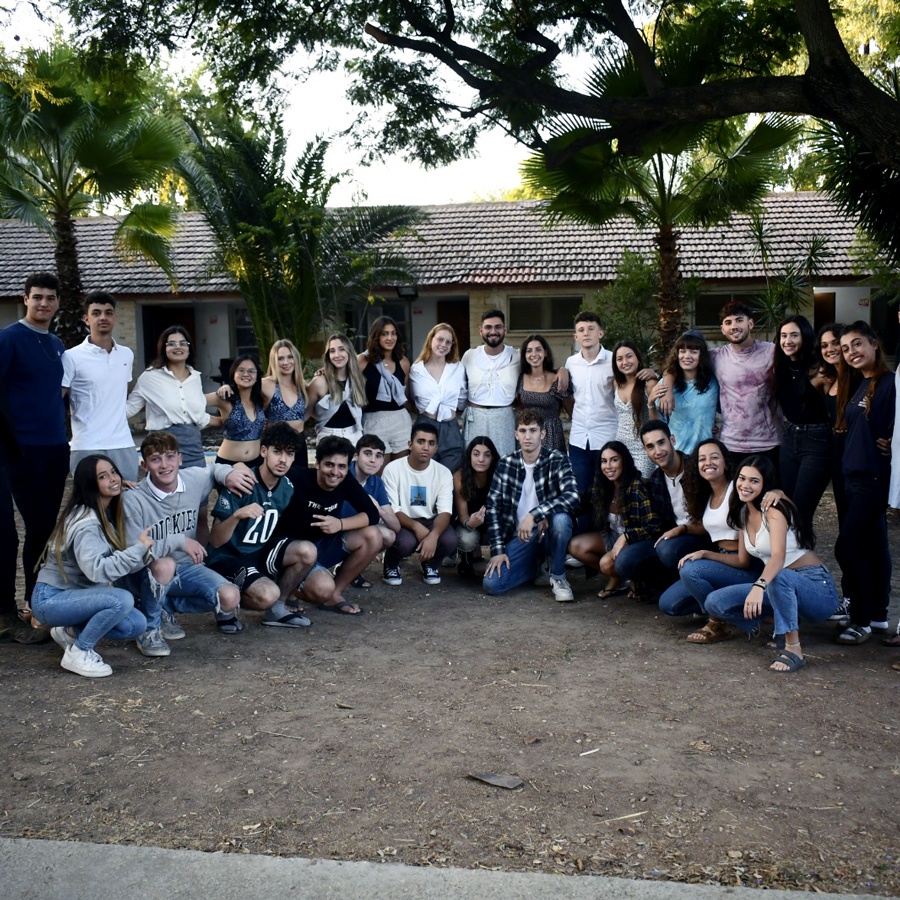 Exploring Israel, Jewish Diversity at Kol Ami
Experiencing Israel’s diversity and making connections with Israelis and Jews from around the world at Mechinah Kol Ami will allow Nadine to have a big impact in her native Oslo, Norway.

Born and raised in the tight-knit Jewish community in Oslo, Norway, Nadine grew up in a family that wasn’t very religious but who upheld Jewish traditions and celebrated holidays with her whole extended family. She went to a Jewish kindergarten but attended normal Norwegian schools for most of her education since Norway didn’t have Jewish day schools.

“The Jewish community in Norway is very small, with only about 1,500 Jews in total. So I became very close friends and developed a special connection with my Jewish peers at Sunday school since there weren’t so many of us,” said Nadine, 19. “I also went to Scandinavian Jewish summer camps where I got to know Swedish, Danish and Finish Jews.”

Those experiences made Nadine passionate about exploring Jewish diversity, which led to her being part of the unique Shvilim (paths) program, funded by the Jewish community in Oslo. As part of the 10-month program, Nadine studied Judaism and Jewish culture at Oslo Metropolitan University for a month before coming to Israel to participate in The Jewish Agency’s Mechinat Kol Ami at Kibbutz Bachan in Emek Hefer for six months.

“I was excited for the Kol Ami part of the program because it would let me develop a stronger connection to Israel and explore my Jewish identity,” Nadine shared. “Getting to explore the amazing diversity and cultures in our Jewish state personally means I can knowledgeably talk to others back home about the realities of Israel. And I’m learning more about how I and others can be connected to Israel even if we’re not so religious and living far away.”

The Kol Ami – Jewish Peoplehood Leadership Academy brings together young Jews from Israel and abroad from all different backgrounds, forging lasting connections amongst the next generation of Jews. During the program, participants learn about each other and the concept of Jewish Peoplehood while exploring Israel, volunteering and living together as a community.

After their time at Kol Ami, Nadine and the three other Scandinavians in the Shvilim program will travel around Israel for two months and then spend one month in the US participating in an Anti-Defamation League seminar about antisemitism. Upon returning home, she’ll take two exams and then become a Norwegian Jewish Bridge Builder, a role that entails traveling to local Christian high schools and creating an open dialogue that dismantles prejudice by spreading knowledge as a representative of Norwegian Jewry.

“Antisemitism in Norway is really caused by a lack of knowledge since many Norwegians have never met a Jew,” explained Nadine. “There are a lot of assumptions made stemming from ignorance, but it becomes dangerous when they start to think of Jews as ‘the other’ rather than accepting that we are Norwegian AND Jewish, and thus part of society.”

Understanding the challenges that lay ahead, Nadine knows her job as a Jewish Bridge Builder will ultimately be incredibly meaningful.

“I came to Israel because I have an important mission and responsibility to my Norwegian community to keep our small Jewish community alive and fight prejudice,” Nadine said. “I love Norway and they really need me back home. And once I’ve completed the different parts of the Shvilim program, including my time at Kol Ami, I know I can have an even bigger impact there.”

Learn more about our Mechinot