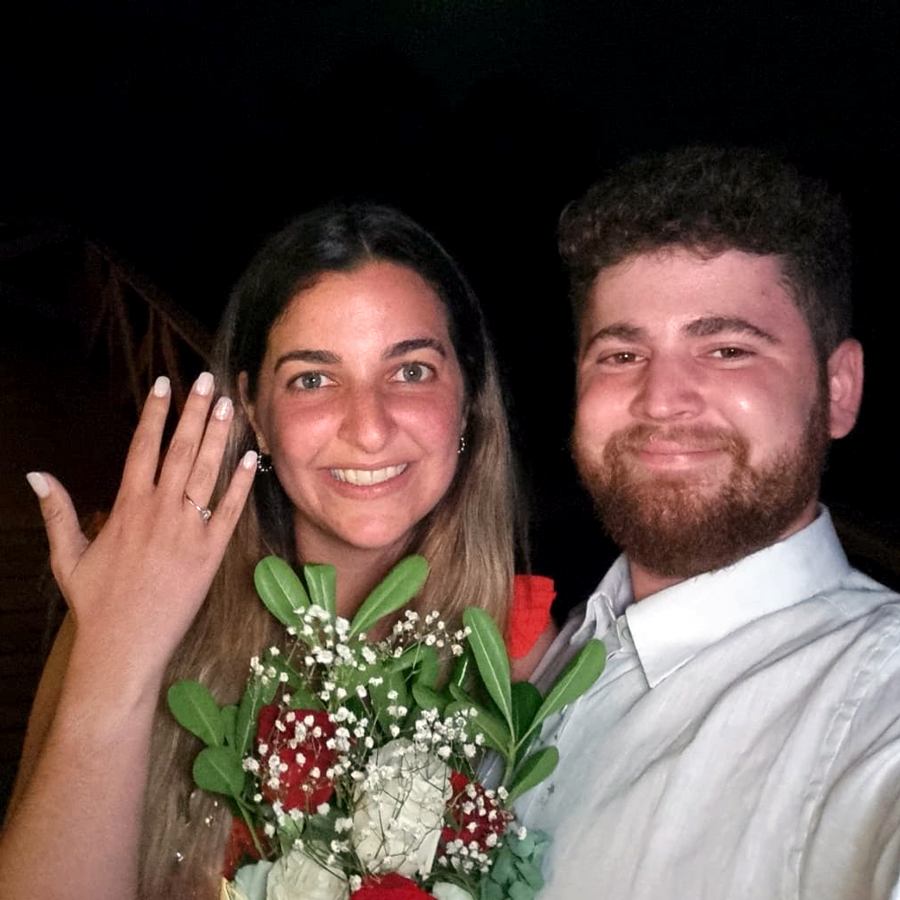 share
Flor and Emanuel after getting engaged | Photo provided by Flor

After Florencia from Mendoza, Argentina, participated in a Taglit Birthright trip, she knew she wanted to return to Israel and live like a local, particularly interested in experiencing Kibbutz life. When she had the opportunity to be a part of Ulpan Etzion-Kibbutz Tzuba, she jumped at the chance, never expecting how much that decision would change her life.

The Jewish Agency’s five-month immersive Kibbutz Ulpan (Hebrew) programs are open to new immigrants and Masa Israel Journey participants between the ages of 22-35 who already have undergraduate degrees. They combine our premier Ulpan Etzion experience, which helps young immigrants who hold college degrees develop their Hebrew skills, with the Kibbutz lifestyle unique to Israel. At the Ulpan Etzion-Kibbutz Tzuba, near Jerusalem, young adults have the opportunity to learn Hebrew, enjoy kibbutz life and meet other Jews from around the world.

“Before attending Ulpan, I had zero Hebrew skills. After studying there for five months, I was able to read, write and speak in Hebrew at an intermediate level, which made me really happy. And being able to communicate with Israelis was incredibly rewarding,” said Florencia, 28, who goes by Flor.

Flor grew quite close to the other participants and Israelis on the Kibbutz, calling them her ‘family.’ She still talks to many of them now that they’ve dispersed, especially one unforgettable peer: Emanuel, a fellow participant from Uruguay, who is now her fiancé.

Flor met Emanuel when they were both placed in beginner-level Hebrew classes at Ulpan Etzion-Kibbutz Tzuba. According to Flor, they did not hit it off at first, but by the time their program was over, they were engaged.

“It wasn’t an instant connection but we started to get closer with each day that passed as we shared many amazing experiences together in such a short amount of time. It soon became crystal clear that our connection was only growing stronger and stronger,” Flor recounted. “Finally, it finally reached a point where we both knew that we really had something special.”

The couple, who are now back in Latin America, will marry at a winery in Mendoza in 2022.

While in Israel on the program, besides attending Hebrew lessons, Flor also worked at a local kindergarten three days a week. And every other week, she and Emanuel would go on trips across Israel with Masa, exploring the country and discovering its beauty.

“Being a part of Ulpan Etzion-Kibbutz Tzuba made me feel much closer to Israel and my Jewish identity. My experience here completely changed my life, and made me grow and learn so much more than I could have ever imagined,” shared Flor. “I’d urge others to participate in the amazing Ulpan Etzion program, especially at Kibbutz Tzuba if they have the chance. And who knows, while you’re learning Hebrew, you may even fall in love!”