Finding A Home in Israel at Ulpan Etzion | The Jewish Agency 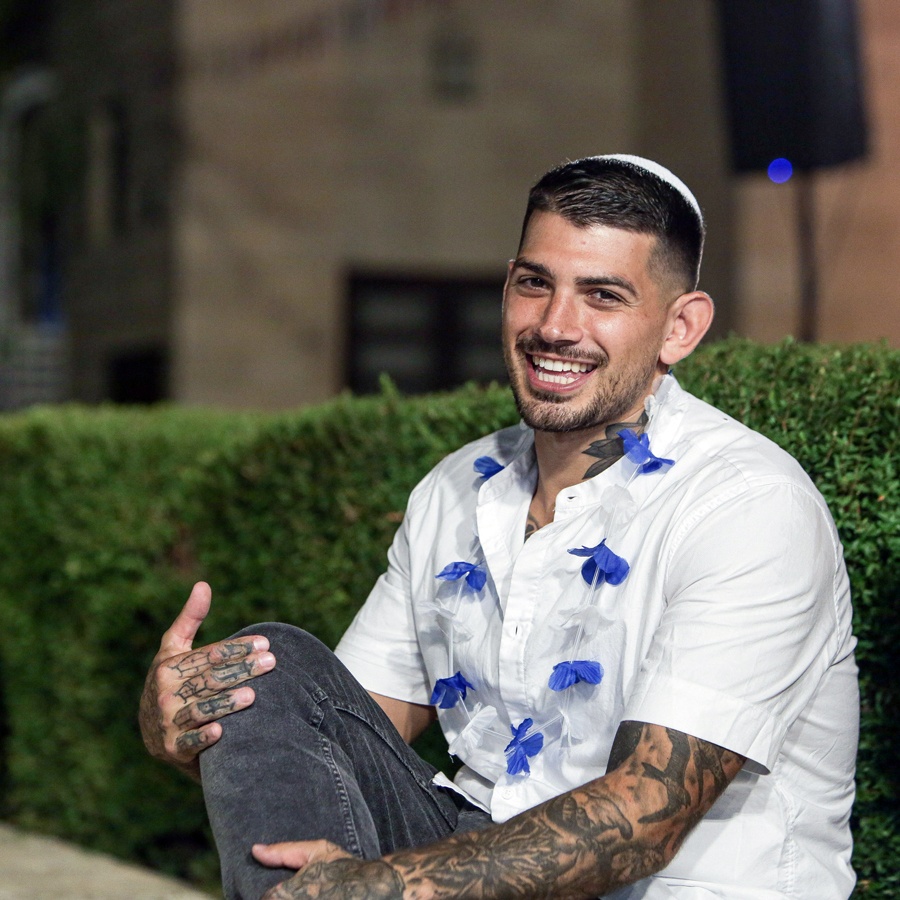 11 Oct Finding A Home in Israel at Ulpan Etzion

Finding A Home in Israel at Ulpan Etzion
Josh made Aliyah from Chicago in July 2021, entering Ulpan Etzion in Jerusalem upon his arrival to help with his transition to his new home.

On his very first trip to Israel, back in 2017, Josh decided he wanted to make Aliyah. He had flown to the country to visit his brother, who was working on a kibbutz, and was immediately enamored.

“I don’t think I truly understood Israel before being there. I couldn’t wrap my head around there being a Jewish country,” recalled Josh. “But once I was actually walking the streets, soaking up the culture, I knew Aliyah was in my future.”

Josh, 27, grew up in Chicago, attending Northeastern Illinois University for his undergraduate and master’s degrees in social work. His plan was to finish his schooling before moving to Israel — but his one-year master’s program ended in 2020, during the coronavirus pandemic, delaying Josh a year.

“Since COVID prevented me from being able to make Aliyah when I originally planned, I ended up working at a special education school in Chicago for kids with emotional disabilities, putting my degrees to use,” said Josh. “I also worked with a nonprofit that taught self-defense and Krav Maga to people, primarily from the local Jewish community.”

In July 2021, after working with The Jewish Agency on his pre-Aliyah paperwork and hopping aboard a Nefesh B’Nefesh flight, Josh landed in Israel. He immediately went to live at Ulpan Etzion in Jerusalem, home to The Jewish Agency’s highly successful Hebrew-language courses and Israel’s flagship intensive Hebrew learning program.

“The Jewish Agency staff here at Ulpan are so amazing. They really care and want us to succeed; they truly believe in what they’re doing. They offer us opportunities to hear from different professionals, go to events and on local trips and take advantage of helpful resources,” shared Josh. “It’s because of them that this place feels like home now to so many participants from all over the world.”

Still, even with crucial assistance from the Ulpan staff, the move to Israel has not been without its challenges.

“With COVID, there have been additional difficulties beyond the usual bureaucracy when it comes to getting a driver’s license, converting my degree, or opening a bank account,” divulged Josh. “And I was someone who already was able to speak and understand a pretty high level of Hebrew when I came here.”

But despite the hurdles, and though being away from his family and friends is hard, Josh wouldn’t trade being in Israel for anything. Once finishing Ulpan, Josh hopes to draft into the Israel Defense Forces and be a combat soldier, but if he can’t, he’ll look for a job in Israel that allows him to contribute in other ways while living in Jerusalem.

“As Jews, no matter our religious practices, Israel is our home,” said Josh. ”So to anyone thinking of making Aliyah, you should definitely come! Just do so with an open mind and be ready to go with the flow and trust that it will all work out!”