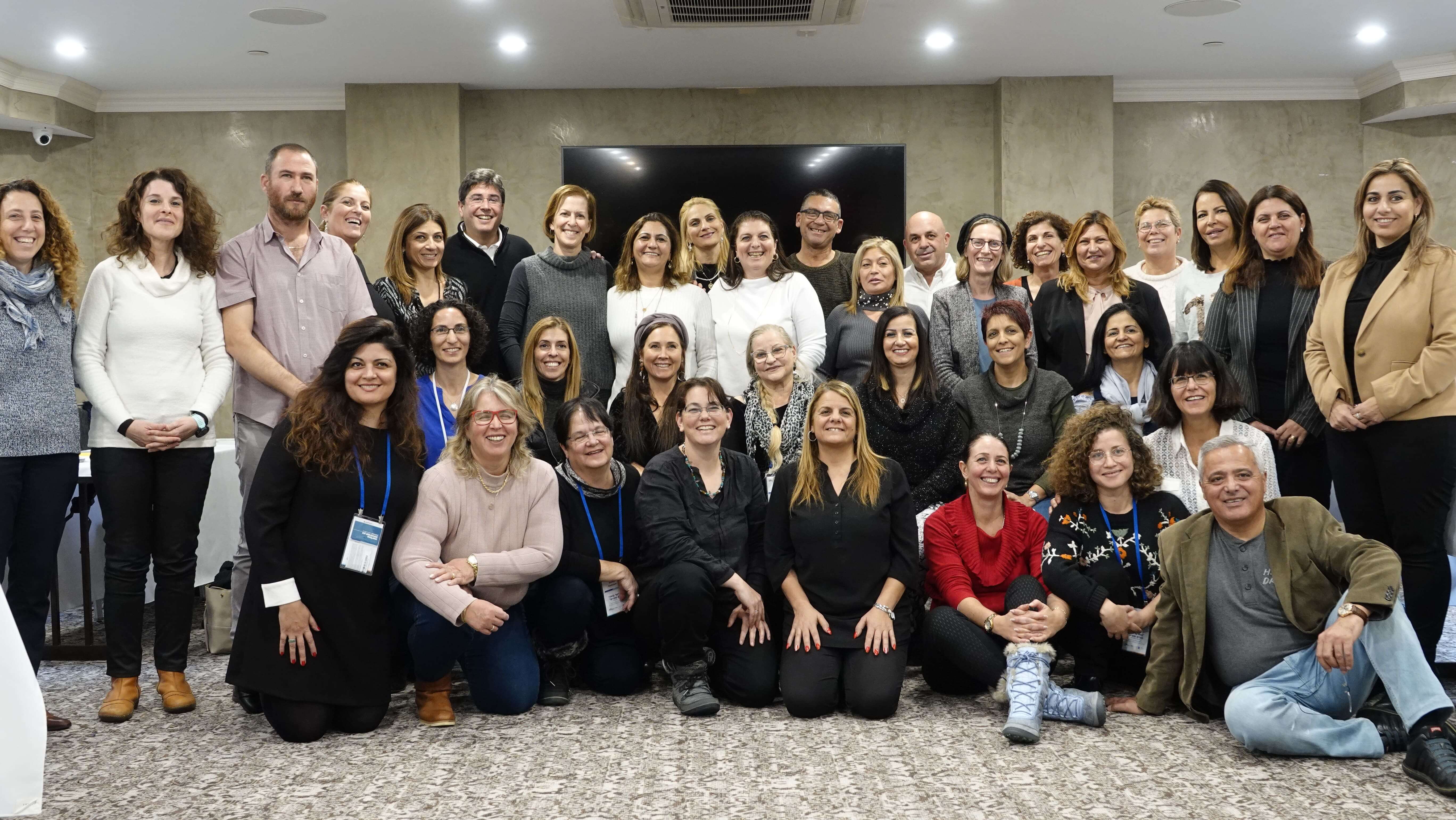 Finding A New Jewish Path
Ilanit grew up in a Moroccan-Israeli home in Be’er Sheva, valuing Jewish tradition but unsure of her place in Judaism as a woman.

After her mother passed away a year ago, she did not know how to reconcile her desire to respect the traditional ways of her mother's community while taking part in the segregated religious bereavement customs. She never imagined that Jews in New York would show her a way to do so.

Ilanit, the principal of Be’er Sheva’s Tomer Elementary School, has been taking part in the AmiUnity initiative, run by The Jewish Agency in collaboration with the Ministry of Education, along with 28 other principals for the last two years. Each principal has been exploring their Jewish identity and learning about Jewish pluralism and peoplehood.

This past winter, as part of the principals’ AmiUnity training, Ilanit traveled with staff from The Jewish Agency and other partner organizations to New York, where she heard from inspirational Jewish community leaders, an experience she called “eye-opening.”

“The preconceived ideas I had about the so-called ‘weak’ Jewish life in North America were all wrong. I suddenly felt connected to these Jews, who on the face of it are so different to me,” recalled Ilanit.

“And I saw models of Jewish life that I hadn’t realized were options. I saw women – religious and not – choosing how they wanted to practice Judaism. Through them, I saw a Judaism that I wanted to be more connected to, that I wanted to incorporate not only in my own life but into the lives of the children at my school.”

When Ilanit returned to Israel, she made changes. Professionally, she better understood her responsibility to help her students connect to the richness and beauty of Judaism. She wants them to experience a variety of Jewish practices and to feel they are part of a wider family beyond Israel’s borders.

In the coming school year, the subject of Jewish Peoplehood will be part of the curriculum at Tomer Elementary School.

And personally, shortly after coming back from New York, Ilanit led a Jewish ceremony to mark her mother’s passing.

“The ceremony respected and incorporated the tradition I come from, but also was inspired by the Jewish traditions I experienced in New York,” shared Ilanit. “In New York, I was exposed to the beautiful possibilities and breadth that exist in Jewish life. Now when I think of American Jews, who I had initially thought were so dissimilar to me, they are a constant reminder of the rich diversity that exists in our shared Jewish faith.”