From Eastern Ukraine To Israel | The Jewish Agency – U.S. 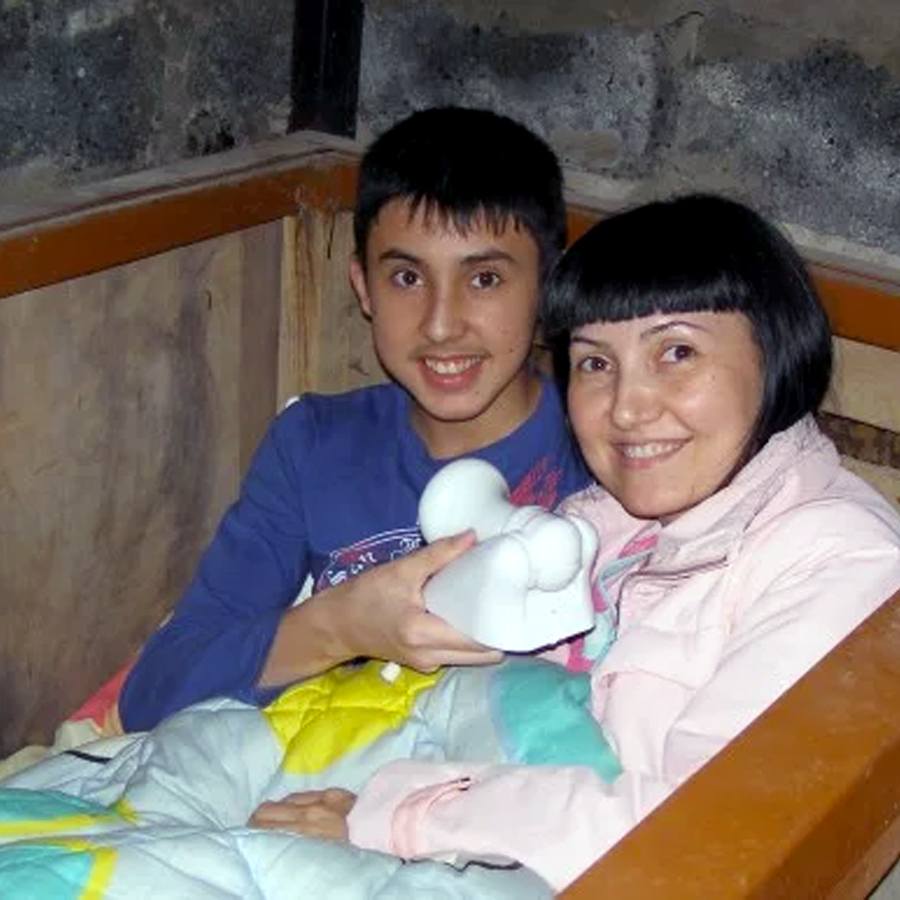 20 Feb From Eastern Ukraine To Israel

From Eastern Ukraine to Israel.
A family reunites for their happy ending.

It’s a dream for a person from Lugansk to come to this place, to Israel... This is our home, our one and only home.

In September 2014, Oksana and Vycheslav Zolodayev, and their 16-year old son, Artur, arrive at Ben-Gurion airport. They were greeted by their 19-year old daughter, Aleksandrina. Aleksandrina was sent to Israel ahead of her family on The Jewish Agency for Israel program Selah (Students Before Parents). Aleksandrina went to the Karmiel absorption center where she studied Hebrew intensively, and prepared for higher education and integration into Israeli society. She also participated in ‘Garin Tzabar’, the army integration program for young olim.

After months of separation, their reunion was emotional. This family is just one of the many families The Jewish Agency has saved in the past 85 years—and in recent years in particular, as conflict continues to rage in eastern Ukraine. The Zolodayev’s harrowing story is all too common, and like other happy endings, the Jewish Agency was on their side every step of the way:

In the second half of 2014, heavy fighting erupted in eastern Ukraine between Ukrainian nationalists and pro-Russian separatists. Lugansk, their town, was heavily bombed. There were ground battles throughout the city. The Zolodayev family hid in the basement of the house, with limited provisions (potatoes and onions mostly), and lived in terror for two months. They had no way of contacting their daughter Aleksandrina in Israel. The city suffered from severe food shortages, with workers’ salaries remaining unpaid and the property of local citizens ruthlessly confiscated.

In Lugansk, the situation continued to deteriorated drastically. The daily reports were getting increasingly terrifying. “We lived in a state of war, citizens being wounded on both sides,” Vyacheslav tells. “There was no one to protect us. There was no electricity in the homes, water supply was minimal and at limited times. The telephones were cut off. Our girl, in Israel, was searching for us for two months and we couldn’t get in contact with her.”

Nothing was functioning in Lugansk— no police, no schools, no healthcare services. Nothing. Everything was closed. Everybody was terrified to leave their homes. The Zolodayevs sat in the basement of their house, it was our only shelter from the bombing. They lived on potatoes, barley, onions, and dry food.

They would wait two hours on line to buy bread. Most times there would be no bread left. Because there were no refrigerators, they couldn’t keep anything. When the Internet connection resumed, the first thing the Zolodayevs did was finally get in touch with Aleksandrina in Israel, via Skype.

The family decided it was time to leave. They left Lugansk on September 2, Vyacheslav’s birthday. The road out of Lugansk was slow and dangerous. Vyacheslav was worried about the checkpoints ahead—both pro-Russian and Ukrainian.

“On our way to Kharkov, 300 km from Lugansk, there were ten checkpoints alone. Every time, they checked our documents, asked the men to strip down and prove they were unarmed. They checked for injuries, scratches on the body, and there were specific lists of those permitted to leave,” Vyacheslav remembers, “They take your photograph. Across from me sat men with masks that only showed their eyes. They interrogated us: What did you do there? Where are you going? This was every checkpoint, for hours at a time.”

The road to Kharkov was long, but they made it. “We were surprised to receive such a warm welcome from members of The Jewish Agency in Kharkov. We were very touched by the concern of total strangers, people wanting to help and support us. It’s moving, it made us happy,” Oksana remembers.

Natalia Greenstein, of the Russian-Speaking Jewry unit, was in touch the entire time with Aleksandrina Zolodayeva in Israel. By the time the Zolodayevs’ plane landed in Ben-Gurion Airport, Aleksandrina was there to greet them.

The Jewish Agency organized every last details. Vyacheslav and Oksana are now residing in an Ulpan program at an Absorption Center, where they will be for half a year. Artur is studying at “ORT-Polytechnic”, a Jewish Agency program in Nahalal, and Aleksandrina is awaiting her draft into the IDF in an absorption center in Raanana, as a participant in ‘Tzabar’.

“We’re able to really invest ourselves in studying Hebrew,” Oksana says. “We receive absorption benefits and focus on studying. We thank The Jewish Agency for taking care of our daughter; it was through her that we were introduced to The Jewish Agency.”

Aleksandrina is excited to be reunited with her family. “It’s a dream for a person from Lugansk to come to this place, to Israel. And not everyone is blessed with this opportunity. Only those who have the right to make Aliyah,” says Oksana. She smiles, “This is our home, our one and only home.”