From Operation Solomon to Zur Israel | The Jewish Agency 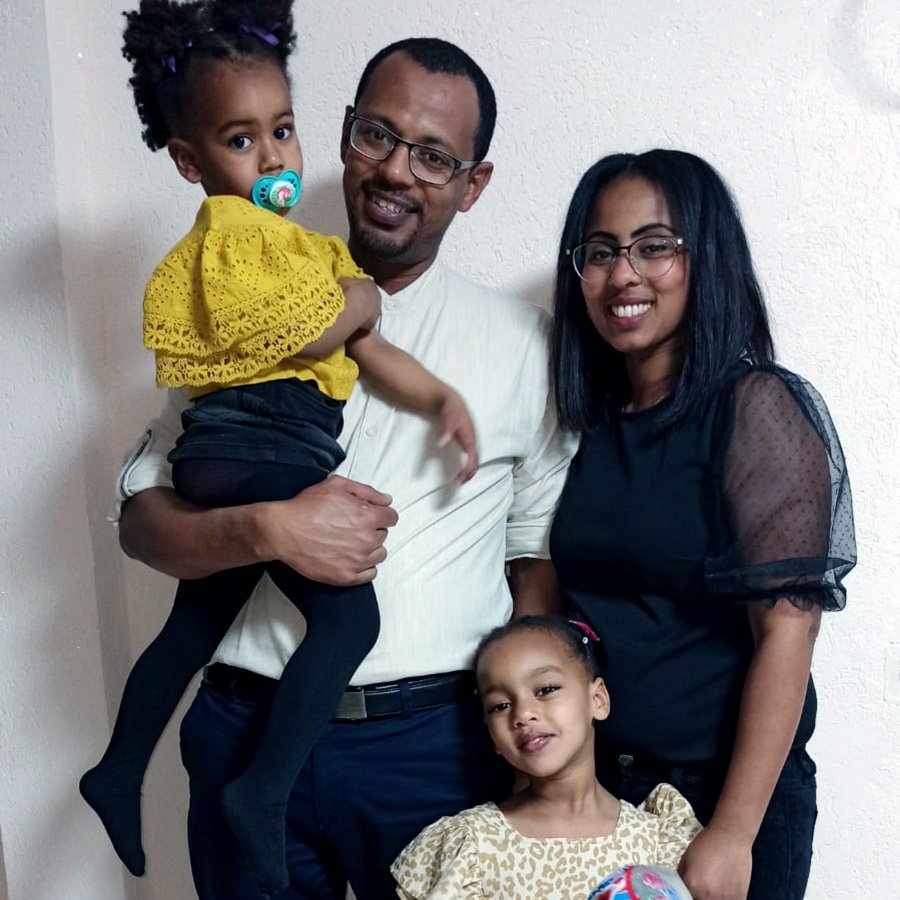 26 May From Operation Solomon to Zur Israel

share
Habatamu and his wife and daughters | Photo provided by Habatamu

Habatamu was just about six years old when he made Aliyah with his parents and baby brother through the historic Operation Solomon in 1991. Operation Solomon brought 14,300+ Ethiopian Jews to Israel on 35 flights in less than 36 hours, the biggest Aliyah mission from any country in the world to date. Upon arrival in Israel, Habatamu’s family were placed in an Absorption Center in Arad, which had been a hotel.

“I vaguely remember the buses to the Ethiopian airport and the [Israeli] embassy. I remember getting on the plane. And then I don’t remember anything until we got to the hotel in Arad, the Absorption Center,” recalled Habatamu. “We lived there for a year before we moved to a caravan in Be’er Sheva.”

Habatamu went to school with other children who were also olim (immigrants), learning Hebrew and discovering Israeli culture. He attended school in Be’er Sheva for a year and a half, until his family bought a home in Ofakim. Since his Hebrew still wasn’t great, he was placed in the second grade at his new school, instead of third.

“It was strange, settling into life in Israel. In Ethiopia, I had been a boy from the hills and now I was living in a modern world,” recounted Habatamu. “But things were harder for my parents, trying to raise children in a new country.” As his parents adjusted to life in the Jewish State, Habatamu’s family expanded; he had four more brothers, born in Israel.

For middle and high school, Habatamu went to Yeshiva. After graduating, he attended a pre-army academy in Kiryat Malachi, then served in the Israel Defense Forces (IDF) as a paratrooper. He took a three-month officer training course and became a commander in the paratrooping unit in 2006.

“Shortly after I passed the officer training course was the Second Lebanon War and my own commander was killed. It was very tragic, very sad,” Habatamu shared . “But things in the IDF have to go on, so they passed the baton to the next generation. I fought very hard to become an officer and eventually became head of the division.”

In 2013, Habatamu was released from the army with the rank of captain. He worked for the Jewish youth movement, Beni Akiva, for a while in Ofakim, then helped create a program that works toward Ethiopian-Israelis gaining equality in Israel. After that, he worked for Israel’s Minister of Security for two years. Through his work, he was able to have a real impact on governmental policies.

Habatamu married his wife, Reut, a lawyer who was also from Ethiopia, in 2015. They live in Petach Tikva and have two daughters, Alma Alem and Arbel Adis. It was important to Habatamu and Reut that their children have both a Hebrew name and an Amharic one.

Today, Habatamu is an advisor to the Minister of Aliyah and Integration, coming full circle. He played a major role in the planning and starting phases of Operation Zur Israel, a Jewish Agency Aliyah mission which brought 2,000 Ethiopian Jews to Israel in 2020-21 and reunited long-separated Ethiopian families.

“I’d always known I’d go back to Ethiopia someday, but I never thought I’d go back as a representative of the Israeli government, in a diplomatic role, helping other new olim. Seeing the little children in Zur Israel and knowing that 30 years ago I was just like them… it was very emotional,” said Habatamu. “Now that I’ve worked closely with The Jewish Agency, I have seen the magic they do. From Operation Solomon to Operation Zur Israel, the work they engage in is truly benefiting others here and abroad.”