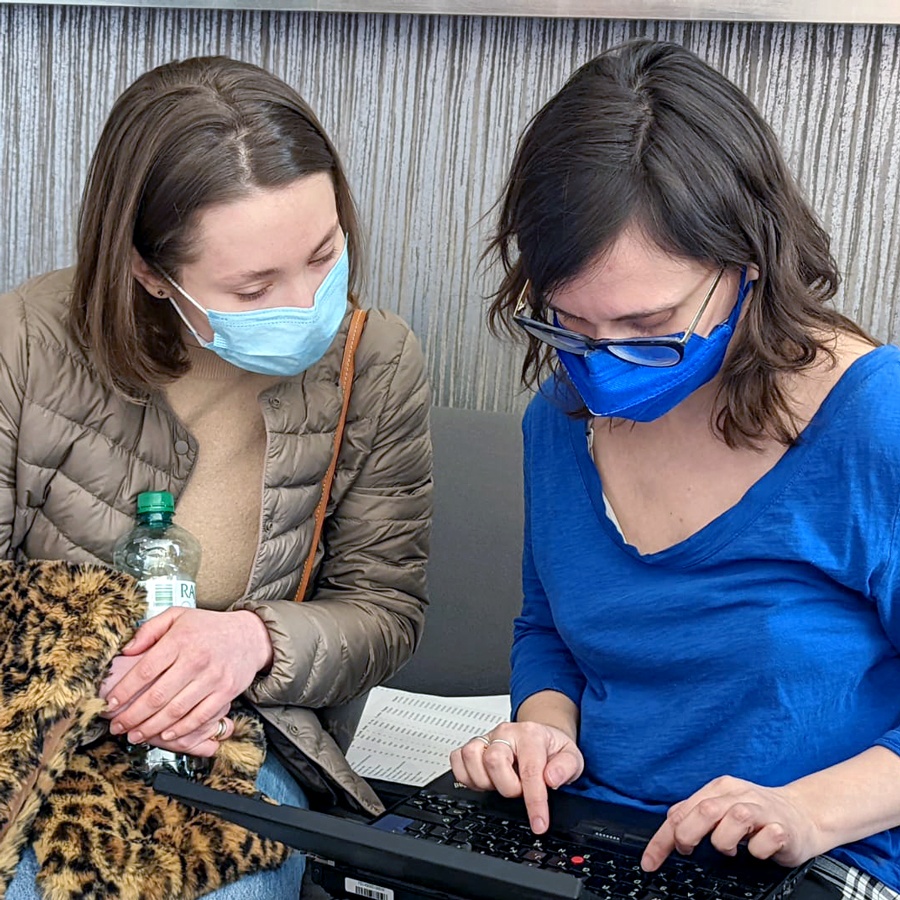 How The Jewish Agency Brings Ukraine’s Jewish Refugees to Israel
The long and dangerous journey for refugees entails the initial decision to escape, risking their lives on the roads leading to the border, and finally reaching the safe haven of Israel.

Millions of Ukrainian citizens have found themselves in an almost-inconceivable situation in the last two weeks: They have been forced to leave their homes in a hurry, leave all their possessions behind, and flee for their lives due to the war raging in their country. Among those desperately seeking refuge are thousands of Jews who are eligible for Aliyah (immigration to Israel).

The Jewish Agency for Israel and other Jewish organizations operating in Europe (Maccabi, the JDC, the World Zionist Organization, and others) do their best to try and locate Aliyah-eligible refugees, but it is a complex task within the broader chaos taking place in Ukraine. The long and dangerous journey for refugees entails the initial decision to escape, risking their lives on the roads leading to the border, and finally reaching the safe haven of Israel.

Step 1: Division into groups with the assistance of the heads of Jewish communities

The various Jewish emissaries and organizations involved are in constant contact with the leaders of Jewish communities. These communities are highly cohesive and therefore constitute a particularly effective tool for conveying messages about rescue operations. “Once we have found a contact in the community, it is possible to organize groups of immigrants who are interested in coming to Israel, and to be in touch with them along the way,” explains Marco Katz, vice president of the World Zionist Organization in Romania.

Step 2: Under fire on the way to the border

Eligible immigrants gather at transit stations in Ukraine. From there, they reach the borders of neighboring countries on their own, or by buses organized by The Jewish Agency in collaboration with the Jewish communities. Roads can be dangerous, particularly because of the lack of clarity in the area, and sometimes the caravans make their way to the border under fire.

The queues for border crossings may extend over tens of kilometers at the crossings on the Ukrainian side. In order not to lose their place in line for crossing the border, some of the refugees are left without food and drink and rely on the help of volunteers from neighboring countries who send packages of food, hygiene equipment, and medicine to the border crossings.

The rushed departure from home means that some of the immigration applicants do not hold all the necessary passports and documents. This issue may extend their stay on the Ukrainian side of the border, sometimes by a day or even longer. Police at the border crossing in Romania say that a solution to this problem has finally been identified for everyone and that so far, no refugee has been sent back to Ukraine due to bureaucratic obstacles.Step 3: Crossing the border

From the moment they cross the border, the refugees are met by volunteers who provide equipment and assistance. At the border crossing to Romania, for example, tents are set up that can accommodate about 200 people apiece. In addition, water, food, medicine, clothes, and toys are distributed immediately. Refugees who are entitled to Aliyah also meet with representatives of the Israeli embassy, who handle the technical process. In other cases, they are asked to go to another crossing, where embassy representatives are waiting.

At other crossings, buses are waiting to take those who have crossed the border to hotels rented by The Jewish Agency in the four countries surrounding Ukraine. At the hotels, the refugees again receive donations of clothing, toys, hygiene products, and medicine. They are given a place to sleep, shower, and begin their Aliyah process with the help of Jewish Agency and embassy representatives.

Step 4: On the plane to Israel

After resting and equipping themselves with the necessary supplies, and going through the process with representatives of the Israeli embassy, the asylum-seekers board a plane on the way to Israel. It is estimated that tens of thousands of eligible immigrants may exercise their right in the coming weeks and arrive in Israel — among the 200,000 Jews eligible for Aliyah (on paper) who live in Ukraine. Some are unable to leave due to a law banning men ages 18-60 with less than three children from leaving the country.

Rustic Notkin, The Jewish Agency’s envoy to Bucharest, Romania, estimates that The Jewish Agency has so far reached about 15% of the refugees who are eligible for Aliyah. In his eyes, the real goal is to reach everyone.