In Rovno, A Tale Of Love And Darkness | The Jewish Agency 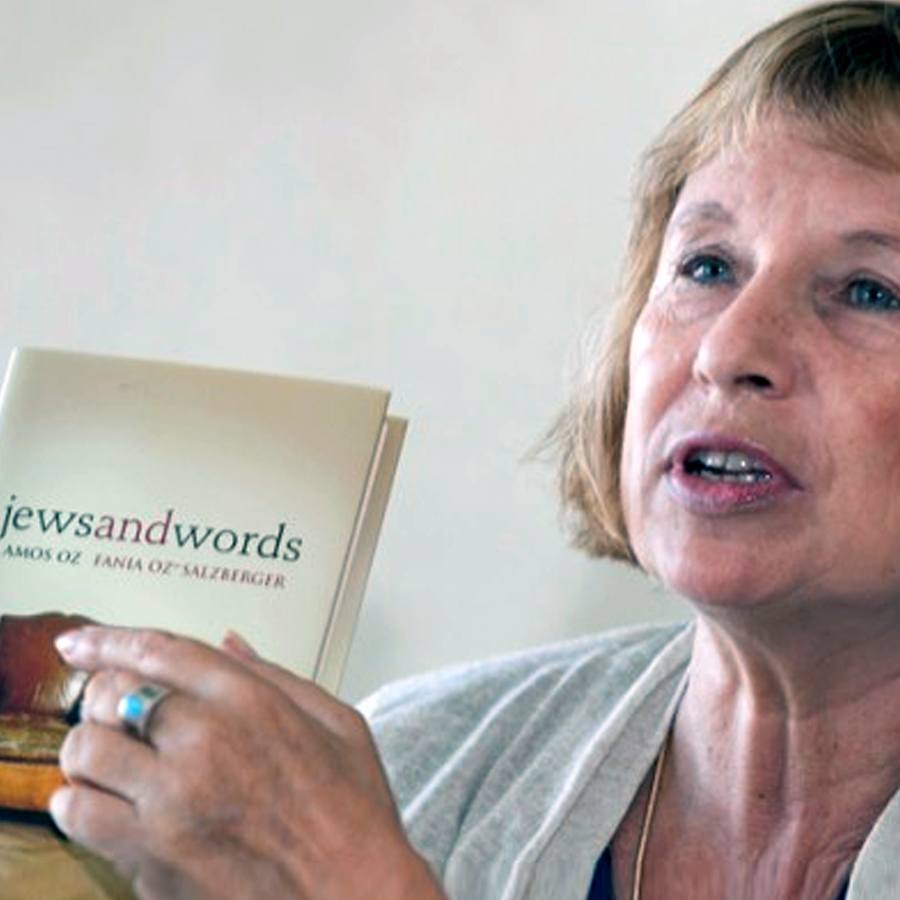 20 Feb In Rovno, A Tale Of Love And Darkness

Chaim Chesler, the head of The Jewish Agency for Israel’s delegation to the former Soviet Union, and founder of Limmud FSU, was known for his work in Jewish identity education and Holocaust commemoration throughout the former Soviet Union. In 2014 he returned to Rovno, alongside historian, Professor David Asaf of Tel Aviv University, and Professor Fania Oz-Salzberger, professor at Haifa University and daughter of Amos Oz. Amos Oz is the internationally-renowned author of A Tale Of Love And Darkness at the recent Limmud FSU festival in Rovno.

Since its publication in 2002, A Tale of Love and Darkness has been translated into dozens of languages. The English translation alone has inspired a full-feature film directed and acted in by American-Israeli actress, Natalie Portman.

A Tale of Love and Darkness tells the story of the Mussman family, the family of Amos Oz’s mother, originally from Rovno in northwestern Ukraine. Between the World Wars, the city was in Volhynia. Jewish presence there dates back to the 16th century, and its population surged in waves of immigration after pogroms in the east.

The story of the extinction of Rovno, is a mere chapter in the greater history of the Nazi genocide. More than 21,000 Jews of Rovno were taken to the city of Sosenki, 6 kilometers from the city. They were forced to dig mass graves, and then they were all shot. 80% of the Jewish population decimated in one swift shot—the remaining 5,000 survivors were gathered into a ghetto in the Wola district, and killed gradually.

Amos Oz’s A Tale of Love and Darkness, is a compelling story and captivating narrative. Here is an interview with Fania Oz-Salzberger on her journey back in time.

How do you feel about Rovno, compared to what your father wrote based off his family’s stories?

The house of the Mussmans, according to my grandmother and aunts, was big, full of life, rich and mysterious. There were many rooms and gardens there. Three girls lived there, dreamy, book-loving, colorful characters straight out of Chekhov.

The city was lively, full of diverse Jews, many activities and clubs, also conflicts between Jewish movements and denominations, wealthy merchants and beggars alike, Socialists and ultra-Orthodox, Polish romanticists and Kabbalists too.

All these people, along with their conflicts and trees and flowers, disappeared. The elderly Ukrainian couple which lives in the house formerly of the Mussmans’ don’t know anything about what happened. The locals don’t care. Memory itself has been murdered in Rovno. We came to offer life to memory, if even just for a moment.

Do you, or your father, see Rovno as a place as significant in the construction of family myths, or do you think the present and future are more important?

I cannot speak on behalf of my father.

For my part, I don't think we had a "family myth": I did not grow up on stories of Rovno.

A Tale of Love and Darkness is perhaps a requiem. It is much more than that, because it tells a universal story of failed love, not just a Jewish story of destruction.

But why should we choose between recalling the past, living in the present, and aiming for the future? It is an inhuman choice. My children have read my father's book, and it has enriched their lives. I can only pity individuals and cultures whose future is past-less.

There are those who say that here, Amos Oz chose to portray Amos Klausner, his childhood name, and to distance himself from the image of Israeli New Hebrew writers. Do you also think that’s so?

Novelists, poets and artists born in Israel were never completely focused on the present. Even in the height of the "Israelocentric" era, the Jewish past was never forgotten and never left untold. Israel's Arabs never forgot their past, and neither did the Jews. The "Sabra myth" is only a myth, a misleading and useless one. My father and his generation grew on Bialik and Agnon. The Shtetl, and other Jewish roots, were carved deep in their minds and in their self-understanding.

Did your father tell you stories personally about his mother, about Rovno?

My father told me very little of his mother, and of Rovno, before he wrote A Tale of Love and Darkness. I learnt from the book far more than I ever heard from him. Perhaps the memories were too painful to tell. Good literature can overcome personal tragedy by turning it into something greater than a mere personal tragedy.

I respect scholarly analysis. I am a scholar myself. But on this topic, I much prefer the poet Leah Goldberg's lines:

"Perhaps only migrating birds can tell / As they are hinging between earth and sky / this double-homeland pain. / Just like the pine trees, I was planted twice, / Along with them I grew, / with roots in two completely different landscapes."

Let me ask you: can any academic researcher put it more accurately than Leah Goldberg did in her poem?

How do you relate to the Limmud FSU experience, connecting past generations with the present, as Jewish families from the region gather there again, decades after the community there was murdered?

Limmud is a wonderful worldwide project. I lectured in Limmud conferences in the UK, Australia, and Turkey. But the Ukrainian experience was far more poignant and touching than any of them. It is not only a feast of Jewish learning, as in other countries. It is a feast of learning conducted right upon the burnt and scorched ground of Jewish disaster. It is a feast of tears.

But in Lvov we also sang and danced, laughed and debated. Whole families took part, grandparents, children and grandchildren. I found it incredibly heroic. I felt that the Ukrainian and Russian and Israeli Jews (and non-Jews) participating in this event were my extended family.

What did your father think about your trip here?

My father and I are very close, we love and understand each other, but we decided that each of us will speak for himself or herself. So I shall not try to speak for him.

By the way, I received pictures of yours from the visit to the Rovno house, and your face is very sad in them. What were you thinking about in those moments?

In Rovno, good people kept asking me if I were excited. I answered that I was not excited but sad. It was one of the saddest experiences of my life. But I am very glad I came.