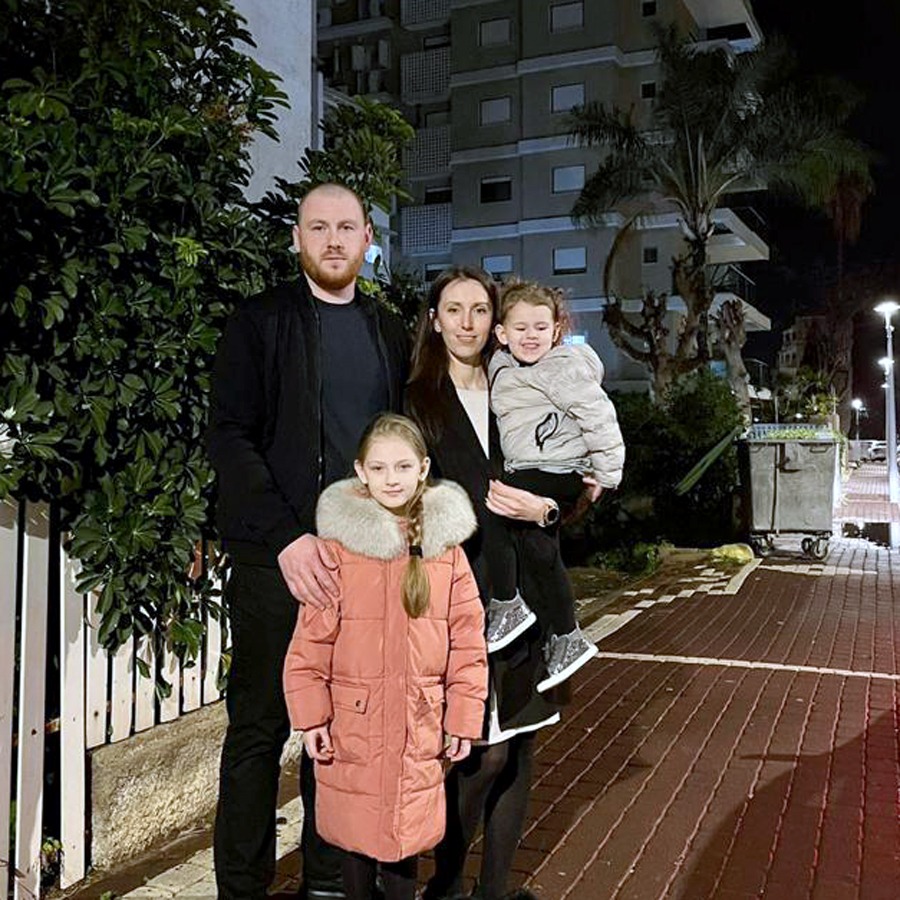 ‘Incredibly Lucky’ Family Leaves Ukraine Before Travel Restrictions
With assistance from The Jewish Agency and the International Fellowship of Christians and Jews, one final Jewish family from Ukraine was able to immigrate together on February 24, before men were prohibited from leaving.

Ina Jasnogor (28) and her husband Jan (29) and their two daughters Anastasia (7) and Dominica (3) were the last Jewish family to cross the border from Lviv to Poland on Thursday, February 24, just a few minutes before the Ukrainian government banned men aged 18-60 from leaving the country.

They left Zaporizhzhia, a city in south-eastern Ukraine, while the roads were still clear and managed to get to Lviv quickly and without any problems. The family did not intend to cross the border that day – they didn’t even pack extra clothes with them – and only planned to travel to the Israeli embassy in Lviv to get a visa. But when they arrived in Lviv, they realized they had nowhere to go back to.

At the embassy, they got in touch with the local Jewish Agency representative, who had already been in contact with them consistently and gave them instructions on what to do.

After their documents were issued, the Jasnogors decided to travel immediately to the Polish border with only the belongings they had with them in their possession. It was only when they had crossed into Poland and were on their way to Warsaw that they learned they were the last family to manage to leave with all of their family members in tow.

Ina shared: “All along we were not worried. And only when we were already in Poland and heard what was happening at the border and how many people were stuck in traffic on the roads, did we realize how incredibly lucky we were.”

After a long journey of 36 hours, they landed in Israel on Friday and went to a relative’s home in Nahariya where they spent Sabbat.

Since The Jewish Agency and the International Fellowship of Christians and Jews opened emergency center hotlines, following the escalation of the situation last week, more than 5,000 inquiries were received; about half of them have been from Ukrainians seeking to immigrate to Israel as quickly as possible. 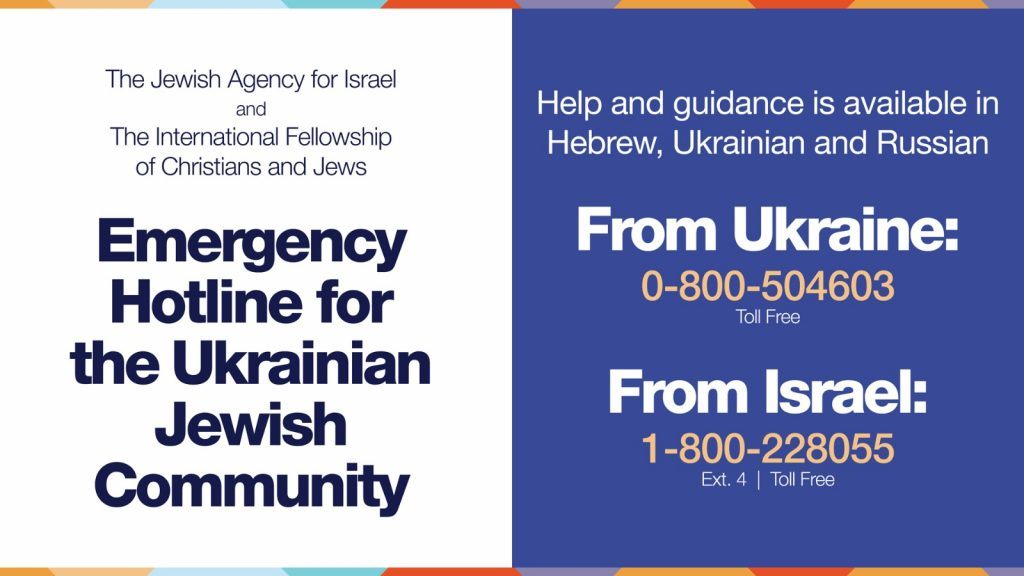