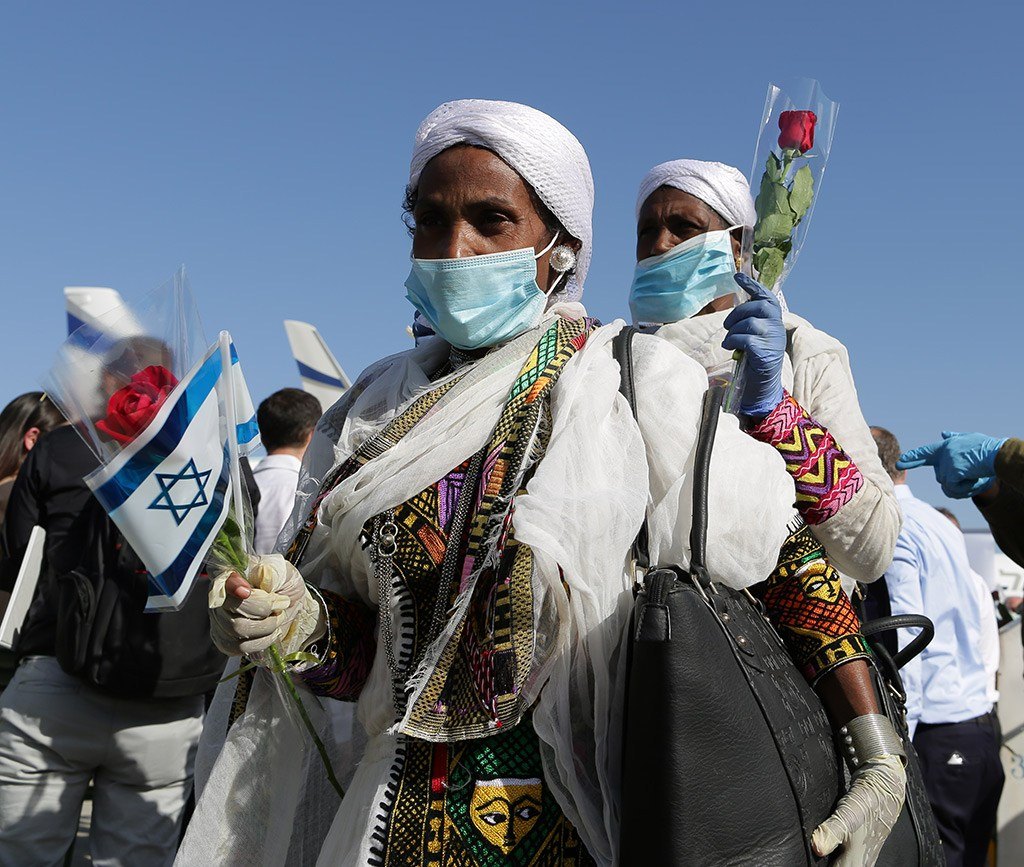 Posted at 10:00h in Press Release by elanagoodwin
Share

After Mandated Quarantine, New Ethiopian Immigrants to be Reunited with Family in Israel

After Mandated Quarantine, New Ethiopian Immigrants to be Reunited with Family in Israel

The Jewish Agency for Israel, The Jewish Federations of North America (JFNA) and Keren Hayesod applaud today’s decision by the Government of Israel, led by Minister of Aliyah and Integration Pnina Tamano-Shata, to approve the continuation of Aliyah (immigration to Israel) from Ethiopia. These olim (immigrants) are among the thousands in Ethiopia waiting, some for over a decade, to be reunited with their family in Israel. The Jewish Agency is immediately commencing implementation of the groundwork needed to facilitate the Aliyah of these new immigrants, including preparing the olim for their new lives in Israel.

Many thousands are waiting in Ethiopia to join their families in Israel. Most have left their homes and villages to wait in the major cities of Gondar and Addis Ababa. Despite their ongoing limbo and harsh conditions, the communities in these cities maintain a strong Jewish identity and carry out daily Jewish rituals. Aliyah from Ethiopia is a key mission of JFNA, Keren Hayesod and The Jewish Agency and is central to their collaborative work. Over the past 40 years, the organizations have worked together to bring more than 92,000 Ethiopian olim to Israel.

“From the inception of Operations Moses and Solomon over three decades ago, Jewish Federations have played a central role in mobilizing support and resources to bring Ethiopian Jews home to Israel and help them integrate into Israeli society. Today’s announcement is an exciting and important step to reunite families and strengthen the Jewish people,” said Jewish Federations of North America Chairman of the Board of Trustees Mark Wilf.

The annual core funds Jewish Federations raise each year have enabled The Jewish Agency to support Ethiopian olim throughout the immigration process from Ethiopia and their resettlement and integration in Israel. To support the special needs of this new Ethiopian Aliyah to Israel, Jewish Federations will raise an additional $5 million.

The Jewish Agency works in full cooperation with the Government of Israel, primarily with the Ministry of Aliyah and Integration, on Ethiopian Aliyah. The organization has been authorized by the Government of Israel to operate all Aliyah preparation in Ethiopia, as well as oversee the arrival and integration of these new immigrants into Israeli society. All Aliyah arrival and integration is carried out in compliance with the Ministry of Health COVID-19 guidelines. Once the olim reach Israel, The Jewish Agency provides for any necessary post-landing quarantine arrangements and will then move the new immigrants to absorption centers where they will be integrated into life in Israel. Since the outbreak of the coronavirus pandemic and the resulting limitation on mobility, The Jewish Agency has brought over 2,000 olim from Ethiopia to Israel.

“We applaud Minister of Aliyah and Integration Pnina Tamano-Shata for her tireless efforts to continue Aliyah from Ethiopia, together with The Jewish Agency and the Ministry of the Interior led by Minister Ayelet Shaked,” said Acting Chairman of the Executive of The Jewish Agency Yaakov Hagoel. “This government decision will put an end to the suffering of many families who will finally be reunited after years of waiting to make Aliyah.”

Keren Hayesod’s Chairman of the World Board of Trustees Steven Lowy AM said: “Keren Hayesod and our 60 campaigns around the world stand united with our strategic partners, The Jewish Agency for Israel, the Government of Israel and the Jewish Federations of North America in working to bring thousands of Ethiopian Jews home to Israel, thanks to the Government’s recent decision in which we applaud. We will work to ensure the safety of their Aliyah as well as their absorption in Israel. We will continue to make it a priority to safeguard the wellbeing and successful integration of olim into Israeli society.”

Due to COVID restrictions, the cost of flights from Ethiopia is high. There are also extensive preparations for Aliyah needed on the ground in Ethiopia, including increased staffing, education courses and healthcare. Support for this effort is provided in part by Jewish Federations through their collective overseas dollars to The Jewish Agency. Additional funds needed to cover the cost of preparation for immigration to Israel, flights and assisting these olim with integration into Israeli society will be raised collaboratively. This will be done through a joint global effort of The Jewish Agency, JFNA, Keren Hayesod and private donors from the Jewish world and among friends of Israel.

The Jewish Agency, JFNA and Keren Hayesod are awaiting final approval from the Government of Israel to bring all those waiting in Ethiopia to Israel.