Plan to Deepen Connections with World Jewry | The Jewish Agency 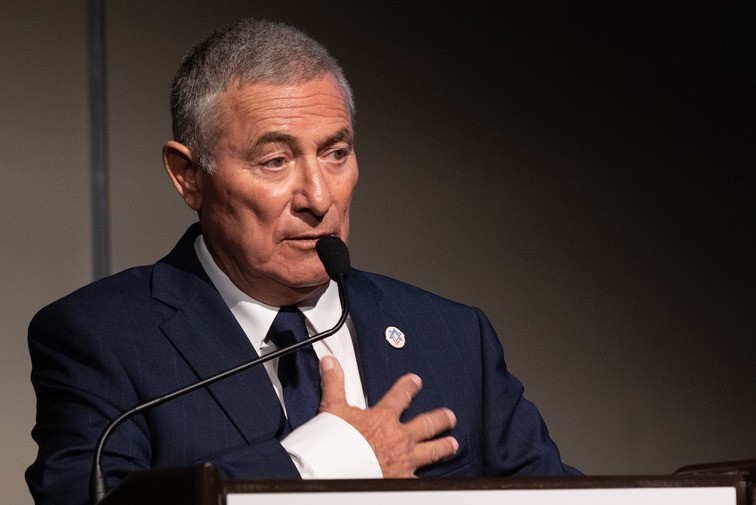 Chairman Doron Almog at The Jewish Agency for Israel's Board of Governors in November 2022. Photo credit: Maxim Dinshtein

Tel Aviv, Israel, Nov. 6, 2022 —Maj. Gen. (Res.) Doron Almog, Chairman of the Executive of The Jewish Agency for Israel, on Sunday presented the organization’s Board of Governors with his new plan to build stronger connections between Israelis and world Jewry.

The plan comes amid ongoing challenges underlying the relationship between the State of Israel and global Jewish communities. Almog’s plan, presented in an address to hundreds of Jewish leaders from around the world who are meeting in Israel this week, seeks to bolster the Israel-world Jewry relationship through avenues such as joint activities between communities worldwide and in Israel, fostering ties between Israeli students and Jewish students studying abroad in Israel, connecting young people from abroad with Israel’s high-tech industry, and creating lasting bonds between Israelis living outside the country and Jewish families in their regions of residence.

Almog noted that at any given moment, there are thousands of Israelis across the globe who can be harnessed for this important mission — among them former IDF officers, industry executives, academics, hospital administrators, representatives of nonprofits, and more.

He added that The Jewish Agency will work with the Israeli government to recognize and honor global Jewish communities in official state ceremonies. At the same time, in response to increasing antisemitic attacks and the activity of the Boycott, Divestment and Sanctions (BDS) movement, The Jewish Agency will expand the efforts of hundreds of young Israeli Shlichim(Israeli emissaries) stationed around the world who have intimate knowledge of the communities where they serve.

Further, Almog’s plan takes into account the challenges of integrating the tens of thousands of olim (immigrants) who move to Israel every year. Almog intends to work in cooperation with local municipalities, government ministries, and employers to accelerate the integration of new olim into the workforce. This initiative will also include volunteer programs, such as Israeli families “adopting” new immigrant families, and high school students assisting olim in learning Hebrew and getting involved with social activities.