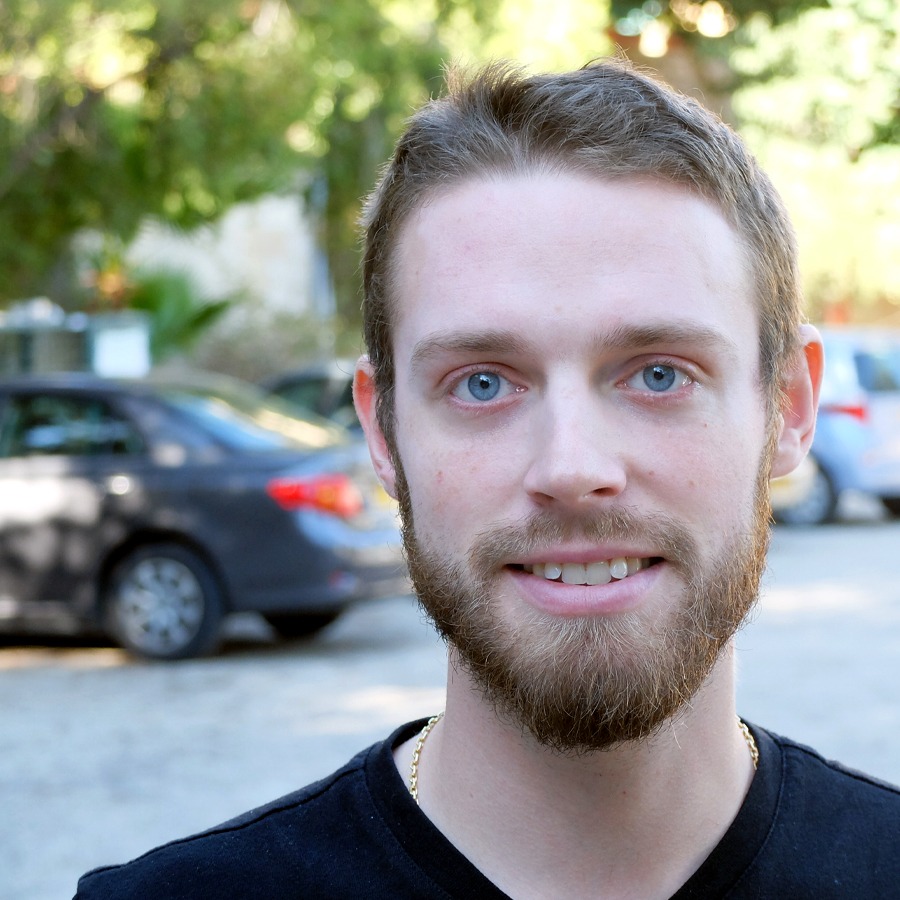 Jewish Life Without Fear.
27-year-old Nicholas Lampert decided to make Aliyah after experiencing anti-Semitism in his home in Uruguay. Now he says he lives in “heaven.”

In a literal sense, he lives in Israel. “It is almost impossible to explain what it means to be living in a land where every Jew can live as a Jew, without fear,” he says. “It’s a real miracle.”

Nicholas Lampert in Israel.
share
Nathan Roi for The Jewish Agency for Israel

The Jewish Agency for Israel provides crucial pre-Aliyah information and post-Aliyah support services along the way for any Jew who wants to make Israel home. Each year, tens of thousands of people from around the world decide to make Israel the setting of their life stories. Nicholas was one of them. He was raised in a well-respected family in Uruguay and could have easily stayed there while continuing to work in the family business. However, he decided his path in life was different.

During a trip to Poland and Israel, he recited the Jewish blessing for the ingathering of the exiles, which ignited an introspective journey into the meaning of his life.

“I had the opportunity to realize a dream that Jews had held for 2,000 years in just one second. I asked myself, ‘What am I doing in Uruguay?’ I told my parents that Israel is our real home,” recalls Nicholas. “My parents are secular Zionists living in the Diaspora. But when I looked back at my family’s genealogy, it appeared that something disappeared along the way. I felt that I had an obligation to complete the gap that had arisen. I began to study Judaism.”

I had the opportunity to realize a dream that Jews had held for 2,000 years in just one second.

As soon as Nicholas started his Jewish studies, he realized that he was on the right path — but then, he began to experience anti-Semitism.

“I started to observe Shabbat, to keep kosher, to wear a kippah. The hostile comments began to arrive. A person who wears a kippah on his head in the streets of Uruguay is a ‘different’ person,” he says.

This is when Nicholas knew he wanted to call Israel home.

He notes that “in the supermarket in Israel, the cashier asks if I want to buy a Passover Haggadah for 10 shekels. I pinch myself and ask, ‘How does this miracle happen?’ Simply put, this is the place where the future of the Jewish people is.”

When people ask Nicholas about his new life in Israel, he says he remains in disbelief and “never believed that I would reach such a place. We live here in a real paradise.”