Lifting The Spirits Of Terror Victims | The Jewish Agency – U.S. 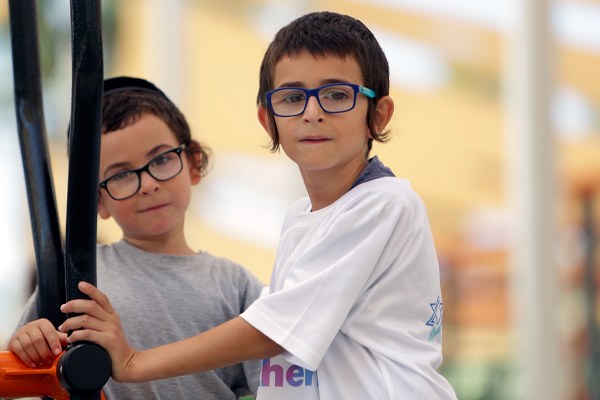 Lifting the spirits of terror victims.
Children affected by Operation Protective Edge find comfort and safety at a summer camp run by The Jewish Agency.

While we can't bring back those who were lost, the Fund for the Victims of Terror provides immediate and long-term financial and emotional assistance to Israeli families affected by terrorism.

The Fund for the Victims of Terror brings comfort to lives in upheaval. Whenever terror or rocket fire affects families in Israel, The Jewish Agency stands ready to help the loved ones of those who are injured or killed.
LEARN MORE

While we can't bring back those who were lost amid the waves of rocket fire and kite arson attacks coming from Gaza, The Jewish Agency’s Fund for the Victims of Terror played a crucial role, providing immediate and long-term financial and emotional assistance to Israeli families affected by terrorism.

Within 48 hours of an attack, a representative visits victims and provides emergency aid of over $1,000. Additionally, The Jewish Agency provides services and grants of up to $6,300 per family for recuperation efforts such as psychological care, job retraining, and more. The Fund for the Victims of Terror works with Israeli government agencies to avoid duplication of services. The goal is for victims to return as closely as possible to normal life.

Approximately 20 respite camp sessions for victims of terror are held annually. The campers, ranging in age from 6-16, enjoy daily activities such as sports and arts, as well as trips to various tourist attractions, heritage sites, museums, and cultural performances.

During the summer of Operation Protective Edge, 300 children who were recognized as victims of terrorist acts by the Fund for the Victims of Terror—including 200 children from Gaza-vicinity communities and 100 from across Israel—took a break from the chaos surrounding their lives to attend a Jewish Agency-run respite camp that eased their nerves and lifted their spirits.