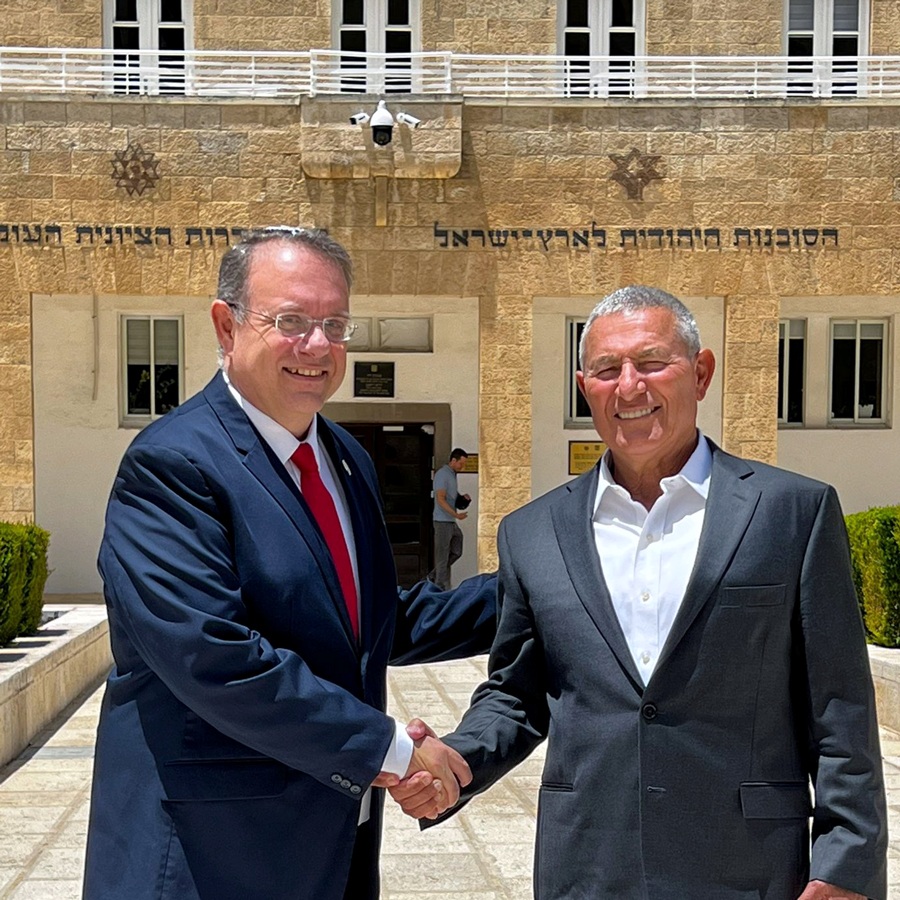 Maj. Gen. (Res.) Doron Almog previously served as the Commander of the Southern Command (2000-2003). Almog founded and serves as Chairman of the Adi Negev-Nahalat Eran Rehabilitation Village, named after his son Eran, who died at a young age from Castelman’s disease. Almog was one of the torchbearers on Independence Day (2006), as a token of appreciation for his contribution to the development of the Negev. Almog is the recipient of the Israel Prize for Lifetime Achievement and Special Contribution to Society and the State (2016) and Chairman of the Israel Security Award Committee (2022).

The election will be submitted to the Board of Governors of The Jewish Agency for approval. The Board is expected to vote on the appointment at the opening Plenary of its upcoming meeting, scheduled for July 10 in Jerusalem, with the participation of hundreds of Jewish leaders from around the world.

Since the election of the previous Chair Isaac Herzog as President of the State of Israel, last July, the Committee has worked thoroughly and comprehensively to elect the next Chair of The Jewish Agency. The process was conducted in collaboration with the senior leadership of world Jewry and included meetings with potential candidates until the nomination of Almog. Almog is expected to take up his post during September 2022.

Chairman of the World Zionist Organization, Yaakov Hagoel, who chairs the Nominating Committee, said: “I extend my congratulations to Almog on his nomination, and I am confident that he will lead The Jewish Agency with the same dedication and determination with which his predecessors in this position acted.”

Chairman of the Board of Governors of The Jewish Agency, Michael Siegal, said: “I welcome the selection of Almog as the new Chairman of the Jewish Agency and I am sure he will promote the important mission before us to keep the Jewish people connected to each other and to Israel. I would also like to thank all the members of the Leadership Nominating Committee for their commitment to a decent and dignified process.”

Elected Chairman Doron Almog said: “I am proud and excited about the trust and election. I am grateful to the people of the Agency and its leaders who work day and night to strengthen the Jewish people and the State of Israel. By working together, we will ignite flame and pride in our work for a future of hope for future generations.”

Chairman of the Executive, Nomination