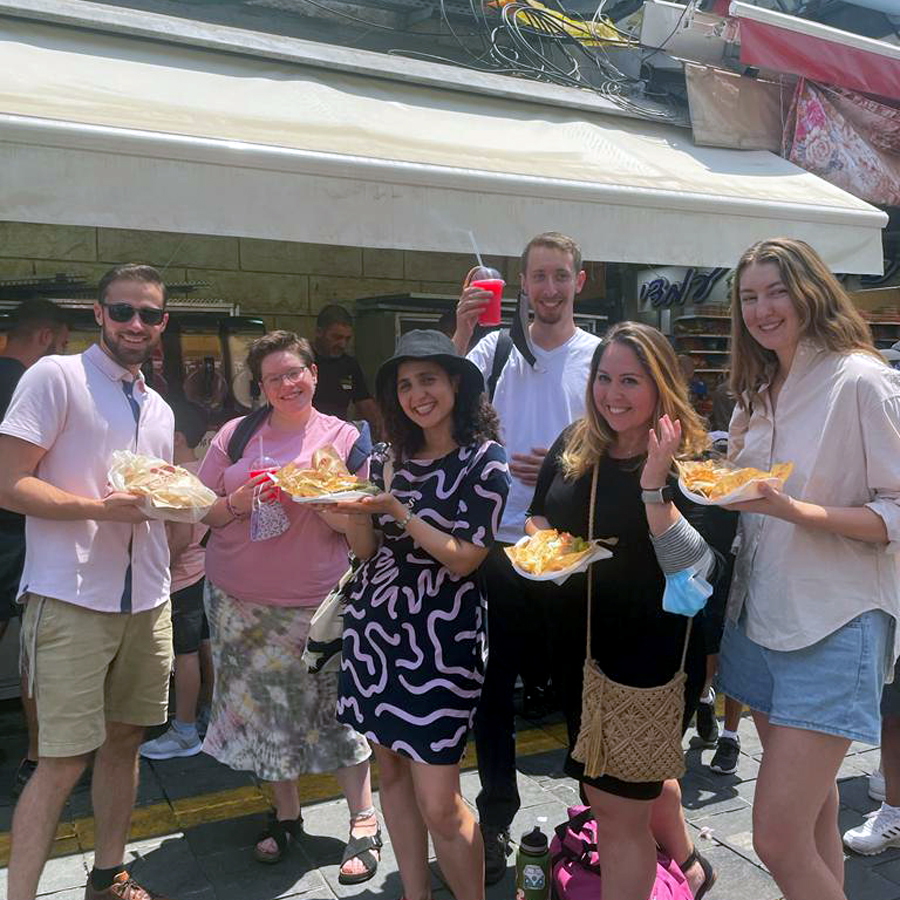 Making Lifelong Friends at Ulpan Etzion
When Sara made Aliyah from Australia, her Hebrew skills were limited. At Ulpan Etzion, she learned to express herself and made lasting connections with fellow newcomers to Israel.

When COVID-19 hit, Sara was living in Washington, D.C., after having recently moved there from New York City for a job. But with her visa due to lapse soon, and being unable to schedule an appointment for renewal that wasn’t canceled because of the pandemic, Sara realized her time in the U.S. had to come to an end so she returned home to Melbourne, Australia.

“After going back to Australia, I worked at the Department of Health for about 10 months. But I knew pretty quickly after being home that I wanted to make Aliyah because of the strong community and Jewish life that exists in Israel,” Sara shared. “I applied to make Aliyah in April 2021, was approved in June and arrived in July. I figured, if not now, when?”

When Sara first got to Israel, her Hebrew skills were fairly rudimentary so she signed up for The Jewish Agency’s Ulpan Etzion in Jerusalem, Israel’s flagship intensive Hebrew learning program designed specifically for young immigrants who hold college degrees. The five-month-long program provides a solid academic Hebrew foundation for those who wish to develop their language skills in Israel.

“I like to think I’m quite good at languages but honestly, my Hebrew really was terrible and I couldn’t speak Hebrew in full sentences. There were definitely a lot of Hebrew faux pas in the first few months,” Sara divulged with a laugh. “But after finishing Ulpan in December, I feel I can really express myself and have plans to sign up for another Ulpan in the future to further hone my abilities.”

During Ulpan Etzion, Sara lived and learned with fellow new olim (immigrants), taking classes in the morning before having the afternoons free to study and work. During her free time, Sara babysat, applied to jobs and had interviews.

“At Ulpan, we had the opportunity to learn how to write our resumes in Hebrew and be mentored by helpful professionals and were given a lot of great resources, which were crucial given the challenges that stem from Israeli bureaucracy,” said Sara. “With Ulpan Etzion’s assistance, I was able to land a job doing English content writing for a consulting company which I started just a few days after my cohort ended.”

Now living in Baka, a neighborhood in Southern Jerusalem, with a follow Ulpan Etzion graduate from a different cohort, Sara is grateful for her Ulpan Etzion experience which resulted in lifelong friendships.

“It really felt like camp and it went by so fast; I missed it immediately after it was over. Obviously, learning Hebrew was important and I’m thankful The Jewish Agency offers this Ulpan to new olim but what makes the experience so special is really the people,” Sara shared. “You meet so many amazing people and come out of the program with such close friends who continue to be there for you and that helps as you settle into Israeli society.”