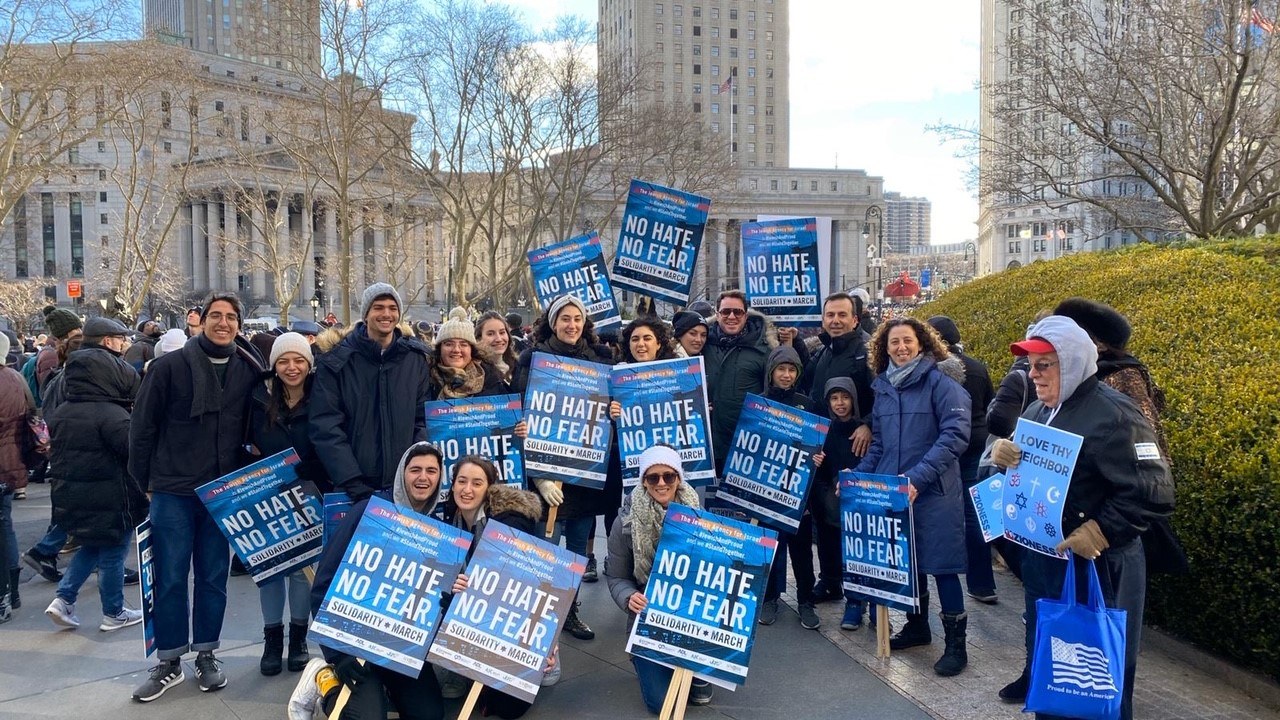 07 Jan Marching in Solidarity Against Anti-Semitism

Marching in Solidarity Against Anti-Semitism
More than 25,000 people marched against anti-Semitism in New York on Sunday, January 5, at the No Hate No Fear solidarity march while hundreds participated in a parallel rally in Jerusalem

The recent rise of anti-Semitic attacks in the New York area prompted Jewish organizations last week to organize a solidarity march under the banner “No Hate. No Fear.” The march was organized by UJA Federation of New York, along with the Jewish Community Relations Council of New York, Anti-Defamation League-New York, American Jewish Committee-New York, and the New York Board of Rabbis.

Thousands came out in the brisk cold to protest anti-semitism, gathering in Lower Manhattan before crossing the Brooklyn Bridge and coming together for a rally in Brookyln’s Camden Plaza.

The march did not just attract local Jews but also non-Jewish allies who wanted to lend their voices to the cause and take a stance against anti-Semitism. And hundreds came in Jewish delegations from New Jersey, Connecticut, Cleveland, Boston, Central Massachusetts, Washington, D.C., Montreal, and Toronto to attend the march and rally in New York. The Jewish Agency for Israel’s New York employees, regional Shlichim (Israeli emissaries), and local supporters joined the showing of solidarity, too.

Leaders from the organizing groups and community leaders, both Jewish and non-Jewish, spoke at the Camden Plaza rally.

We are here in Jerusalem standing together... in solidarity declaring: No fear! No hate! 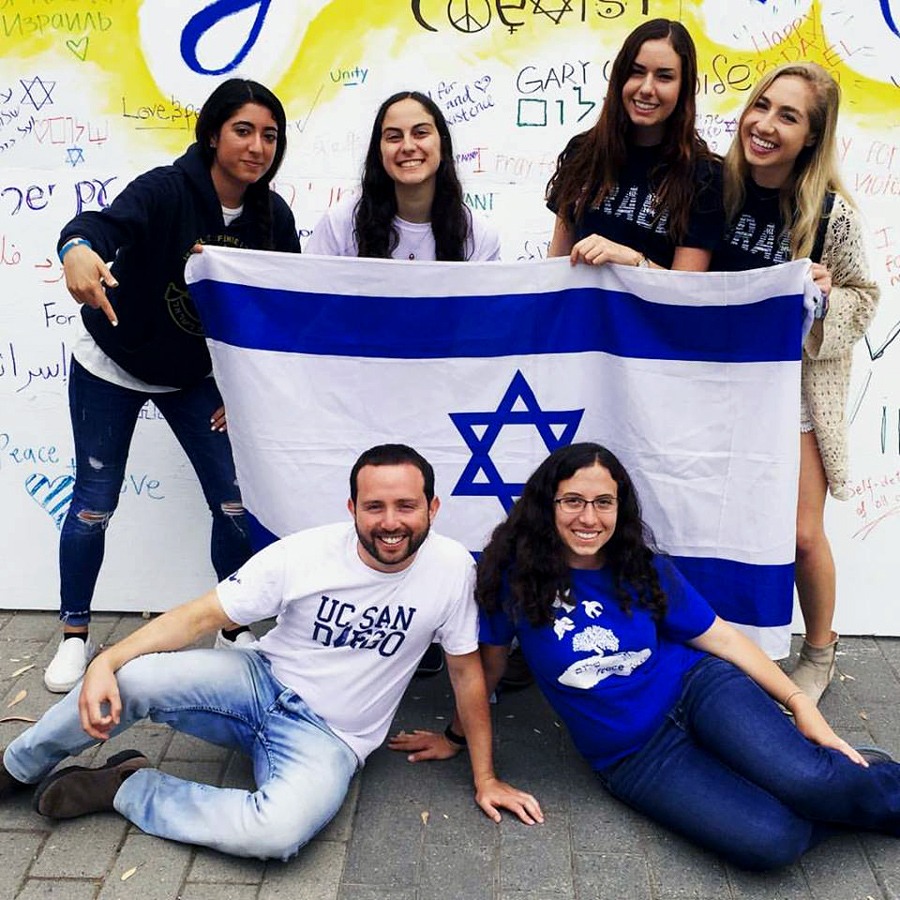 With violent instances of anti-Semitism on the rise across the world, The Jewish Agency for Israel is devoting more resources than ever to expunge this epidemic and ensure Jewish safety.
LEARN MORE

In concert with the New York march, The Jewish Agency organized and publicized a parallel rally in Jerusalem in their headquarters’ courtyard. The Jerusalem solidarity rally drew hundreds who gathered to send a clear message of support to U.S. Jews, particularly after the most recent anti-Semitic attacks in Monsey and Jersey City.

In addition to those larger recent attacks, New York and New Jersey Jews have been experiencing frequent smaller anti-Semitic incidents. Regional Jews, especially those who are easily identifiable as Jewish such as the ultra-Orthodox, have been harassed and assaulted in public and while using public transportation.

“Thousands are marching in New York, Jews and non-Jews alike, from a deep sense of both outrage and responsibility in the face of the horrific venom that has recently reared its head – hatred of Jews in the United States,” said Jewish Agency Chairman Isaac Herzog in a speech to rally participants in Israel. “Jews are no longer as safe on the streets of the US as they were over the past hundreds of years. We are here in Jerusalem standing together with them in solidarity declaring: No fear! No hate!”