New Chairs of Executive & Board elected | The Jewish Agency 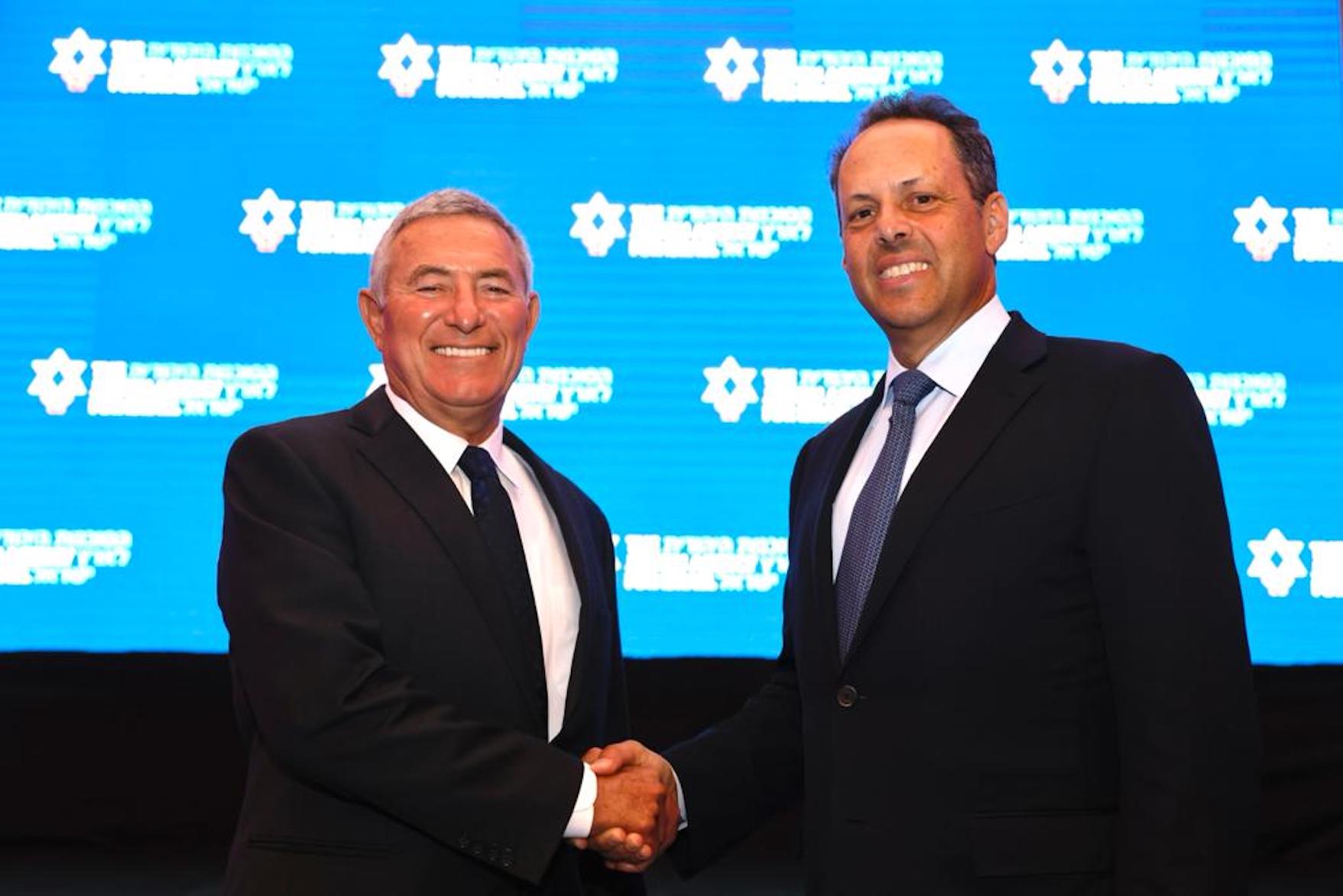 Chairman of the Executive Maj. Gen. (Res.) Doron Almog and Chairman of the Board of Governors Mark Wilf assume their new positions as Jewish community leaders meet in Jerusalem to address the challenges facing the Jewish world today.

Chairman of the Executive Maj. Gen. (Res.) Doron Almog and Chairman of the Board of Governors Mark Wilf assume their new positions as Jewish community leaders meet in Jerusalem to address the challenges facing the Jewish world today.

The vote occurred at the Orient Hotel in Jerusalem during The Jewish Agency’s three-day Board of Governors event, which is hosting a diverse array of Jewish community leaders who are addressing the challenges facing the Jewish world today. Those challenges include the rescue and Aliyah (immigration to Israel) of over 30,000 olim (immigrants) fleeing war-torn Ukraine, projects connecting Israel with Jewish communities around the world and the renewal of Operation Zur Israel, which aims to bring 3,000 Ethiopian olim to the Jewish State.

Almog previously served as the Commander of the IDF Southern Command (2000-2003). He founded and served as Chairman of the Adi Negev-Nahalat Eran Rehabilitation Village, named after his son Eran, who died at a young age from Castelman’s disease. Eran was named after Almog’s brother, who fell in the Yom Kippur War while serving as commander of a tank unit defending the Golan Heights. Almog was one of the torchbearers on Independence Day (2006), as a token of appreciation for his contribution to the development of the Negev. He is the recipient of the Israel Prize for Lifetime Achievement and Special Contribution to Society and the State (2016) and Chairman of the Israel Security Award Committee (2022).

“Today I stand here before you as I am making my third commitment, to embark on my third Jewish journey — for the entire Jewish people, to reach the heart of every Jew on Earth and to instill pride in our Judaism and the State of Israel,” Almog told attendees at the opening plenary, referring to the events surrounding his late brother and son as the first two journeys. “The connection between the State of Israel and global Jewry is of existential strategic importance. We will work together to increase Aliyah and absorption, to build stronger connections with world Jewry, reinforce mutual commitment and love of humankind, and strengthen the weaker sections of Israeli society.”

The outgoing Chair of The Jewish Federations of North America’s Board of Trustees, Wilf serves on a variety of educational and philanthropic boards, including those of the American Jewish Joint Distribution Committee, American Society for Yad Vashem, Anti-Defamation League, New York University School of Law, Princeton University President’s Advisory Council, Yeshiva University, and more. Wilf has long been involved in efforts locally, nationally, and globally to ensure the welfare and vitality of the Jewish community and the State of Israel.

“I am delighted to join The Jewish Agency family and help ensure that we continue to strengthen the connections between Israel and global Jewish communities,” Wilf said on Sunday. “The seismic events of recent years have only reinforced the need for mutual responsibility. I can say with confidence that there is no other organization quite like The Jewish Agency that can connect the Jewish people globally to ensure we are really stronger together.”

The event also bid farewell to outgoing Chairman of the Board Michael Siegal, who completed a successful five-year term where he led a robust strategic plan addressing the most pressing issues in the Jewish world today.

“Over the course of my chairmanship, The Jewish Agency in particular and the Jewish people at-large have been faced with unprecedented challenges — including the pandemic and war in Ukraine — which placed our organization at the forefront of meeting the urgent needs of world Jewry,” Siegal said. “Indeed, The Jewish Agency’s historic role as the Jewish people’s first-responder has arguably never been more indispensable than it is today. It has been an honor to be part of The Jewish Agency’s senior leadership, and to oversee its important and impressive work on behalf of us all.”

Additionally, The Jewish Agency gave recognition to World Zionist Organization Chairman Yaakov Hagoel, who has served as Acting Chairman of the Executive of The Jewish Agency, where he led the organization as it navigated bringing thousands of olim in distress from Ukraine and Ethiopia to Israel. He will remain acting chairman until August 2022, when Almog will assume the position.

“I thank you for the privilege of leading the selection committee for the chairmanships of The Jewish Agency Executive and Board,” Hagoel told attendees. “Despite the long process, the committee selected individuals who are highly worthy of those positions — Doron Almog, who as a general in the IDF and a recipient of the Israel Prize has made many contributions to the State of Israel, and has now embarked on another mission in which he will contribute immensely to the people of Israel and to world Jewry; and Mark Wilf, who has been working for the benefit of the Jewish people for many years and will now head our Board of Governors.”

Also in attendance will be President of Israel Isaac Herzog and many members of Knesset across the political spectrum, who are engaging in dynamic discussions at the global conference.

Further, Board of Governors members are meeting with dozens of Jewish Agency Shlichim (Israeli emissaries) who are serving in Jewish communities around the world and are contending with a rise of global antisemitism and anti-Israel sentiment. They are also meeting with Jewish community leaders and youth from the U.S. who are spending the summer in Israel as part of the RootOne program, which is supported by the Marcus Foundation and the Jewish Education Project.

Finally, attendees heard about the launch of SparkIL, a new digital peer-to-peer lending platform created by The Jewish Agency and the Ogen Group that enables lenders from around the world to provide interest-free loans to small businesses in Israel.

Board of Governors, Chairman of the Executive, Israel, press release