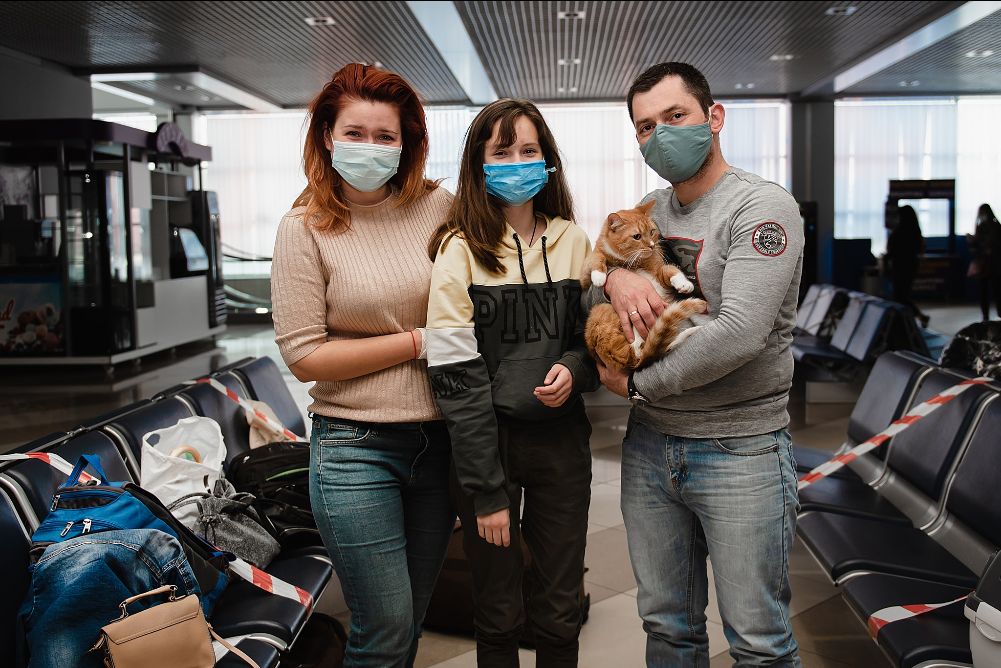 20 May New Olim from Ukraine, Including Pets, Land in Israel

New Olim from Ukraine, Including Pets, Land in Israel
Amidst the coronavirus, new olim (immigrants) and their pets still landed in Israel from Ukraine, fulfilling dreams of moving to the Jewish homeland

In mid-May, 53 olim from Ukraine arrived safely in Israel and entered quarantine — including four cats and two dogs who made Aliyah with their families. When Dima and Wolya Epstein and their 12-year-old daughter, Ksuysha, started planning their Aliyah journey from Kharkov, they knew it would need to include their five-year-old cat, Lyuba.

“When we decided to make Aliyah, we had no doubt that Lyuba will join. He is part of the family and we cannot imagine our home without him,” said Dima.

Born on the streets, Lyuba was adopted by the Epsteins as a kitten after his mother died, and has since spent every night in Ksuysha’s bed. The Epsteins are confident he will quickly adjust to life in Israel — as will they, though they know little Hebrew.

“I am certain we will overcome all problems of starting our life in Israel. Of course, it will be hard at first, but we have a wonderful and proven cure for stress,” said Dima. “No matter how bad a mood you will come back home with, a few minutes with Lyuba, petting his silky fur and everything becomes easier.”

The Epsteins plan to attend Ulpan and intend to live in Holon in the future.

We are thrilled, and excited, and can’t even believe that this is finally happening. 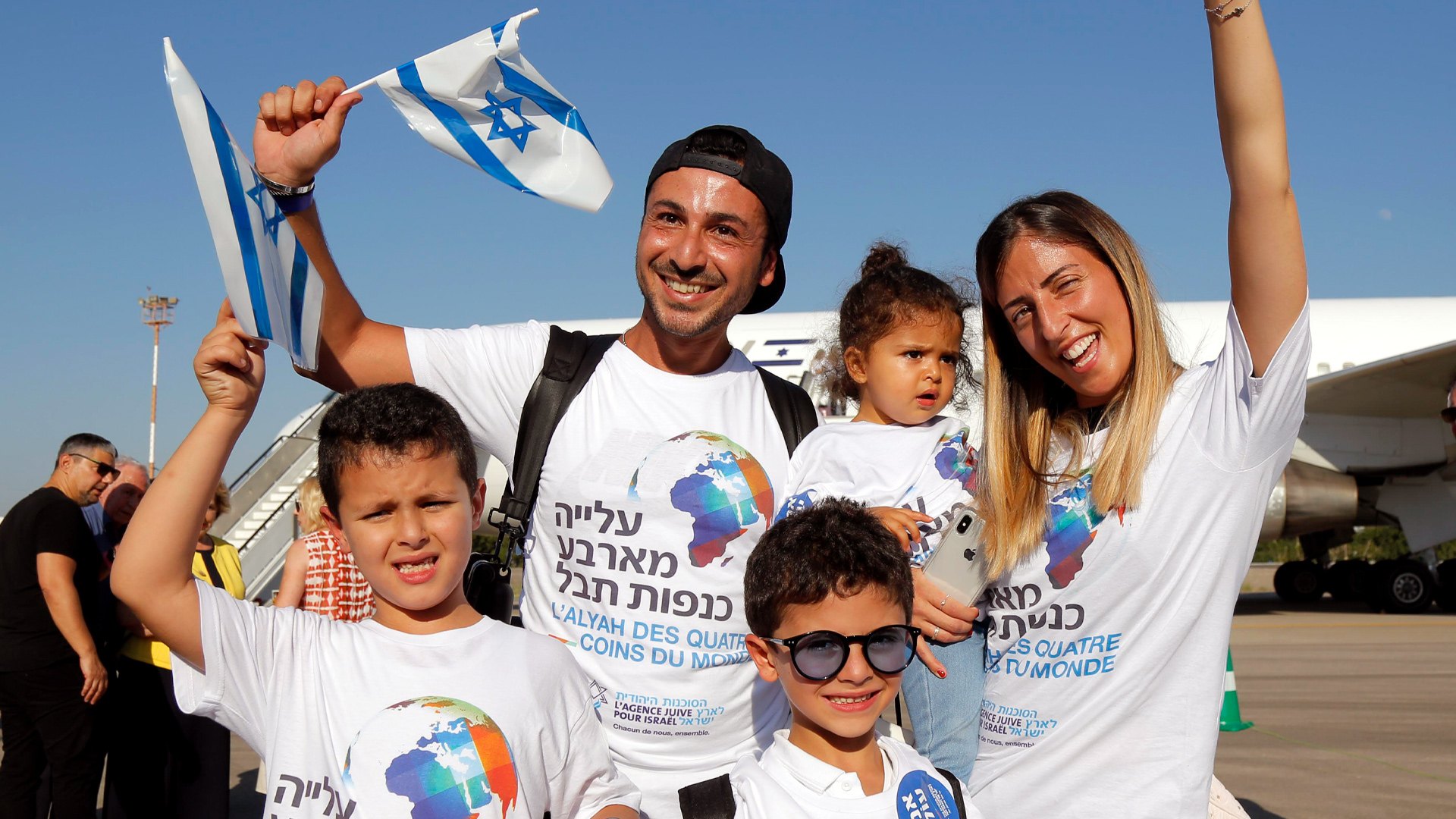 Interested in making Aliyah? The Jewish Agency will help you every step of the way.
LEARN MORE

For the Shterenshtein family, Yevgeniy, Marina, and kids Maxim, 8, and Alexandra, 6, their Aliyah fulfillment was many years in the making. Yevgeniy had been aware of his Jewish roots for a long time and was raised on the stories of his late Grandfather, named Israel. In the 1990s, when Yevgeniy was a child, his family planned to move to Israel, as it was his father’s dream, but unfortunately, his father died before they could make Aliyah.

In 2019, a cousin of Yevgeniy’s was able to make Aliyah with his wife thanks to assistance from The Jewish Agency. Another cousin and his family followed suit in March 2020, catching the last flight to Tel Aviv before the regular flights were canceled due to corona restrictions.

Yevgeniy’s family began the Aliyah paperwork process in late 2019. The Jewish Agency coordinator in Mariupol offered the Shterenshteins the chance to participate in a seminar dedicated to Aliyah programs, which was organized by the Kharkiv office.

“Besides tons of information on life in Israel, we were also introduced to the traditions of Shabbat, and felt the connection with other families who were at different stages of their ‘road of a thousand miles,’” recalled Yevgeniy.

After getting approval in January that they were approved for Aliyah, the Shterenshteins were finally able to get to Israel.

“Despite the pandemic restrictions, and global lockdown, my family and I made Aliyah on May 10 – and I can’t call it anything but a miracle,” shared Yevgeniy. “We are thrilled, and excited, and can’t even believe that this is finally happening. My father’s dream has become mine, and I am living it now!”