On the Frontlines in Israel after Aliyah | The Jewish Agency 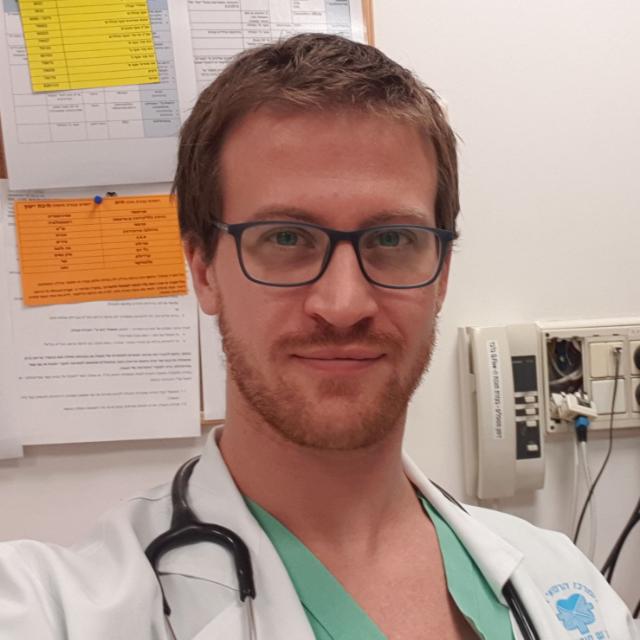 19 Nov On the Frontlines in Israel after Making Aliyah

On the Frontlines in Israel after Making Aliyah
Five years ago, Ary, 32, planned to move to the U.S. after finishing med school in his native Argentina. His plans changed drastically when he went on a Taglit Birthright trip to Israel.

share
On call in Israel | Photo provided by Ary

“On the Taglit trip, I learned I could take the Israeli licensing exam to be a doctor, which was the same process as I’d have to for America,” said Ary. “After comparing the potential paths for my life and career, I decided that making Aliyah was a more compelling option.”

Ary made Aliyah in October 2018 — but he started the Aliyah process shortly after Birthright, first meeting with the Jewish Agency advisor for South America. Deciding he wanted to finish the American licensing exam beforehand even though he planned to move to Israel, Ary left his Aliyah application dormant for three years. Once he’d completed the exam, he got back in touch with The Jewish Agency and was guided through the Aliyah process.

“Coming to Israel, everything exceeded my expectations. I was given assistance right away from the moment I landed at the airport; a Jewish Agency employee got me a cab, took me to my housing, they were great,” recalled Ary. “I went to their Ulpan Etzion in Haifa and met so many people there. The experience was very helpful and I felt really welcomed. Learning Hebrew was a challenge – and I’m still learning every day.”

A general doctor in Argentina, Ary chose to specialize in anesthesia in Israel and just finished his first year at Ichilov Hospital in Tel Aviv. While there, the coronavirus pandemic hit, putting Ary on the frontlines working in the Emergency Room.

“I was nearing the end of my internship, and in the middle of a surgery rotation when the pandemic broke out. Even though I’d already done an ER rotation, I was sent back to the Emergency Room because they needed doctors and put on 12-hour shifts,” he said. “They told us they didn’t know how long it’d be for. It was definitely scary because we didn’t know much about the contagiousness and felt ill-prepared… we didn’t know what to expect.”

Luckily, Ary shared, that first wave was not as bad as expected, at least in the beginning. Because many were afraid of going to the hospital, the workload was initially slower before steadily increasing. With the rise in patients, the hospital designated one wing of the ER just for COVID in order to isolate those with symptoms; when Ary last did a shift there in September, the isolated wing was still being used and there were a lot of people there receiving medical attention.

“It was very intense. But I also felt like what we did mattered; everyone was counting on us and supporting us. It made me feel more like I finally belonged here and was part of society; that I was pulling my weight and I was proud of that.”

Despite the challenges, Ary, who is now working at a hospital in Petah Tikva, is glad he came to Israel and would tell anyone who wants to make Aliyah to go for it after doing their homework.

“If you’re thinking about Aliyah, be honest about why you want to move to Israel. Don’t assume the grass will be greener in a different place and rush things,” advised Ary. “I had a clear cut plan when I came here and took a lot of time to do research so I was well prepared. It takes work, but life here is good. This is a truly excellent place to live… everyone should come!”