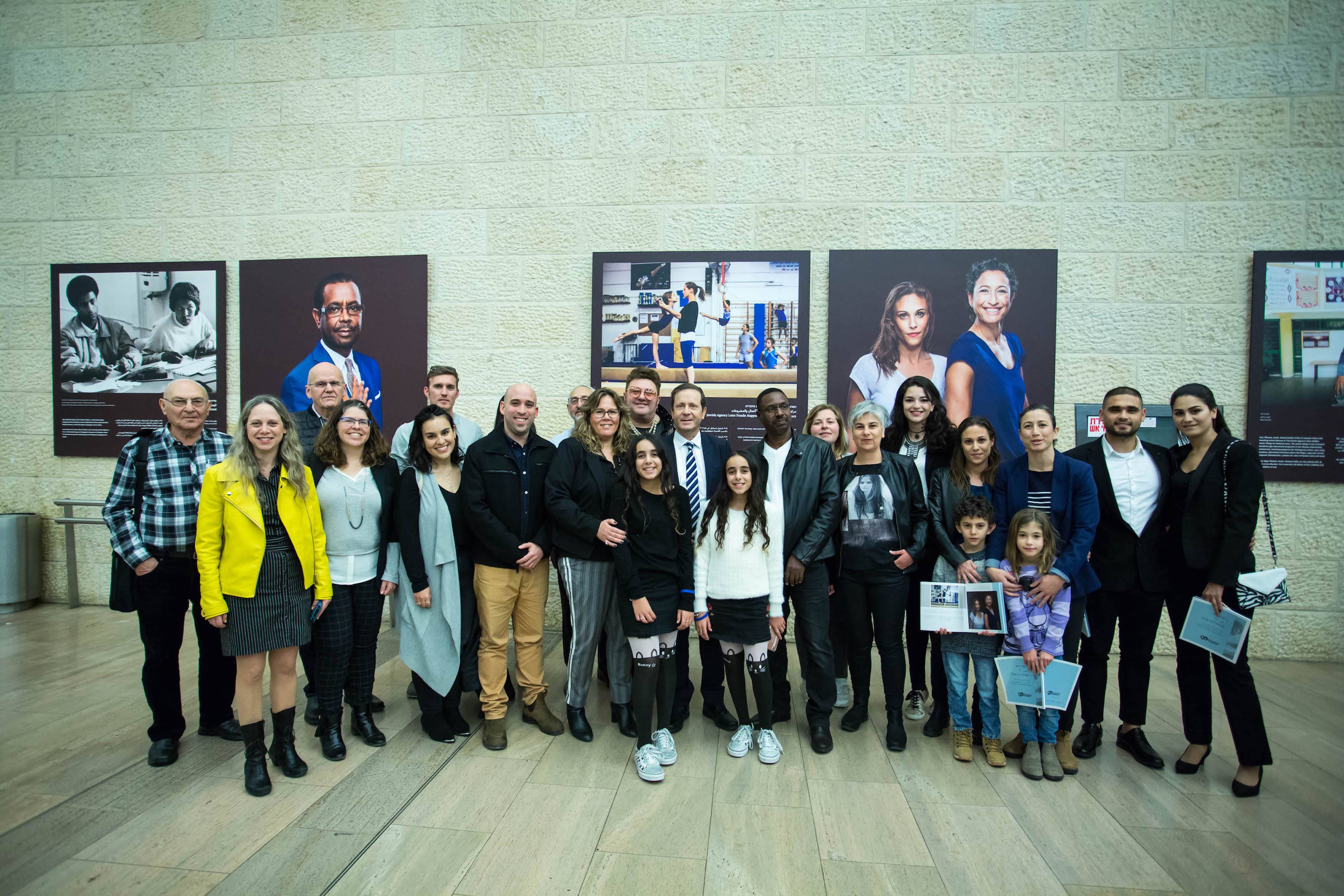 One to Ninety Photo Exhibit Brings The Jewish Agency’s Story to Life
The photo exhibition at Ben Gurion Airport depicts the story of The Jewish Agency for Israel as the organization celebrates its 90th anniversary this year.

“Presenting the exhibition at Ben Gurion Airport, through which millions of immigrants have entered Israel and millions of visitors from around the world pass through each year, is exciting and highly symbolic,” said Jewish Agency Chairman Isaac Herzog.

The exhibition, curated by The Jewish Agency’s Global Brand Director, Elad Sonn, moves along time and space, connecting the personal to the collective and linking the Jewish people’s past to its common future, presents a sample of The Jewish Agency’s stories of people, places and programs around the world and in Israel. It presents the story of the Jewish people and Israel’s heroes during transformative and important events, while also ‘visiting’ them in the present with portraits showing them today.

Among the subjects of the exhibition are a young woman who immigrated to Israel on her own and served as a Lone Soldier in the Israel Defense Forces; a child rescued in a covert Aliyah of Rescue operation; a Hebrew teacher at the oldest ulpan (center for intensive Hebrew instruction) in Jerusalem; pioneers who built the country; Shlichim (Israeli emissaries) who promote Israel overseas; and others.

“In its tenth decade, The Jewish Agency is addressing major contemporary challenges facing our people in Israel and worldwide, including strengthening the ties between world Jewry and the State of Israel, acting as the voice of overseas Jewry in Israeli society, promoting Shalom Bayit (cooperative relationships) among the various streams of Judaism, ensuring the security and well-being of Jews around the world as they face rising anti-Semitism, and, of course, continuing to bring tens of thousands of immigrants to Israel each year,” said Jewish Agency Chairman Isaac Herzog.

The Jewish Agency for Israel, which was founded in 1929, brought Jews to Israel even before the establishment of the State. Fulfilling the vision of creating a national home for the Jewish people in its historic homeland, the organization today has brought more than 3.5 million immigrants from all over the world, established hundreds of small towns across the country, and for decades played a crucial role in populating, building and developing the country for all its citizens.

It has led cross-sectoral and diversity programs within Israeli society on behalf of world Jewry, together with its partners at the World Zionist Organization, the Jewish Federations of North America (JFNA), Keren Hayesod, the Government of Israel, foundations and donors from Israel and around the world. Over the course of its 90 years, The Jewish Agency has worked to build a bilateral connection between Jews and Israel, and to strengthen the relationship between Jews – with Israel at its center. For these achievements, The Jewish Agency was awarded the Israel Prize in 2008.

For those who won’t be traveling to Israel anytime soon, you can view the One to Ninety exhibit as a catalog online.