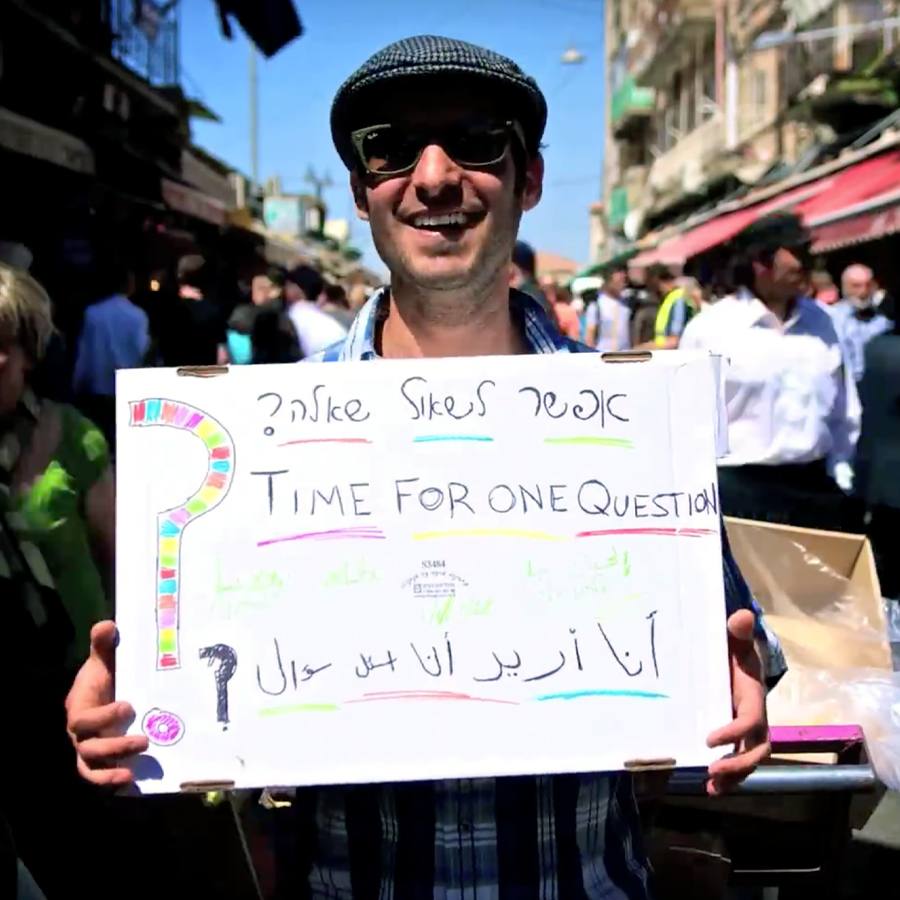 Each year, thousands of young Jewish adults venture to Israel to immerse themselves in culture, and gain a new perspective on their identity. Thanks to programs like Taglit-Birthright Israel and Masa Israel Journey, in conjunction with The Jewish Agency—some of these international travelers were moved to create a remarkable video project. Birthright Israel offers 10-day educational Israel experiences for the Jewish adventurer aged 18-32.

Israel was always some place over there... When I came on Birthright, a relationship began. 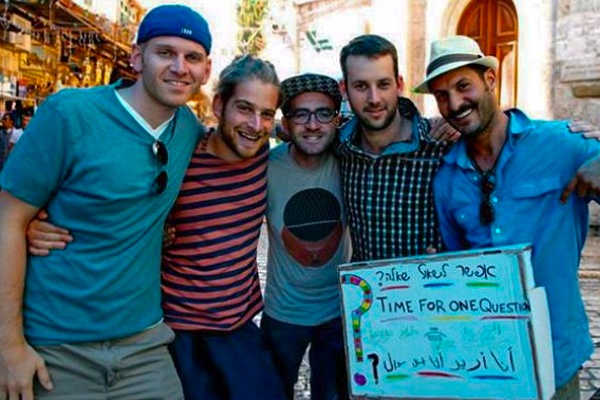 A 2003 Taglit-Birthright Israel alum, Joseph Shamash, returned years later with a team of writers and filmmakers to record the people of Israel sharing their well wishes for Iran. While he went on his original trip with ״preconceived notions of Israel,” he came back inspired. In fact, his team’s One Wish Jerusalem video project quickly became a YouTube sensation.

The young Jewish creatives spent a day filming people across the country, and a successful movement grew from there.
The One Wish Jerusalem team reached over 140,000 people in just a few short months online. In their video, One Wish for Iran, Love Israel, they asked people living in Tel Aviv, Jerusalem, Beit Shemesh and Bethlehem to send a wish to Iran and its new president at the time, Hassan Rouhani.

Shamash insisted that the project could never have come about if it were not for the unique skills of each of the crew members: poet, Andrew Lustig; assistant-producer, Malky Schwartz; cinematographer, Jeff Handel; producer, Raphael Sisa; and Masa Israel Journey alumni and translator, Elhanan Miller.

When asked what their wishes were, the men had bold answers. Handel wished to form bridges connecting people who would not otherwise be connected. “I wish people would ask themselves good questions," replied Sisa. "I wish that everyone in the world would overcome their fears, and get out of their comfort zones," Shamash shared.

Shamash’s voice reflects the many Jews who grew up with a strong Jewish identity and education, but do not relate to the Judaism they were taught. In order to integrate the Jewish facet of his identity, he returned to explore Israel.
Born in Texas to Persian immigrants, Shamash calls himself a Persian Jewish Cowboy. On his journey, the young American walked into a veteran Oleh's store in Tel Aviv, and spoke with the store-owner in Farsi. They came to learn that back in Iran, the store-owner was his grandfather's neighbor.

When Shamash left his LA job on DirecTV’s Dan Patrick Show for Israel, he never thought he would return to the US to pursue a Master's Degree in Jewish Education. "Israel was always some place over there... When I came on Birthright, a relationship began. This time, I have been able to spend some time cultivating that relationship. Now that the relationship is strong, I feel responsible. I am asking myself, What can I do to help? I didn't serve in the army, and I am not making Aliyah right now. I am bringing my background, my skills, to do my part in whatever little way I can." He added, "It's beautiful to have something like these films, and the start of One Wish Jerusalem, to show for my time in Israel."