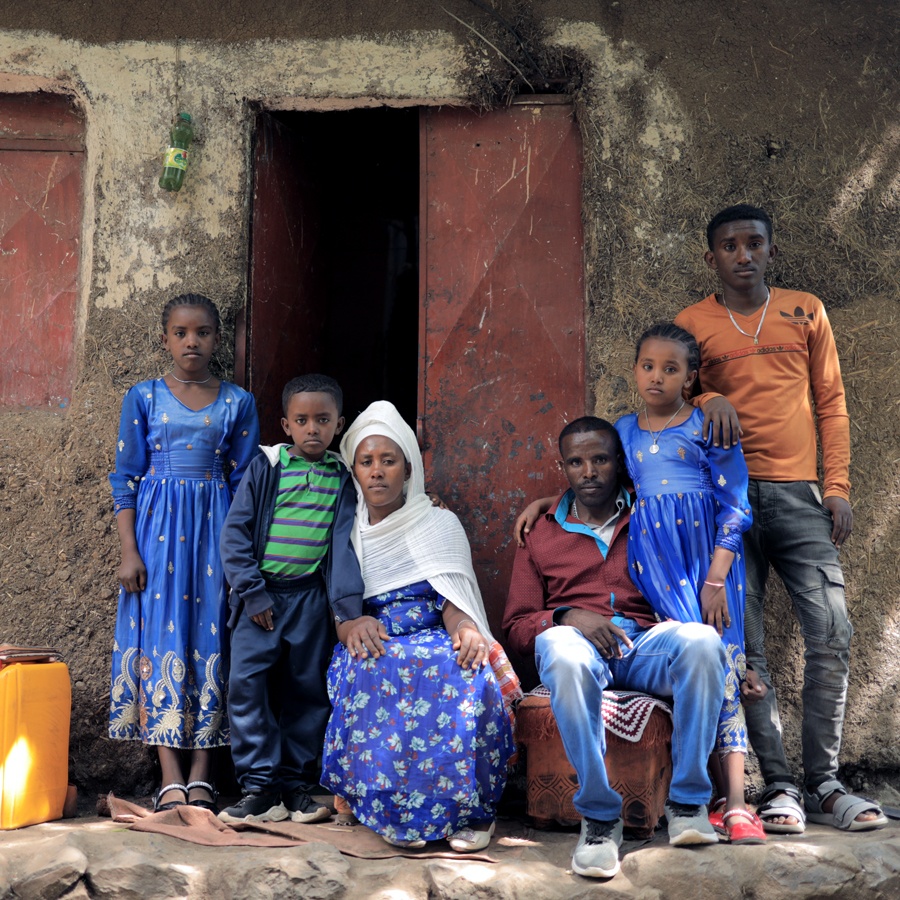 'Operation Zur Israel’ from Ethiopia Begins
The plan to bring 2,000 Ethiopian Olim to Israel is spearheaded by Minister of Aliyah and Integration Pnina Tamano Shata, together with Chairman of The Jewish Agency Isaac Herzog and the Ministry of Interior

Preparations are in full swing for the arrival in Israel of 2,000 immigrants who have been waiting for decades in Ethiopia. Among the Israeli bodies working to accelerate this immigration and who are on the ground with those waiting in Ethiopia include representatives from: The Ministry of the Interior, Ministry of Foreign Affairs, The Jewish Agency for Israel and the Ministry of Aliyah and Integration. All these bodies are working to rapidly implement the government’s decision in October approving the immigration of 2,000 Ethiopian olim (immigrants), which was led and approved by the Minister of Aliyah and Integration, Pnina Tamano Shata.

Despite the tense security situation in Ethiopia currently, the minister refused to cancel her working visit to these waiting communities in order to closely monitor preparations for immigration and hasten the arrival of the Olim, especially in light of the pandemic.

Minister Tamano Shata, who left Ethiopia as a three-year-old girl with Operation Moses, is returning to the country where she was born, this time as a government minister on a national mission to bring the waiting Olim from her community ‘home’ to Israel.

She is expected to return with two aircrafts carrying the first Olim – children who have been separated from their parents who made Aliyah many years ago. The preparations for Aliyah and the flight are conducted by The Jewish Agency, following the Aliyah approval process by the Ministry of the Interior.

Minister Tamano Shata’s visit to Ethiopia together with The Jewish Agency delegation will launch Operation Zur Israel, which will mark the immediate Aliyah of 2,000 of those waiting in the Ethiopian communities. This is the first government decision of an overall framework outlining the Aliyah of all those waiting in Ethiopia that the minister is expected to submit shortly to the government. The first flights with about 500 immigrants on board will land next Thursday morning (December 3). These Olim will be reunited with their families in Israel after many years of waiting. The Jewish Agency chartered two planes for this Aliyah.

Minister of Aliyah and Integration Pnina Tamano Shata: “Unfortunately, many in the waiting communities live in difficult conditions and the pandemic has aggravated the situation. It’s very moving for me to connect families who have been separated for many years, and I intend to implement the government decision, together with all the relevant bodies, as quickly as possible. I’m currently pushing for a full and fast solution for those waiting with a framework that will soon be presented to the Government of Israel. It moves me to return as a government minister to the country where I was born and left at the age of three on Operation Moses, this time to carry out a national mission on behalf of the Government of Israel. ”

Chairman of The Jewish Agency Isaac Herzog: “We are excited to welcome thousands of Olim who will reunite with their families after many years. The State of Israel is obliged to put an end to this painful, generations-long saga.”

Operation Zur Israel is underway: Minister of Aliyah and Integration Pnina Tamano Shata will fly to Ethiopia on Saturday evening (November 29), and will return to Israel next Thursday (December 3) on special Jewish Agency flights with about 500 new Olim from Ethiopia. These are the initial flights of Operation Zur Israel which will bring 2,000 of those waiting in Ethiopia to Israel in the coming weeks, as per the government decision approved by Minister Tamano Shata in October 2020. In Israel, they will be able to fulfill their dream of Aliyah and reuniting with their families.

Minister of Aliyah and Integration Pnina Tamano Shata: “One of the national goals I set for myself as Minister of Aliyah and Integration is to put an end to the saga of those waiting in Ethiopia, an injustice that has been crying out to the skies for decades, causing separation of families and imparting emotional damage on those fighting to reunite with their loved ones. This Saturday night, I will fly to Ethiopia to visit the waiting communities, with 500 community members returning with me as Olim to Israel. 500 of our people will now have the privilege of fulfilling the vision of our ancestors to reach Jerusalem. The Government of Israel cannot abandon and neglect our brothers and sisters who have been waiting in Ethiopia for years and years. This injustice must end and I will continue to work until the very last of those waiting makes Aliyah and reunites with their family. With the Aliyah of those from Ethiopia and from around the world, we hope to reach the goal we set for 2020, which is 20,000 new immigrants.”

Chairman of The Jewish Agency Isaac Herzog: “This is an exciting moment. The Jewish Agency team is preparing to receive thousands of Olim who will be reunited with their families after many years. The State of Israel is obliged to put an end to this painful, generations-long saga. The Jewish Agency will accompany these new Olim on their Aliyah journey – from pre-Aliyah preparations in Ethiopia, to the absorption centers spread throughout Israel – and will continue for two years to assist in their integration into Israeli society.”

The task of flying the immigrants to Israel and preparing them for life in their new country was entrusted to The Jewish Agency, in coordination with the Ministry of Aliyah and Integration.

The operation to bring the Olim to Israel is being conducted with support of the Jewish Federations of North America, Keren Hayesod, the International Fellowship of Christians and Jews, private foundations and donors and friends of Israel from around the world. Immediately after landing, the immigrants will enter quarantine in accordance with the requirements of immigrants arriving from around the world. They will then reunite with their families who are waiting for them in Israel. The Ministry of Aliyah and Integration and The Jewish Agency are preparing for their integration into Israeli society at the end of quarantine in absorption centers throughout the country. The immigrants will receive support and guidance in all areas of life, from learning Hebrew to preparing to enter the workforce and the Israeli education system.

The Jewish Agency’s activities in Ethiopia are conducted in accordance with the Government of Israel’s decisions on the matter. Alongside preparing the Olim for life in Israel and flying them to Israel, The Jewish Agency continues to operate in the humanitarian field among the community waiting in Ethiopia, including medical care and daily nutrition programs for children and pregnant or nursing women.