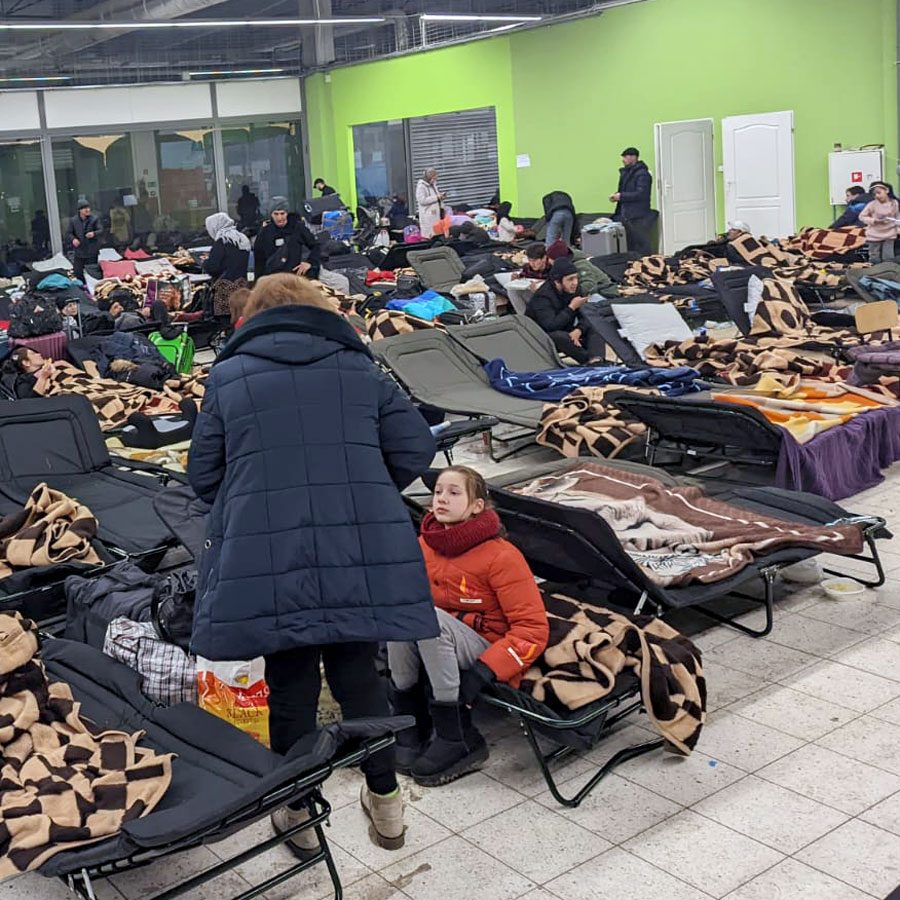 Polish Supermarket Becomes An Immigration Station for Refugees
Inside a huge hangar converted into a transit station in Krakovets are thousands of Jewish refugees fleeing Ukraine. They will soon immigrate to Israel and are assisted and accompanied by Jewish Agency personnel from the moment they cross the Poland border.

share
Beds for the Ukrainian refugees at the immigration center| Photo: The Jewish Agency

“People come here from all over Ukraine, in every way possible. Many cross the border on foot after abandoning their car in an endless traffic jam,” said Raffael ‘Rafi’ Heltzer, a Jewish Agency emissary in Dnipro, Ukraine, who evacuated with the refugees and began managing the agency’s operations at the Poland-Ukraine border crossing.

The refugees arrive independently at the border crossing in Krakovets and continue from there to the crossing station about four kilometers from the border in convoys of buses that make their way back and forth. 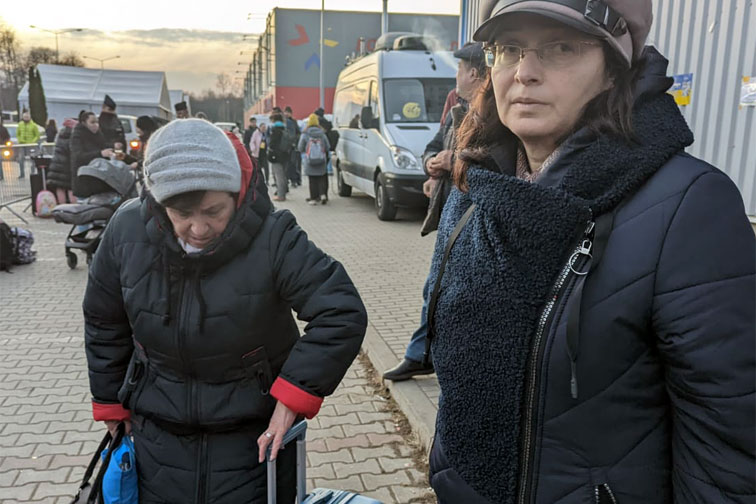 Jewish refugees arrive at the center | Photo: The Jewish Agency

“We, the people of The Jewish Agency, are coordinating inquiries from Ukraine, especially from Kharkiv, Kyiv and Odessa, where the battles are,” said Rafi.

Before the outbreak of the war, the border crossing station served as a large Polish supermarket. Authorities turned the spacious hangar into a refugee transit station; some come here to refresh for a few hours, some stay a few days.

Rafi runs around the hangar and checks in with the refugees from various Jewish communities who fled Ukraine, assisting them and sending them to Warsaw where their applications for Aliyah to Israel are processed in an expedited manner.

“The other day I got a call at noon and was told there were two women at the refugee center looking for The Jewish Agency,” recounted Rafi. “Despite cellular reception problems, I was able to locate them: 70-year-old Anna and her 50-year-old daughter, Masha. They fled from Kyiv on their own, not through one of our centers, and managed to catch a train; they were two of 12 passengers who were crammed into a caravan that typically holds four people. They drove in these cramped conditions for seven hours to the city of Lviv, where they happened to see a Red Cross bus which helped them reach the border quickly.”

Upon meeting Rafi, Anna and Masha were excited and relieved. Masha has a daughter who lives in Haifa and who they plan to travel to when they immigrate to Israel. Her husband stayed behind to defend Ukraine.

At the transit station, the refugees all rest and are provided food, beds, clothes and toys. They also receive Polish SIM cards so they can contact their family members who were left behind in Ukraine and try to organize their futures in Israel. 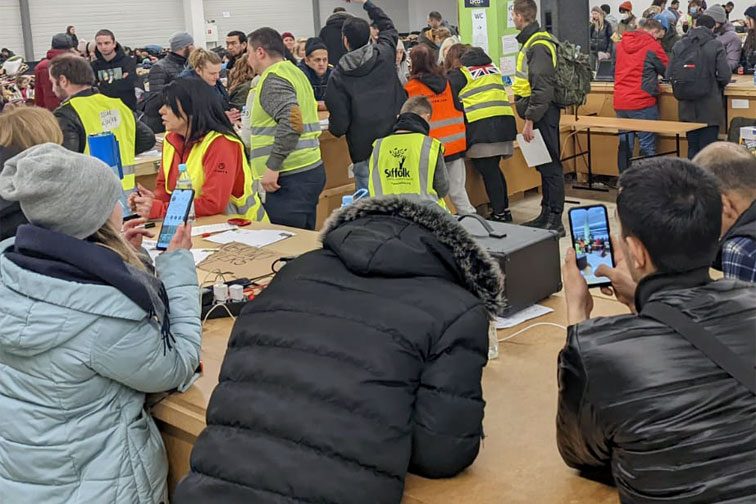 At the transit center, refugees are given Polish SIM cards to contact relatives and make plans | Photo: The Jewish Agency