Pride and Parenthood | The Jewish Agency 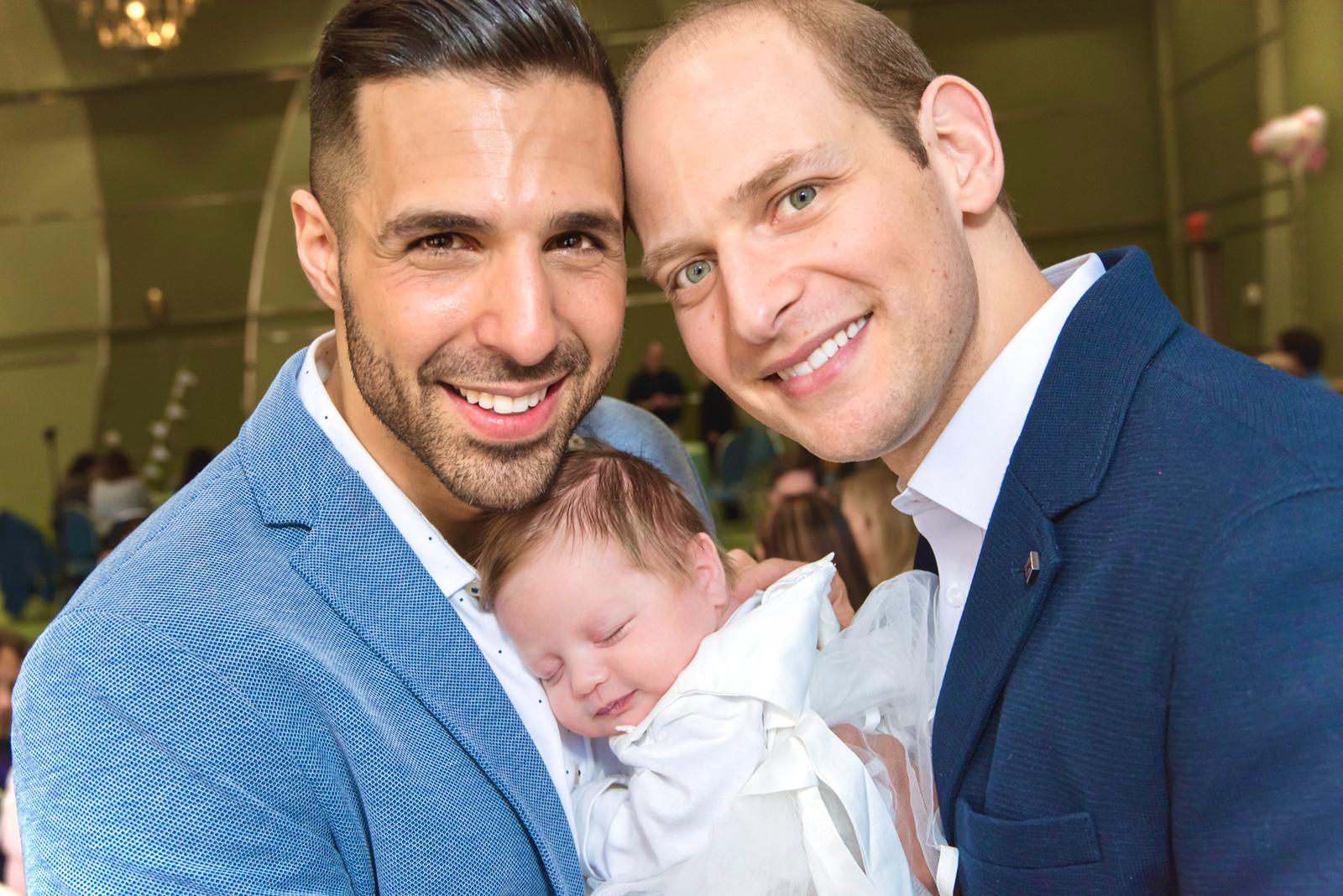 Pride and Parenthood
Nadav and Aylee, a gay couple on Shlichut in New York, welcomed their daughter five months ago. Parenthood has changed their Shlichut experience, which was already unique given Nadav’s widespread speaking engagements and education about Israel and gay rights.

Nadav, 35, has worked in Jewish education for more than 12 years. Born and raised in Jerusalem, he served in the Israel Defense Forces (IDF) as an officer in the medical corps, training doctors, paramedics and senior medics for the IDF. Before embarking on his first Shlichut in Melbourne, Australia, he was the national director of Telem, the youth department of the Jewish Reform movement in Israel. Aylee, 38, Nadav’s husband, is originally from St. Louis, Missouri, but made Aliyah six years ago.

Currently, the couple lives in Westchester, New York, as Nadav is the senior Jewish Agency Community Shaliach (Israeli emissary) in the city. Their decision to go on Shlichut again was a natural choice as it’s a mission Nadav feels very passionate about — and together, Aylee and Nadav play an important role not just as Shlichim, but as a gay couple in the Jewish community.

“From the very beginning, we were accepted in all of the communities across the county and have been able to share our story with numerous groups,” Nadav shared. “We’ve educated, enlightened and made both allies and new friends along the way. As members of the Reform and Conservative movement, we are blessed to have so many synagogues and temples that have welcomed us as a couple.“

As a gay Shaliach, Nadav has seized every opportunity to share his story and educate others about the LGBTQ+ community.

“Both this year and last, I had the opportunity to speak to numerous synagogues on Pride Shabbat, sharing my personal story with hundreds of people and getting the opportunity to discuss the victories and the challenges that face the Israeli population when it comes to gay rights,” said Nadav. 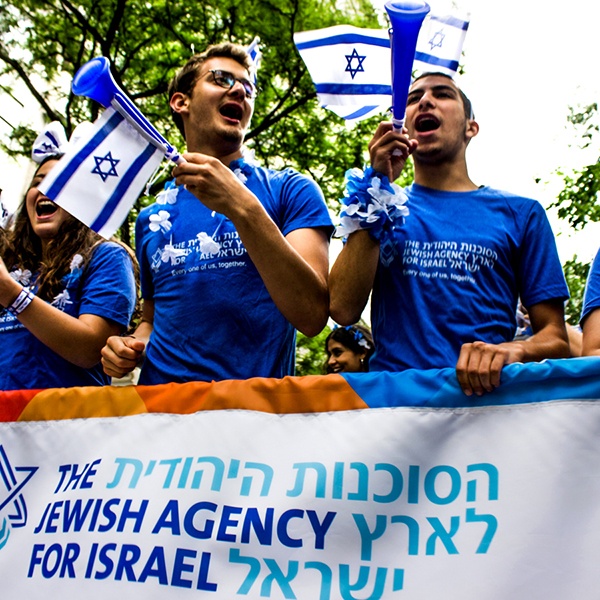 A select group of Israeli emissaries, The Jewish Agency for Israel's Shlichim are called to manifest our collective heritage in communities around the world. They act as living bridges to Israel by promoting Israeli experiences, facilitating Jewish social activism, and speaking authentically about faith and culture.
LEARN MORE

With the celebration of Pride Month in June, Nadav sees it as a time of contemplation.

“Pride Month is a time for us to reflect back on the personal and communal challenges and successes as a community and as individuals,” explained Nadav. “It’s also an opportunity for us to look into the future to see what more needs to be done to achieve equality – not just here in the United States but also and most especially in Israel.”

In addition to their work on the LGBTQ+ front as part of their Shlichut, five months ago, Nadav and Aylee expanded their family unit with the birth of their daughter, Aviv. Becoming parents while serving as Shlichim has had a profound impact.

After Aviv was born, the couple welcomed her into the community at an event that included all the major streams of Judaism. They held a simple naming ceremony at an Orthodox service, a Friday night Shabbat celebration at a Conservative synagogue and the actual Simchat Bat (a more elaborate naming ceremony) at a Reform temple.

“We never would have believed we’d have been embraced like this when we began our journey here in Westchester,” shared Nadav. “Parenthood has certainly been an eye-opening experience filled with amazing revelations and joy living in a suburban community where the family is the center of life. Aviv has allowed us to connect with our neighbors and community members on a different level, now as parents.”