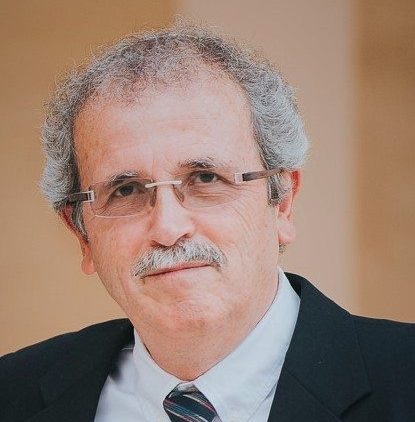 Posted at 10:35h in Press Release by elanagoodwin
Share

Stern to lead JPPI’s strategic thinking and policy recommendations regarding the most pressing issues facing the Jewish people, including Jewish identity, religion and state, antisemitism, demographic trends and Aliyah opportunities.

Stern to lead JPPI’s strategic thinking and policy recommendations regarding the most pressing issues facing the Jewish people, including Jewish identity, religion and state, antisemitism, demographic trends and Aliyah opportunities.

Professor Yedidia Stern has been chosen as the new President and CEO of the Jewish People Policy Institute (JPPI), founded by The Jewish Agency for Israel. He will replace Avinoam Bar-Yosef who is retiring after leading the organization since its founding in 2002. The Institute, established by The Jewish Agency, is the only organization that deals with strategy and policy for the global Jewish people. Along with its team of experts, Stern will lead the JPPI’s strategic thinking and policy recommendations regarding the most pressing issues facing the Jewish people, including Jewish identity, religion and state, antisemitism, demographic trends and Aliyah opportunities.

The Institute’s experts promote strategic thinking on fundamental issues that contribute to the prosperity of the Jewish people, with Israel at its center, and formulate policy recommendations that are presented to decision-makers in Israel and around the world. The Institute’s flagship is its annual assessment submitted to the Government of Israel, which reviews the geopolitical realities and the standing of the Jewish people on key issues, including the struggle against antisemitism and delegitimization of Israel, identifying Aliyah opportunities, portraying demographic trends in the Jewish world and building ongoing dialogue between global Jewry and Israel.

Professor Yedidia Stern is renowned in Israel and around the world as a jurist and researcher of society and state, who has authored books and policy studies in these fields. He serves as a Professor in the Faculty of Law at Bar Ilan University where he also previously served as Dean and holds a Doctorate in Law from Harvard University. Professor Stern serves as a Senior Fellow at the Israel Democracy Institute and has a record of civic and professional activity impacting key issues for the Jewish people and Israeli society, including issues of religion and state, as well as Judaism and democracy. Professor Yedidia Stern is a resident of Jerusalem, married to Dr. Karen Friedman Stern, a psychologist, and a father of eight.

Professor Stern’s selection was led by a search committee of the Institute’s Board of Directors. Their recommendation was warmly approved by the Chairman of The Jewish Agency, Isaac Herzog. JPPI’s Board of Directors is co-Chaired by Ambassador Stuart Eizenstat and Ambassador Dennis Ross. Members of the Board include renowned leaders from across the Jewish world.

Isaac Herzog, Chairman of The Jewish Agency for Israel: “Professor Yedidia Stern brings vast experience and deep acquaintance with the issues at the heart of the Jewish people and the State of Israel and will present an original and bridging voice in an era of internal tensions among the Jewish people and in Israeli society. I thank the Institute’s outgoing President and CEO, Avinoam Bar-Yosef, for his many years of contribution to the JPPI’s achievements in areas of strategic importance to global Jewry and Israel.”

Yedidia Stern, incoming President, JPPI: “It is a great privilege to head an institute that provides critical thinking for the Jewish people at the present time, which is a time of both tremendous opportunities and enormous challenges. JPPI will continue its important activities and over the coming years will expand into developing strategic thinking and policy programs in four areas: Jewish society in Israel, Jewish society outside Israel, relations between Jewish society in Israel and abroad, and relations between all Jews and the non-Jewish world. I’m grateful to my predecessor, Avinoam Bar-Yosef, who led the Institute with great success, to the search committee headed by Ambassadors Stuart Eizenstat and Dennis Ross and to the Chairman of The Jewish Agency, Isaac Herzog, for their support and trust.”

Avinaom Bar-Yosef, President, JPPI: “I applaud this selection from the bottom of my heart and am confident Prof. Stern will lead the Institute to new heights at a time when the Jewish people are faced with significant challenges. Establishment of the JPPI was an opportunity of a lifetime. As part of this effort, we managed to recruit among the finest strategic minds in Israel and across the Jewish world. They represent a broad spectrum of opinion, from left to right, from ultra-Orthodox to sworn secularists. Together, we created a communal professional language, which is an unprecedented achievement in the Jewish world. The Institute formulated a methodology for action-based policy planning and presentation of alternatives, based on analysis of the risks, challenges and opportunities facing the Jewish people. I would like to thank The Jewish Agency for encouraging this independent thinking and granting JPPI professional flexibility out of a desire to truly grant global Jewry with significant strategic services.”

Ambassador Dennis Ross and Ambassador Stuart E. Eizenstat, Co-Chairs JPPI Board of Directors: “The JPPI was founded with a clear but very challenging mission: focus on identifying opportunities and challenges to Israel and the Diaspora to help ensure that world Jewry thrives. The appointment of Yedidia Stern came after an extensive search process, and he was our top choice. We could not be happier that Professor Stern will now be leading the Institute. As an internationally recognized thinker, leader, and practitioner, he brings great talent and insight to the complicated task of doing strategic planning for the Jewish people. He has creative ideas of how to make JPPI even more relevant to address the challenges facing Israel and the Diaspora. We collectively owe a deep debt of gratitude to Avinoam Bar-Yosef for his tireless efforts to build and shape the JPPI’s unique capabilities since its founding by the Jewish Agency in 2002. We also are deeply grateful for the time and effort of our Search Committee in working with us to find the best new leader for JPPI. We know under Yedidia Stern’s leadership that the Institute will go from strength to strength.”