Reconnecting to Her Jewish Roots | The Jewish Agency - U.S. 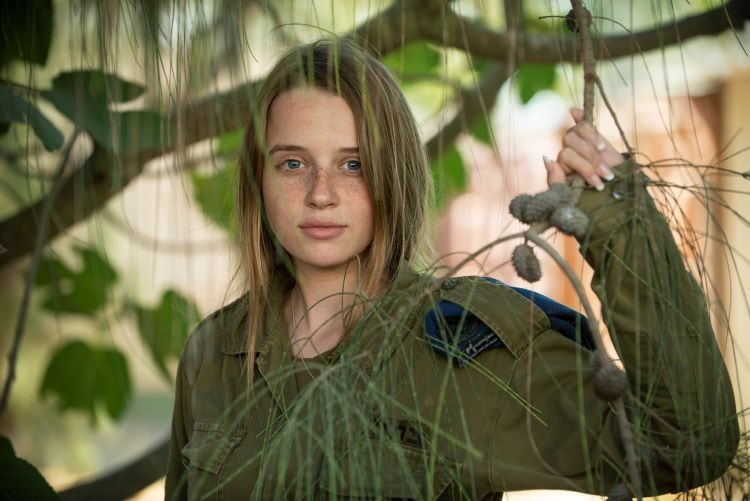 Reconnecting to Her Jewish Roots and Officially Converting to Judaism
“Until the age of five, I wore a crucifix around my neck. I had little knowledge of my Jewish heritage.” – Milena Gershkowitz, 19 years old, Rishon L’zion

Milena Gershkowitz was born in Belarus to a Jewish father and Catholic mother, neither of whom practiced their religion. When she was very young, Milena received a necklace with a crucifix charm as a gift and wore as a fashion accessory, not understanding its significance.

When Milena turned five, her parents went through a difficult divorce; her mother left and she moved with her father’s family to Israel. Though she was very young at the time, Milena has two resounding memories – the removal of her crucifix necklace, and the fulfillment of her great-grandfather’s dream to be buried in the “holy land.” He passed away at the age of 102 and was buried in Israel.

Despite making Aliyah, Milena’s family home was still somewhat disconnected from her Jewish roots. She became acquainted with cousins who had made Aliyah and had become Jewishly observant when they got married. Visiting these relatives was the first time Milena really connected with her Jewish identity and began to learn about her roots.

“I loved spending Shabbat in their home, lighting candles and reciting Kiddush (blessing the wine). I learned about keeping kosher and the blessings made over food. There was something so familiar about it all, like it spoke to my soul.”

Milena first considered the idea of conversion when she was in 10th grade. She embarked on a long journey of personal discovery, which led her to the Nativ program. During her process of army enlistment, Milena was invited to an information seminar about Nativ and discovered that she could join a Jewish education and identity-building program as part of her service. She enrolled in the program together with a friend and felt immediately comfortable in her surroundings. The warm and open environment, as well as the welcome she received from staff and other soldiers with similar life stories gave her an instant sense of belonging.

Milena particularly enjoyed studying Jewish philosophy and history: “I learned a tremendous amount. There were some elements of Jewish history, which I had touched upon in school, but during the course, I was able to study them in-depth. I began to really understand the meaning of certain ceremonies such as why we light candles on Shabbat and why we eat challah. It was like all these puzzle pieces of my life were finally coming together.”

When she finished the Nativ course, Milena continued on to a conversion program and with the constant support of the Nativ staff and her extended family, was able to formalize her conversion to Judaism.

The main things Milena took away from her Nativ experience? “The importance of mutual respect, being thankful for what we have, and that we each have a role to play in our collective Jewish story.”