Spreading Light and Acceptance on Campus | The Jewish Agency 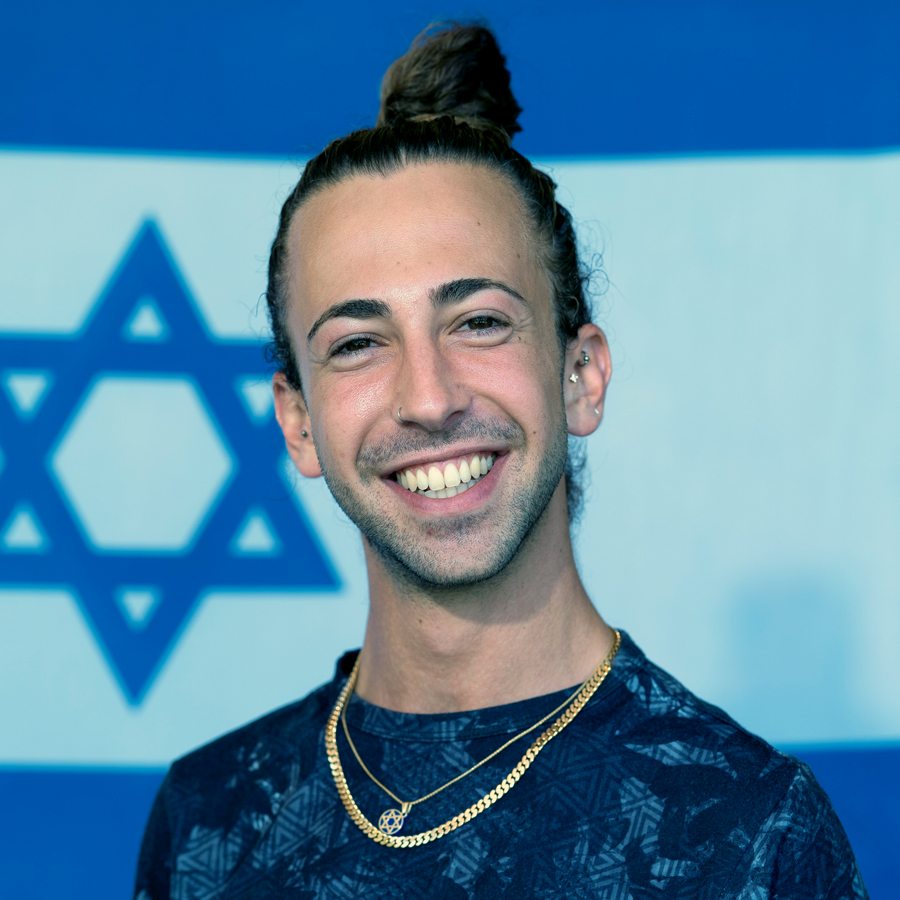 Spreading Light and Acceptance on Campus
Yakov, a Jewish Agency Campus Israel Fellow to Columbia and Barnard Universities in New York, helps students of all kinds feel connected to Israel and accepted for who they are – and has learned a lot about his own Jewish and LGBTQ identity too.

For Yakov, 28, his first year as a Campus Israel Fellow at Columbia University and Barnard Hillel, in New York City, NY, has been a whirlwind. Born and raised in Rishon LeZion, Israel, by parents who immigrated in 1991 from the former Soviet Union, Yakov’s foray into becoming a Jewish/Israel educator started in Ukraine, where he was an instructor at Jewish Agency seminars. Over the last five years, from 2016 through 2021, Yakov was sent twice a year to a small city in Ukraine to develop the Jewish community there. That experience made him want to engage in long-term Shlichut (emissary service) with The Jewish Agency.

“I actually didn’t want to come to the U.S., but then I was asked to serve in New York, specifically at Columbia/Barnard, and I decided to take the opportunity,” recounted Yakov. “For me, being an Israel Fellow is a super important job and mission as we help shape the relationship between America and Israel. Getting to interact with this generation while they’re young is crucial because these students are going places. And the impact of my presence on campus will stay with them.”

Every year, The Jewish Agency, in partnership with Hillel, brings Israeli young adults to college campuses worldwide to serve as Israel Fellows. These Fellows help substitute education for ignorance when it comes to student opinions about Israel and give students a chance to develop lasting connections with an Israeli. They also help support student efforts to counter antisemitism on campus. A day in the life of an Israel Fellow might see Yakov doing anything from working to bring a speaker to campus to baking challah for Shabbat with students.

“We try to create lots of opportunities for students to be involved and focus on building a strong community of Israel-engaged students who feel safe, protected and united,” said Yakov. “There has been antisemitism on campus that’s needed to be confronted. As an Israel Fellow, I try to give students the motivation to continue striving and fighting and provide them with context and understanding. To expel the dark, you need to spread the light.”

Prior to becoming an Israel Fellow, Yakov was an intelligence guide in the Israeli Air Force and earned his bachelor’s at Hebrew University in International Relations & Communications and is completing his master’s in Public Policy from Tel Aviv University while in the U.S. He also acted as a youth guide in IGY, an Israeli LGBTQ organization. As a member of the LGBTQ community himself, Yakov has been instrumental in helping students with similar identities find their place on campus.

“As a child, I was ashamed of my identity: my Russian identity, and even more so my LGBT identity. But during my time here, I have had the privilege of helping establish a vibrant and thriving LGBTQ community. Now, I am proud of all facets of my identity and am forever grateful to The Jewish Agency and the Shlichut program for giving me the opportunity to serve as a Fellow in New York,” said Yakov. “I’ve learned a lot about myself too and about American Jewry, and will keep this experience and these relationships with me wherever I go.”

“In Israel, Jewishness is either secular or Orthodox. But I have a unique identity that’s different from what’s typical in Israel. Here, it’s more accepting because there are so many Jewish streams, so it gave me some validation. I also feel more connected to my Jewish identity,” Yakov added. “I was surprised to discover how broad and diverse Judaism is, and how well the various communities know and manage to accept each other despite the significant religious and ideological differences between them.”