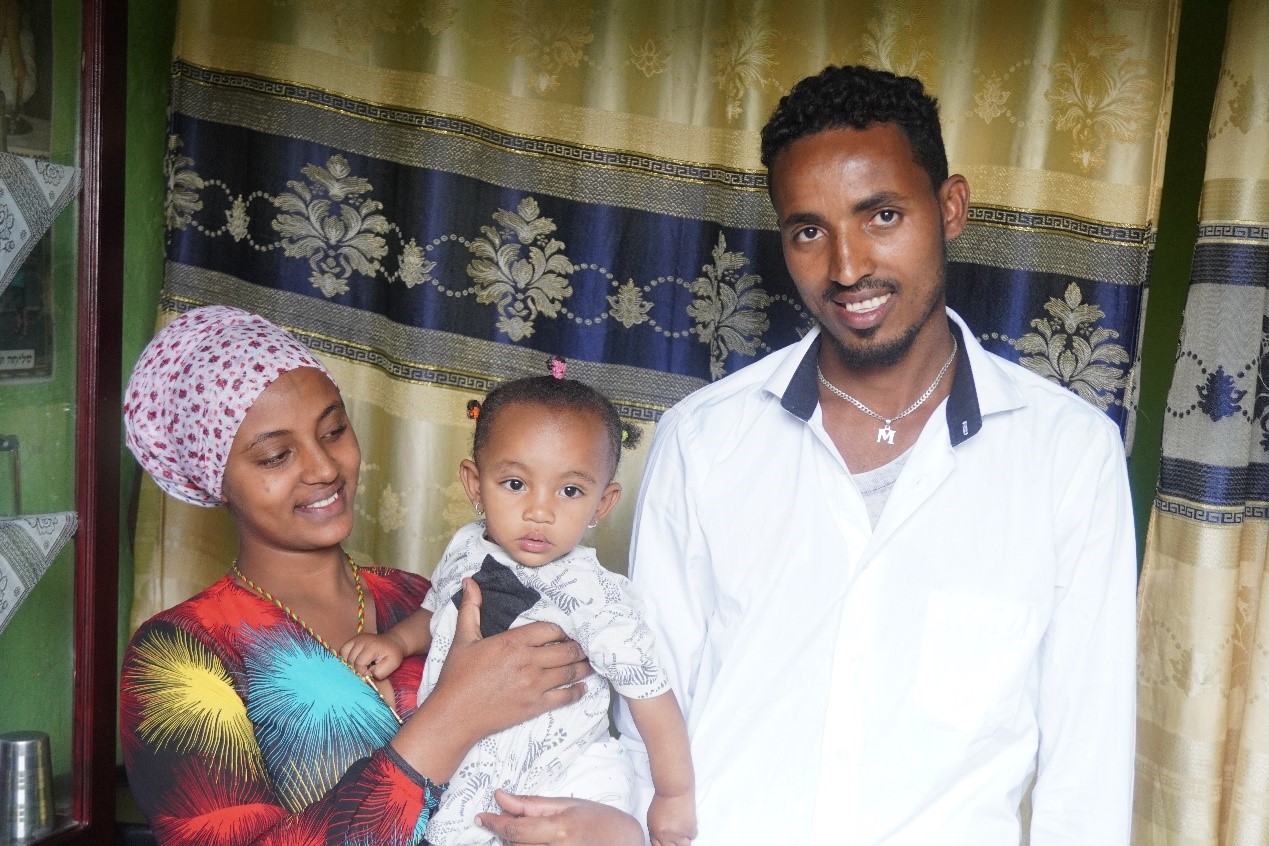 Ethiopian Aliyah: Teykie and Batmanash
Teykie experienced and witnessed the struggles of Ethiopians waiting to immigrate to Israel. But he decided to do something about it. He got together with a group of friends to start a non-profit to help "Jews-in-waiting" in Gondar. After his family waited 18 years, they are finally coming to Israel.

When Teykie was a teenager, his family left his village and moved to Gondar to wait for permission to make Aliyah (immigration to Israel).

Initially, Teykie stayed behind in the village to work, so he could send money to his mother and brother, to help pay for the high cost of living in the city. Eight years later, he also left the village, joining his family in Gondar.

In the meantime, Teykie married Batmanash, and they now have an 11-month old baby.

In all, Teykie’s family waited for 18 years; but now they are immigrating together as part of the continuation of Operation Zur Israel.

It wasn’t simple. Gondar was expensive, and it was challenging to lead a Jewish life. They witnessed and experienced people struggling with basic needs – food and clothing, proper shelter.

The situation in Ethiopia has been complex, and increasingly so with the ongoing war. Batmanash’s younger brother was shot in the middle of the street one day while he was working to earn money to support the family.

Teykie wasn’t willing to just work for his own good; he got together with a group of friends to establish a non-profit to help the community of Jews-in-waiting. The organization provides support in building renovations, food and clothing distribution, assistance with educational equipment for children, helping adults find jobs, and rent assistance.

“I’ve seen so many others experience problems far worse than mine,” Teykie says. “I’m young and can handle challenges. It’s hard for me to see others — the elderly, single-mothers, and low-income families — struggle.”