The Agency to Hold Unique Passover Seders | The Jewish Agency 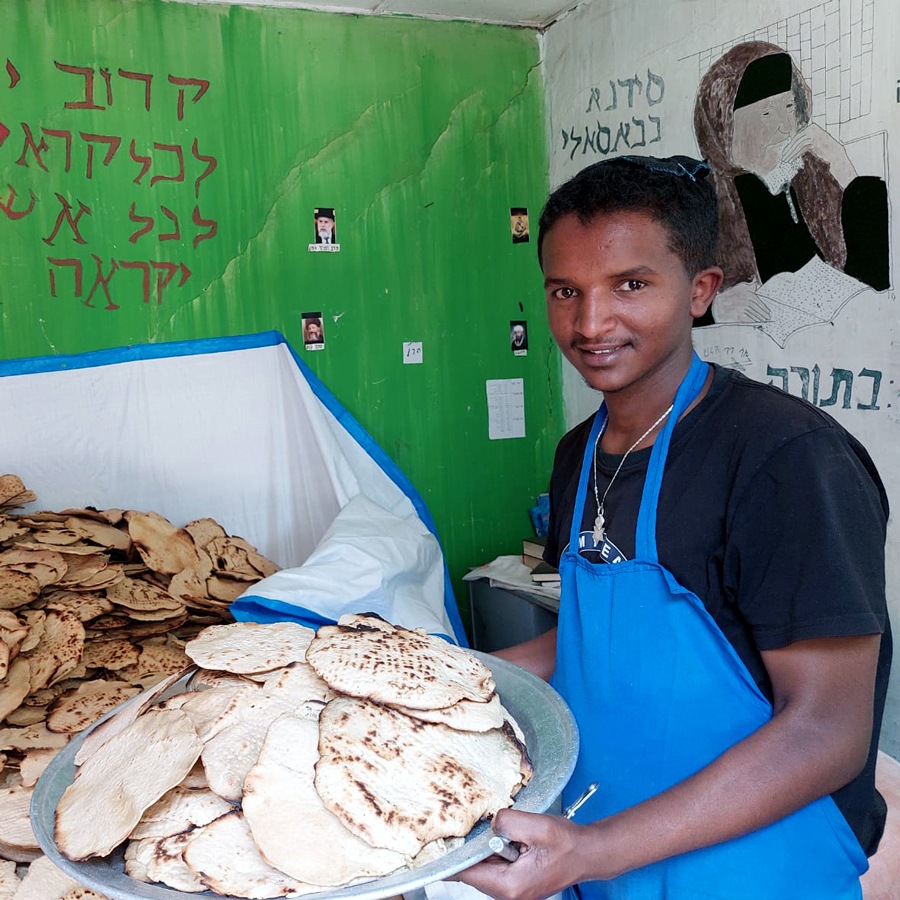 Posted at 13:36h in Press Release by elanagoodwin
Share

The Jewish Agency for Israel will hold a special Passover seder for hundreds of Ukrainian refugees who are staying at the organization’s Aliyah (immigration to Israel) processing centers in the region and are preparing for their departure to Israel. In addition, The Jewish Agency will also host special seders in Ethiopia for its future olim (immigrants) set to make Aliyah.

The organization’s main seder event for Ukrainian refugees will take place in Warsaw and will be led by the organization’s Director of the Aliyah and Absorption Unit and Deputy Director General, Shay Felber. The Jewish Agency’s Shlichim (Israeli emissaries) will also host parallel seders in Romania and Hungary for future olim who are currently taking refuge there and awaiting their flight to Israel.

The Jewish Agency worked with the Harold Grinspoon Foundation’s PJ Library and the Ministry of Aliyah and Integration to publish and translate the Haggadot into Russian. The Haggadot will contain the classic cornerstones of the Passover story, including traditional songs, and are written to be enjoyed by the whole family.

Acting Jewish Agency Chairman of the Executive and World Zionist Organization Chairman, Yaakov Hagoel said, “The story of Passover is one of leaving the bondages of slavery and becoming free. Today, Ukrainian immigrants are expriencing what our ancestors went through when they were in slaves in Egypt. They too, know the deep yearning for freedom and safety in the Promised Land. We’re delighted to give the immigrants this opportunity to celebrate Passover before their Aliyah, as bringing them to Israel safely is what The Jewish Agency is committed to doing.”

Meanwhile, in Gondar and Addis Ababa, The Jewish Agency will hold a seder for thousands of future Ethiopian olim. The Passover seders in Ethiopia are being conducted as The Jewish Agency and the Ministry of Aliyah and Integration are set to resume their Tzur Israel initiative, which is being resumed in accordance with the decision made by the Government of Israel.

The preparations for these seders in Ethiopia was a tremendous undertaking, which is being overseen by the community’s Rabbi Menachem Waldman, and will include 100,000 baked matzahs made from 3,000 kilograms of flour locally ground by the community, 400 liters of raisin wine and a charoset recipe unique to Ethiopian culture that includes dates, bananas, ginger, sugar and wine.

The Gondar seder will be led by former leader of the community Metiku Yalew, a Jewish educator who made Aliyah to Israel in 2001. In Addis Ababa, the seder will be led by Fekadu Maru, the community’s local Jewish educator. Seder leaders will be assisted by volunteers from Israel and cantors in the community, and participants will sing special holiday songs in both Hebrew and Aramaic. Those seders are also being supported by the Dutch organization, Christians for Israel (CVI).

Those seders are in addition to the dozens being held worldwide thanks to Jewish Agency Shlichim stationed around the world. They will help organize seders in Australia, New Zealand, Europe, South Africa, Latin America, North America and the former Soviet Union. As for olim in absorption centers here in Israel, they are preparing for their seder’s with the organization’s assistance.

“From Ukraine to Ethiopia, we’re seeing a very modern exodus which proves that the Zionist dream is continuing to be fulfilled.” Hagoel added.