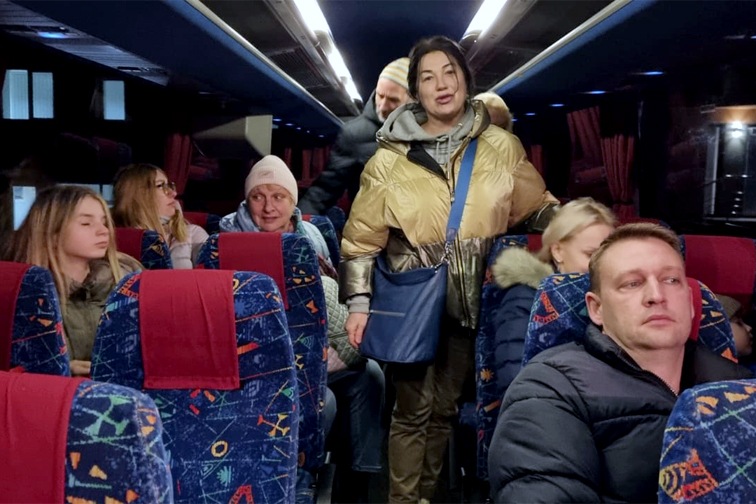 Posted at 13:09h in Press Release by elanagoodwin
Share

Ukrainian immigrants en route from Lviv to the border crossing with Poland. Credit: The Jewish Agency for Israel

The Jewish Agency for Israel today announced that it will open six Aliyah (immigration to Israel) processing stations at Ukrainian border crossings with four countries: Poland, Moldova, Romania and Hungary. These stations, operated in conjunction with Nativ and Israel’s Ministry of Foreign Affairs, are meant to immediately assist the expected waves of immigration due to the war in Ukraine. The Jewish Agency is also standing by to immediately increase these stations, as needed.

Since the start of the war, The Jewish Agency had been operating from a central Aliyah station in Lviv. This was the departure point of the first group of olim (immigrants) who crossed into Poland today with the help of Jewish Agency Shlichim (Israeli emissaries).

Following suit with the decision by Israel’s Ministry of Foreign Affairs, The Jewish Agency today also moved its Shlichim from Ukraine to the Polish side of the border. From there, they will cross the border into Ukraine every day, together with Israel’s diplomatic teams, in order to continue assisting Ukrainian Jews who want to immigrate to Israel, in accordance with eligibility for Aliyah granted by Nativ.

Expecting a significant wave of immigration in light of the ongoing war in Ukraine, The Jewish Agency is immediately increasing its presence in the field to care for the olim until they are able to fly to Israel.

The Jewish Agency is also preparing to temporarily house olim in hotels in the countries bordering Ukraine, with support from The Jewish Federations of North America (JFNA), Keren Hayesod and other donors from around the world.

In a complex Jewish Agency operation, and after a nerve-wracking 16-hour process, the first group of olim from Ukraine crossed into Poland today, February 26. The immigrants are being temporarily housed in a hotel near Warsaw where they will remain until they are flown to Israel shortly. Upon arrival in Israel, the olim will receive temporary housing, with help from the Ministry of Aliyah and Integration.