Medically Treating the People of Israel | The Jewish Agency 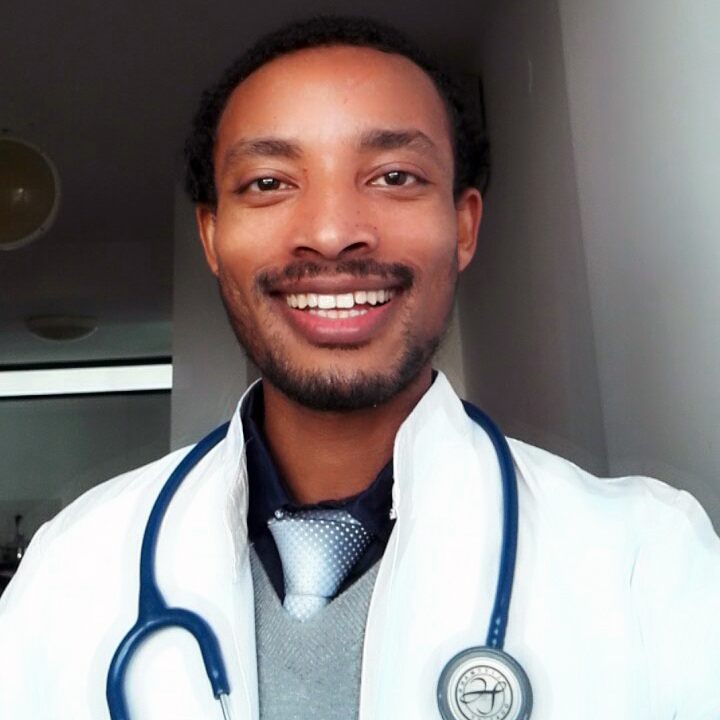 03 Feb Treating the People of Israel

Treating the People of Israel
After 22 years of waiting in Ethiopia for Aliyah approval, Dr. Masresha Dessie, 27, immigrated to Israel

At the age of four, Masresha arrived in Addis Ababa with his family, settling into the village there to wait. Growing up, he attended an Israeli elementary school, then an international high school before studying medicine at Gondar University, having long wanted to be a medical professional.

“By seventh grade, I knew I wanted to be a doctor,” Masresha said. “That was when I became aware of the difficult health condition of my community in the Ethiopia waiting camps.”

After graduation, Masresha worked as a general practitioner in Gondar for a couple of years. He married his wife, Beza, a banker, five years ago and they have a young daughter. Masresha, now 27, was able to make Aliyah in March 2019; his wife and daughter are waiting to make Aliyah in one of the upcoming flights through Operation Zur Israel, which is reuniting Ethiopian families.

“Without them, it was hard to adapt well to the country,” shared Masresha. “Handling daily life as a new immigrant is not easy. But thank God, their time to make Aliyah has come, and it soothes the pain of the past.”

Masresha credits The Jewish Agency’s absorption centers for helping ease his transition into Israeli society. And fortunately for him, medicine is international. He studied medicine in English, in the American approach which has been adopted by Israel, which was quite helpful. However, he still has to pass the certification tests in Israel, required of medical graduates from abroad.

“It’s difficult to not practice medicine for several months. So far, I have done a preparatory course at Kaplan Hospital in Rehovot, and these days I am studying for my certifications, and plan to specialize in heart surgery,” said Masresha. “I hope to be accepted to study my specialty at Shaare Zedek hospital in Jerusalem, and if not, then at Hadassah or Beilinson hospitals.”

As an Ethiopian immigrant and doctor, Masresha is well educated on the health challenges facing his fellow Ethiopian-Israelis. Following their immigration to Israel, changes in diet and a new lifestyle expose members of the Ethiopian community to Western diseases, which are new to their bodies, explained Masresha. In Ethiopia, these people could easily explain the history of their illness to their doctor, which helps in the diagnosis process. But in Israel, because of the language barrier, medical professionals rely mainly on laboratory tests for the Ethiopian immigrant community, which negatively impacts the probability of a correct diagnosis.

“Medicine in Israel excels and leads in its quality, but the language and culture gap needs to be bridged. In the current situation, diagnoses are missed, and it’s a shame,” stated Masresha. “I want to treat all the people of Israel. I believe that today, doctors need to be constantly updated with the innovations and breakthroughs in science, and keep an open mind to advance medicine. That is my aspiration.”