When a Refugee Becomes a Volunteer | The Jewish Agency 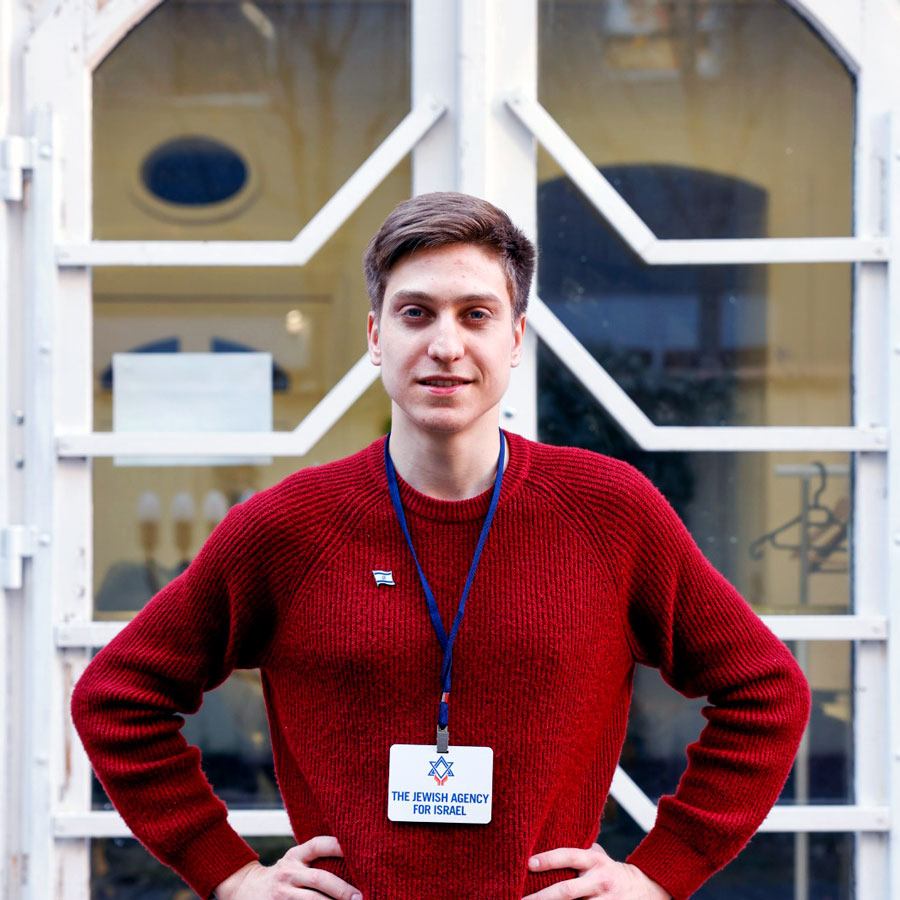 26 Apr When a Refugee Becomes a Volunteer

When a Refugee Becomes a Volunteer
Max Szepka has been volunteering at a Jewish Agency Aliyah center in Budapest and aiding Jewish refugees alongside his friends from Ukraine. “Until I make Aliyah, I want to do everything I can to help both refugees and my own family so everyone can come to Israel,” he says.

February 24, 2022, is a day Max Szepka and all the other Ukrainian citizens won’t soon forget.

Max was at a Jewish Agency for Israel seminar in Budapest which was attended by Jews from across Europe, Kazakhstan, Uzbekistan, Ukraine, and Russia. Despite the tension in the air, the seminar was a success, so much so that on the last day, participants celebrated into the early morning hours. It was only until they went back to their rooms, checked their phones, and saw the outpouring of news: The war had begun.

“We all began to stress out and contacted our relatives back home in Ukraine,” Max shared. “We were in shock. Our family didn’t really think this could happen. In the morning, they called us in for a meeting and the atmosphere was tense, with many of us having difficulty processing the situation.”

Max’s parents, who live in Mariupol, didn’t think the fighting would escalate so quickly that it would reach their city. However, with Russian planes hovering and bombs falling from the sky and friends and family being killed, they knew they couldn’t stay much longer. But it was too late.

“Mariupol’s city center was destroyed and there was no way out,” he said. “From March 2-20, I was not able to communicate with them. All I saw were news reports that said my city, my home, was under siege.”

When the connection with his parents was restored, they realized that the only effective escape route was going to be through Russia, where they would be escorted by Russian soldiers. Max hopes to be able to meet them at the border.

Meanwhile, since the end of the seminar, Max has been volunteering at a Jewish Agency Aliyah center in Budapest and aiding Jewish refugees alongside his other friends from Ukraine, who all discovered one morning that they are not able to go back home.

“I stayed in order to help refugees because I feel like I’m part of The Jewish Agency — this feels natural to me,” he said. “Until I make Aliyah, I want to do everything I can to help both refugees and my own family so everyone can come to Israel. Every day, I check to see if they’re still alive. Last week, a missile fell on my grandmother’s house and it’s a miracle she’s still survived.”