When Shlichut Called, He Answered | The Jewish Agency 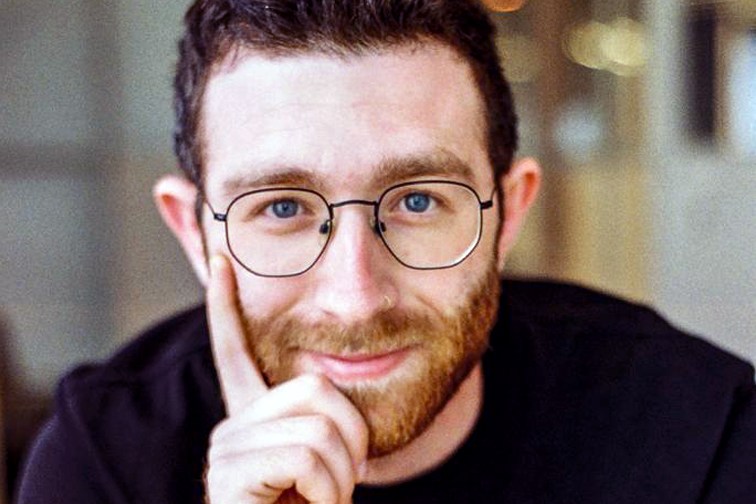 24 Aug When Shlichut Called, He Answered

When Shlichut Called, He Answered

Having served as a Jewish Agency Israeli emissary before, Nethanel understood how meaningful Shlichut (emissary service) could be – so when he was asked to become a Jewish Agency Campus Israel Fellow in Montreal, he upended his life to take on the position.

When Shlichut Called, He Answered

Having served as a Jewish Agency Israeli emissary before, Nethanel understood how meaningful Shlichut (emissary service) could be – so when he was asked to become a Jewish Agency Campus Israel Fellow in Montreal, he upended his life to take on the position.

A month ago, Nethanel, 26, was working as a social media manager at a startup company, living his best life in Tel Aviv. Then he was told by Yaron Deckel, The Jewish Agency’s Regional Director of Canada, that there was an open position for a Jewish Agency Campus Israel Fellow in Montreal. Because of his background with Shlichut (Israeli emissary service), Nethanel knew how meaningful the opportunity would be – so he changed his plans for the next two years and signed on for the role.

Nethanel is no stranger to The Jewish Agency or Shlichut. After graduating high school in Afula, he served as a Jewish Agency Shinshin (service year Israeli emissary) in Connecticut for a year. He then went on to serve in the Israel Defense Forces (IDF) as a combat photographer, eventually becoming an officer overseeing 6-10 combat photographer soldiers. As an officer, he was sent on a short Shlichut to the US, engaging with Marines and the U.S. Army. He finished his IDF service a year and a half ago and had been working at a growing startup since – until he got a call from The Jewish Agency a few months ago.

“Because I had been a Shinshin in the past, I was asked to be a short-term Shaliach (Israeli emissary) in Alberta, Canada, through The Jewish Agency’s Israel at Your Doorstep program,” shared Nethanel. “The goal of the program is to maintain connections to Israel in these smaller communities that don’t typically have a Shliach come for a year. Those two weeks really changed my perspective and are when I met Daron – which ultimately led to the Israel Fellow role.”

Israel Fellows are Israeli young adults who are post-IDF and university who are brought to North American college campuses every year by The Jewish Agency, in partnership with Hillel. These Fellows help substitute education for ignorance when it comes to student opinions about Israel, creating safe spaces for tolerance and diversity, and give students a chance to develop lasting connections with an Israeli. They also help support student efforts to counter antisemitism and anti-Israel sentiment on campus.

As an Israel Fellow, and the sole one in Canada, Nethanel will be serving three universities — McGill, Concordia and the University of Montreal. He’s eager to get to know the students and their interests so he can better understand their needs and plan activities that will best serve them.

“I know I can give a lot and make a significant difference,” said Nethanel. “I’m excited to collaborate with other Israel Fellows serving in North America because even though we are different and spread out, we all have the same goal: to create great experiences for our students.”

Having acted as an Israeli emissary multiple times before, Nethanel knows the importance of Shlichut and how meaningful it can be.

“As an emissary, whether we are Shinshinim, Israel Fellows, or doing another type of Shlichut, we bring with us a physical human connection to Israel. In particular, for Jews outside of Israel, that personal relationship with an Israeli changes Israel from an idea into something more real,” explained Nethanel. “We are relatable and have knowledge, experience and passion. Especially as an Israel Fellow, we are representing Israel as the Jewish homeland and making a Jewish connection for the students on campus.”