His sole ambition was to tell his story and to call on his listeners to make Aliyah, to the country where he rebuilt his life and found his place. 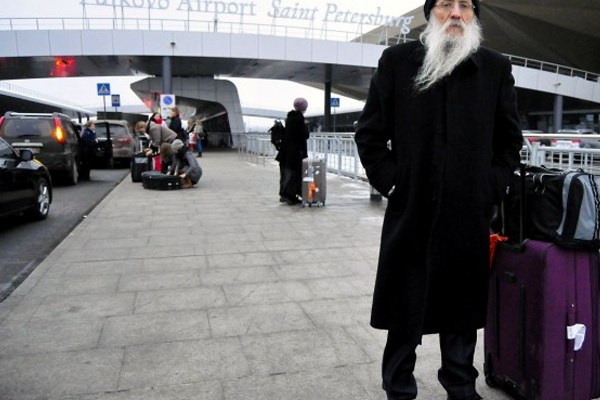 It has been the mission of The Jewish Agency for Israel to protect Jewish identity and a create strong bond with Israel for Jews around the world. For Russian-speaking Jews of the former Soviet Union (FSU), this mission has been paramount to Russian Jewish survival. During the seven decades of Soviet regime, the Jewish community of the FSU experienced severe identity loss.

When asked if he missed Russia, he replied calmly, “Not for one minute. I am waiting for the moment I can return home to Israel." He had not been back since he was released from a Russian prison in 1981, after 11 years in jail. He did not miss Russia. His sole ambition was to tell his story and to call on his listeners to make Aliyah, to the country where he rebuilt his life and found his place.

Forty-five years ago, if you had told Prisoner of Zion, Yosef Mendelevich, that he'd make Aliyah...would have a large family with religiously observant grandchildren...would appear at a Limud conference for Russian speakers...light a Hanukkah candle at a hotel near the Russian Czar's Winter Palace outside St. Petersburg, he would have told you that you were hallucinating.

The director of the central synagogue in St. Petersburg, Shaul Bruck, witnessed the event. “He gave a very well-received address, and the hall was packed out. He was clearly a well-known personality here, among the participants, but he was also an excellent orator. Today he is an observant Jew who has worked as an educator for many years, He has written a significant number of text books in Hebrew, which he speaks fluently.”

Following the lecture, Yosef Mendelevich went to a reception at the home of Ambassador Dorit Goldener in his honor. The gathering was attended by embassy staff, as well as Aaron Frankel and Chaim Chesler, who for years worked behind the scenes (on an official level) to get Jews out of the Soviet Union. Today they are involved in the Limmud project.

Yediot Telegraph agency reporter Yehudit Canaan Lifschitz accompanied Yossef Mandelovitch on his visit to a Limud gathering for Russian speakers in St. Petersburg, the city where he was arrested on suspicion of being a member of a group that attempted to hijack a plane. He returned a completely different person, but he retained one spark of that time: his love for Judaism and for Israel.

“We knew we were going to be arrested by the KGB for attempting to hijack a plane... all we wanted was for the world to hear our cry," Mendelevich tells Yediot Telegraph agency reporter Canaan Lifschitz.

One of the people who heard the group's cry was a Jewish mathematician from Donetsk in the Ukraine, Anatoly (Natan) Sharansky, whose incarceration from 1977 to 1986 became a global symbol of the struggle for human rights and the unification of families.

Even though, in those days there was no CNN and there was no media, the Soviets' attempt to muffle the cry of the suspects who had been arrested made a great impression on Prisoners of Zion in Moscow and across the Soviet Union, said Natan Sharansky—today, Chairman of the Jewish Agency.

"The deed carried out by the 11 Jews who were arrested in Leningrad had a very great effect on my decision to start to try to get out of the USSR," Sharansky said. "The knowledge that there were people who were willing to give their lives, and that two of the detainees had received the death sentence (which was rescinded), that there were people whose sole intent and desire was to break free, and achieve their freedom, left a powerful mark on me."