A French-Hebrew Love Story
Many consider France to be one of the most romantic places worldwide and French the most romantic language. But Rudy and Sarah, both French immigrants, met and fell in love in Israel while learning Hebrew. 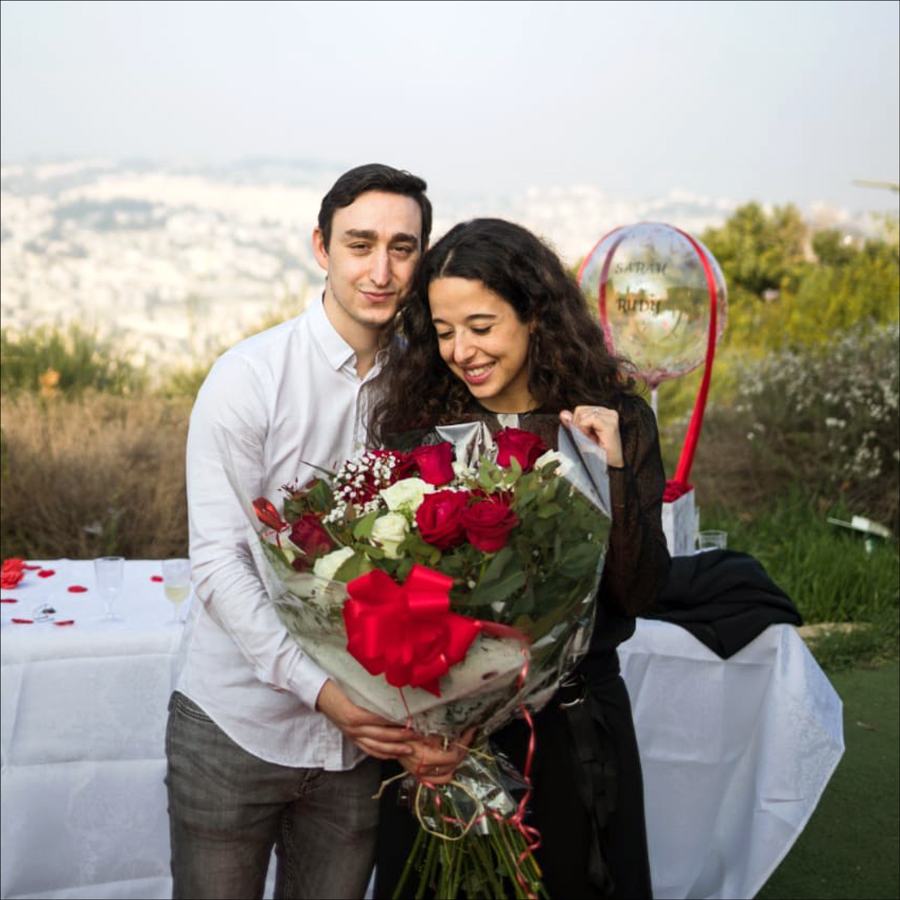 Sarah and Rudy grew up in the same city in France. They had mutual friends, knew members of each other’s families, and were involved in the same social circles — yet they never met until they both made Aliyah. It was only at The Jewish Agency’s Ulpan Etzion, Israel’s flagship intensive Hebrew learning program, that their paths finally crossed, their love of Israel bringing them together.

“It had been my dream to immigrate to Israel and build my home there ever since I was a teen,” said Sarah. “I have always had an inexplicable, inner love for Israel. My first visit to this country was with my grandparents, and the moment the plane touched the ground I realized, this is my home. Since then, every time I land at Ben Gurion Airport, I cry tears of joy.”

After finishing her schooling in France, Sarah spent three years living and working in New York. But she always knew Aliyah was in her future.

“What I feel when I’m in Israel, I’ve never felt anywhere else,” Sarah reflected.

When Sarah did decide to go forward and make Aliyah, she did so without speaking a word of Hebrew. She was advised to enroll in Ulpan Etzion, what she calls ‘the best Hebrew language ulpan in the country.’

“Ulpan Etzion was so good for me, both academically and socially, that I insisted on staying for an additional semester,” Sarah said. “And that’s how my life changed.”

During her additional semester, Sarah approached Rudy and they quickly bonded after learning they were from the same city and knew the same people. In fact, Sarah actually knew Rudy’s brother and cousins.

“I thought to myself, what are the chances that I’d meet my future wife, who grew up practically next door in France, here in Israel, three thousand miles away?” Rudy recalled.

When COVID hit, Rudy and Sarah spent even more time together, becoming engaged in mid-2021.

“When the pandemic started, I couldn’t have asked to be in a better place than Ulpan Etzion,” stated Sarah. “For half a year we were in a closed bubble together, 160 students. We became each other’s family. About 10 couples actually sprung up from that time – that’s 10 new families starting in Israel!”

“Our decision to make Aliyah will affect our children, and their children as they will be Israelis, serving in the army and protecting our country,” said Rudy, thinking ahead to his and Sarah’s future. “I think that is the best thing about Aliyah, the ability to build the State of Israel with our own hands.”

Rudy and Sarah were invited to speak at The Jewish Agency’s farewell event for Chairman Isaac Herzog on July 5, days before Herzog was sworn in as Israel’s 11th President. At the event, they thanked former Chairman Herzog and invited him to their summer wedding.

“Thank you for all you did to keep immigration to Israel going during the pandemic,” Rudy said at the event. “Without that, we wouldn’t be getting married next month.”