Bringing an Israeli Connection to Chattanooga | The Jewish Agency 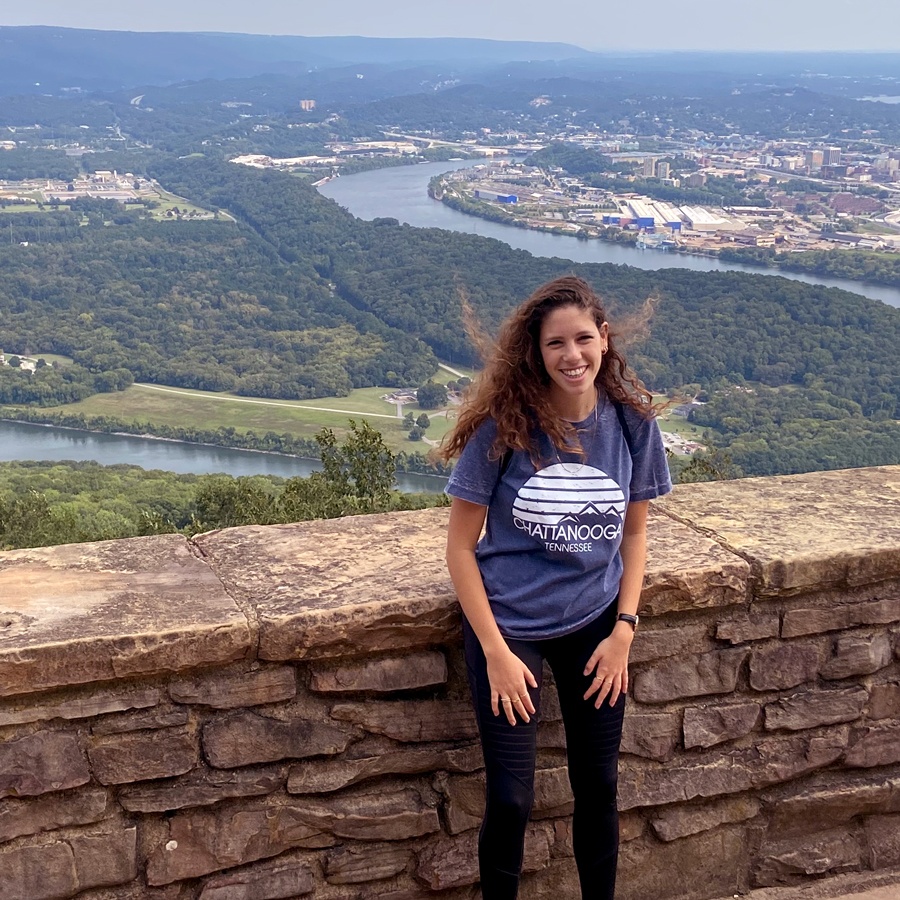 Bringing an Israeli Connection to Chattanooga
Inbal has been serving as a Jewish Agency Shlichah (Israeli emissary) to Chattanooga, Tennessee, for two years. But her engagement with The Jewish Agency, and connecting with world Jewry, goes back to seventh grade.

Inbal, 24, from Alon HaGalil in the Lower Galilee, has long been involved in Jewish Agency programs. In 7th grade, she was chosen to participate in a Partnership2Gether (P2G) program, attending a month-long session at a Jewish summer camp outside Detroit, MI. After returning home, she joined her region’s P2G partnership (Central Galilee – Michigan) teen leadership program, going on to be part of a Teen Mission trip around Israel that included a visit to Detroit in 2014.

“Going to camp in Detroit through P2G was a life-changing experience. It was the first time I was exposed to world Jewry, and it was fascinating,” remembered Inbal. “And during my time in the teen leadership program, I got to form deep friendships with Israelis as we volunteered and learned together and also got to host and meet with different groups from abroad that were visiting our partnership region.”

After spending so much time at Jewish Agency programs as a teenager, Inbal thought she was done with that chapter of her life. She graduated from high school and did a gap year doing community service in Israel, then enlisted in the Israel Defense Force, serving for two years in a special unit in the intelligence force. While serving in the army, she realized she wasn’t sure what she wanted to do once she was out. That’s when her sister connected her with a friend to talk to her about The Jewish Agency’s Shlichim (Israeli emissaries) program.

“Within five minutes of my being on the phone with this former Shaliach (Israeli emissary), I knew this was the right thing for me to do,” Inbal stated. “And now I’ve been an emissary in Chattanooga, TN, for just about two years and the Jewish community here is the warmest and most accepting.”

As a Shlichah, Inbal is bringing Israel to life for the local community, acting as a living bridge to the Jewish state. Though Inbal arrived in Chattanooga right in the middle of the worldwide COVID-19 pandemic, she was still invited into people’s homes and lives. That allowed her to quickly start making an impact and carrying out the position’s responsibilities.

“By forming relationships with me, a young Israeli, people here – both Jewish and not – get the opportunity to see Israel through my eyes,” shared Inbal. “Making connections and having real-life conversations is the best way, in my opinion, to represent my beloved country; there’s truly no substitute for having a Shaliach on the ground. And the bonds I’m creating now will last for years to come.”

Inbal received training from The Jewish Agency Shlichut Institute to prepare for the role of Shlichah. A day as an Israeli emissary in Chattanooga might have her teaching Hebrew at the local Jewish preschool or organizing a Young Jewish Leadership program.

“Every day is different, and that’s one of my favorite parts of being a Shlichah,” said Inbal. “Through different events, I get the chance to bring Israel to the Chattanooga community in meaningful ways. And I know when I go back to Israel, I’ll bring what I’ve learned from the Chattanooga community there, sharing my experiences of what it means to be Jewish outside of the Jewish state.”