Expanding the Definition of Family | The Jewish Agency 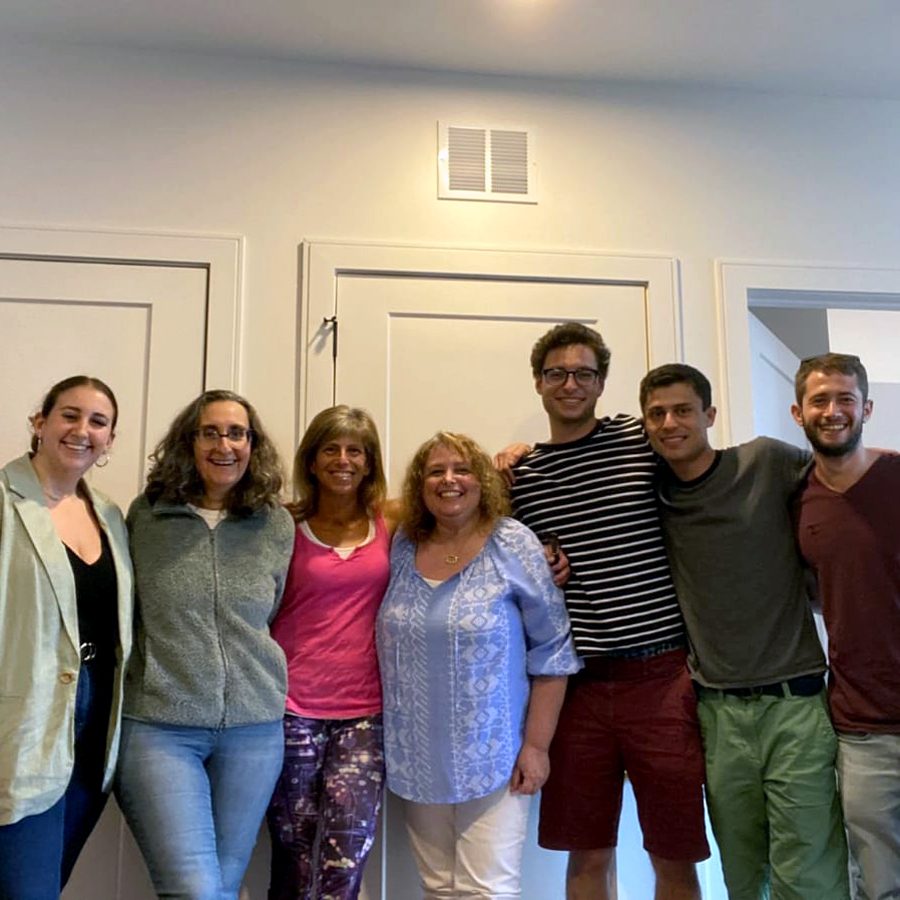 25 Jan Expanding the Definition of Family

In 2013, when Hanna Bachar’s daughter Shai decided to be a counselor at a day camp in Lehigh Valley, the two had no idea the impact that choice would have on their family and how it would lead to their deep involvement in The Jewish Agency and Partnership2Gether (P2G).

Living in Yoav Regional Council, Shai was chosen to be a part of an annual delegation of four Yoav teens who serve as summer camp counselors for nearly two months in Lehigh Valley, Yoav’s paired P2G region, hosted by local families. It was her first time acting as an Israeli emissary, but far from her last.

“Shai had such a great time in Lehigh Valley and became very close with one of the host moms, Miriam Zager, in particular. I was so appreciative of how Miriam treated my daughter that when she got home, I wrote her to say thank you and we kept in touch,” recounted Hanna. “I also was asked at that time by the current co-chair of our partnership to be a part of the P2G committee, and so I joined and started taking on various educational projects.”

Since then, Hanna has been totally devoted to P2G – so much so that when the co-chair who’d asked Hanna to get involved retired, Hanna was asked by The Jewish Agency to take her place. Simultaneously, Miriam was asked to be the co-chair of the partnership in the U.S., so the two work together closely as both friends and colleagues.

“I absolutely love P2G, and find it so meaningful now when we send teens to serve summer camps since that’s how Shai and my family really got involved. The relationships they form during that time are so crucial and strong and they return to Israel with amazing connections,” shared Hanna. “Shai came back in love with the Lehigh community and with the idea of having ties to Jews around the world.”

Wanting to continue to expand her horizons and use what she learned during her time in Lehigh Valley, Shai went on to be a ShinShin (service year Israeli emissary) before serving in the Israeli army where she trained new soldiers, including those from overseas. After her military service, she was a summer camp counselor at Camp Ramah in the Poconos before becoming a Jewish Agency Shlichah (Israeli emissary) for two years in Boston in 2019. Today, Shai is a Shlichah in New York.

“I’m so happy and proud that I set my family on this path of involvement with P2G and The Jewish Agency. The connections we have to this organization and its incredible programs will last forever,” reflected Shai. “I can’t imagine what my life would have been like if I hadn’t embarked on that first emissary service as a teen where I realized that even though we’re not blood-related, the Jews in Lehigh Valley are like family. It’s changed my life, all my family’s lives really, for good.”

Added Hanna: “That’s really P2G’s impact on the Jewish people, instilling the feeling that we are all connected. The communities in our partnership are involved in each other’s lives. We may be on two different sides of the ocean but that doesn’t matter; we’re like one big family who’s always there or each other.”