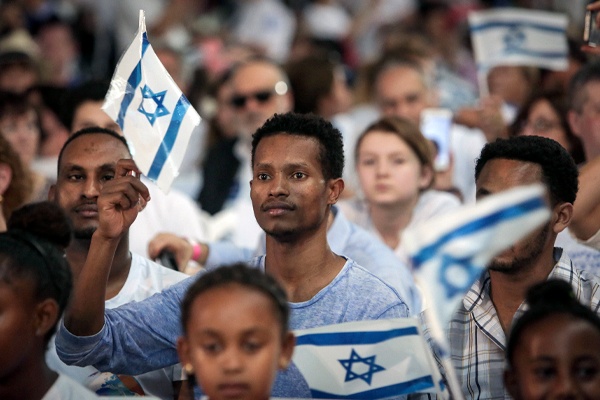 Posted at 11:19h in Press Release by avib
Share

“This past year taught us the true meaning of mutual responsibility among the Jewish people,” says Acting Jewish Agency for Israel Chairman Yaakov Hagoel

“This past year taught us the true meaning of mutual responsibility among the Jewish people,” says Acting Jewish Agency for Israel Chairman Yaakov Hagoel

On the eve of the Jewish new year 5782, the number of Jews worldwide stands at approximately 15.2 million compared to 15.1 million in 5781, according to newly released statistics by The Jewish Agency for Israel.

Among the global Jewish population, the number of Jews in Israel is close to 6.9 million (compared to 6.8 million in 5781), while about 8.3 million live outside Israel (including around 6 million in the United States). The updated estimates by Professor Sergio Della Pergola of the Hebrew University of Jerusalem will be published in the American Jewish Year Book 2021. 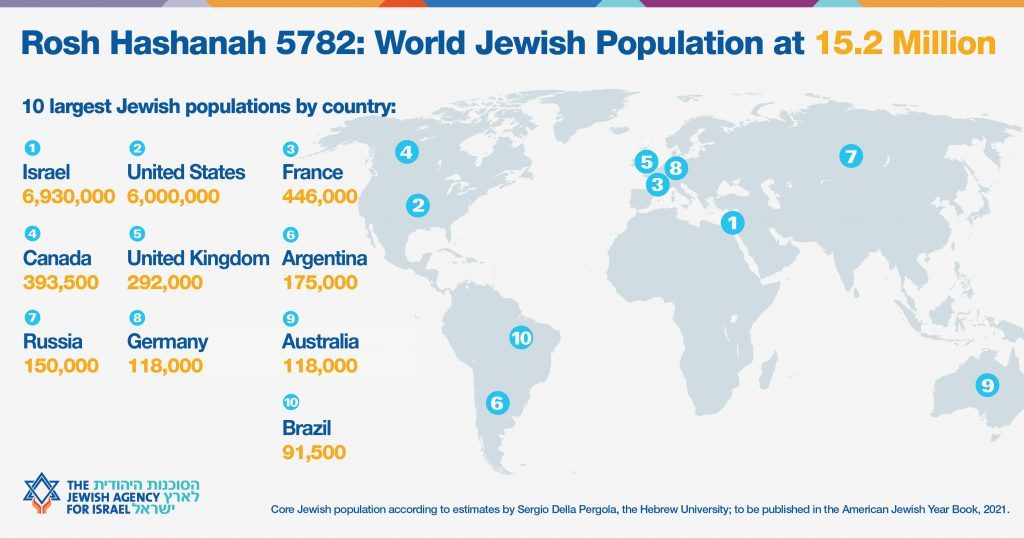 The numbers include those who define themselves as Jews and who do not identify with another religion. When also including those who are eligible for Israeli citizenship under the Law of Return, the world total rises to 25.3 million people, of which 7.3 million are in Israel and 18 million live outside Israel.

The percentage of Jews living in Israel out of all the Jews in the world stands at 45.3 percent, an increase of half a percent over the previous year. The estimated number of Jews in the United States increased by 300,000 following a new survey by the Pew Research Center.

“The year 5781 was very challenging, living in the shadow of a global epidemic, yet more than anything, it taught us the true meaning of mutual responsibility among the Jewish people,” said Acting Jewish Agency Chairman of the Executive and Chairman of the World Zionist Organization Yaakov Hagoel.

“Tens of thousands of new immigrants came to Israel with the help of The Jewish Agency despite the extreme difficulties in international travel, and thousands more young Jews came to Israel on Masa volunteer and career development programs. The Jewish Agency will continue to be a solid bridge of solidarity and mutual responsibility between each community and between the State of Israel and global Jewry.”

Additional data from the study include:

The number of people waiting to make Aliyah to Israel from Ethiopia is estimated at several thousands.